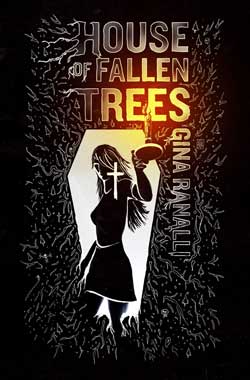 I was shocked to find House of Fallen Trees to be a very solid and, surprisingly, standard entry in the “malevolent structure” tradition. Ranalli keeps within the conventional haunted house parameters while injecting fresh elements via her protagonist and very detail-oriented descriptions of the story’s main setting.

The premise of Fallen Trees is deceptively simple. Novelist Karen Lewis’ brother Sean has seemingly vaporized. Nobody has seen him, heard from him or has any clue where he might have disappeared to — not his family, his lover or his friends. It is, at the outset of the tale, as if he has simply been erased from the world. After several months of zero contact, and with her parents losing hope, Karen begins to receive instant messages on her computer:

She cannot tell who is sending them, whether or not they’re valid, or why anyone would want to harass her, and attempts to block out the disturbing thoughts that trail behind, her brother’s whereabouts nagging her into a quiet discomfort.

She begins to receive phone calls as well, whispered repetitions of the same message. But who are these men, where are they, and what is the carcass? Is it Sean’s body?

When Karen receives an invitation to visit her brother’s longtime boyfriend Rory, whom she has never met and is barely aware of, to go over Sean’s will, the narrative takes off. He has, without ever having mentioned it prior to his disappearance, bequeathed to her his half of the couple’s bed and breakfast, which is still undergoing renovation and has not yet been opened for business. Karen heads to Fallen Trees, Washington, to meet with Rory and his mysteriously aloof friend Saul, who may or may not be Sean’s romantic replacement.

Meeting the boyfriend in person is awkward, as the missing man is the only commonality between Karen and Rory. When the uneasy group makes their way to the house, a three-story affair designed by long-dead shipmaster Captain Frank Storm to resemble a huge ocean vessel docked in the middle of the woods, the usual haunted house antics begin. Unsettling images creep into their dreams, items in the home are moved or disappear entirely, and their waking hours begin to fill with what may or may not be hallucinations.

For choosing to stick within a clearly-defined trope, Ranalli’s setting, characters and story climax stand out as unique, no easy feat when facing a horror genus with an already rich and varied tradition.

While reading the novel, I couldn’t help drawing parallels between Fallen Trees and Stephen King’s short story “1408,” a favorite mine amongst King’s body of work. Both employ a threatening structure, a pragmatic and (initially, at least) unbelieving protagonist and utilize mind-bending reality-shattering antics to both shift reader reality and terrorize helpless characters. Where King’s story capitalizes on the density and overcrowded history of metropolitan high-rise hotels, Ranalli goes in another direction, quietly beguiling her audience with an out of place house moored in the center of a forest fit for the most unsettling of Grimm tales.

Fallen Trees, spine number 001 in Grindhouse’s catalog, is a strong follow-up to Andersen Prunty’s Morning is Dead, and a solid, if not slightly lengthier, introduction to the small press’ unusual offerings. This is a publisher to keep a serious eye on, as all editions are top-notch; none of the issues that tend to plague newer indie companies present themselves — the typeface and layout are both pleasing to the eye and easy to read, no grammatical or syntactical blips blight the narrative and cover artist Brandon Duncan takes a minimalist approach to color and gifts Ranalli’s text with a simple yet powerful design that summarizes the tale within the pages and narrows the concept down to one haunting image.

Fallen Trees is a satisfying and, more importantly, fun read, with a climax and denouement that provide a few extra treats and secrets for the reader. The dense branches of Fallen Trees’ timberland close in around the audience as much as the characters, leaving visual fragments embedded in the mind, especially the ship-like house run aground in the midst of an unending forest. 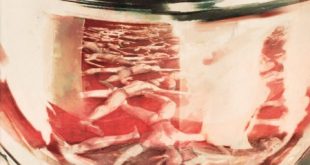 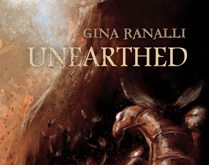