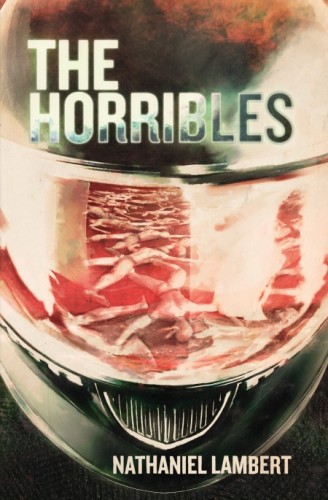 When Sheldon Delaney and his parents moved from Minneapolis to small-town Poe’s Creek, Minnesota, they already stood out a bit more than most. The only black family in a predominantly towheaded community, what could have been an uncomfortable or alienating situation was nullified entirely by the warm welcome the Delaneys received from their neighbors and their immediate immersion in local activities. With good schools and a crime rate much lower than the big city, Sheldon could grow up somewhere safe and comfortable, and his father’s position as an electrician for Burlington Northern assured the family more financial security than they had in their old neighborhood. Within a short time, they’d adjusted to more rural living, and found themselves thrilled with their new home.

The dream of rural bliss ended years ago. While Billie Holiday crooned “Lady Sings the Blues,” a hooded nightmare of black leather and chrome buckles tore through the Delaney family, leaving Sheldon alone and traumatized with the empty, bleeding husks of his parents.

Now he lives alone, still in rural Poe’s Creek, still in the humble house, unable to leave. Suffering from acute agoraphobia, and working a telephone sales job that allows him to draw an income while seated at his kitchen counter, the only link remaining to the outside world is, for him, a young deaf neighbor named Evan who brings him his groceries and fills him in on the small-town gossip. Between Evan and Sheldon’s ever-present, ephemeral parents, who could be ghosts just as easily as they could be symptoms of psychosis, he is rarely alone and feels no need to venture beyond the Delaney front door.

Life for Sheldon again changes when the motorcycle parade returns.

Nathaniel Lambert, one half of the creative team that brought us the “Un-Children’s” book It’s OK to Be a Zombie, crafts a very tight, fast and bizarre read in The Horribles. For a short work (it clocks in at a rapid hundred and twenty-four pages), it has quite a bit packed in between the covers.

One of the biggest logistical concerns when writing novella-length works is the difficulty of telling a complete story with a believable cast while remaining within such strict constraints on length. Lambert does a fine job of circumventing this dilemma by narrowing focus down to Sheldon and Evan, treating the rest of the town’s residents like extras, occasionally spotlighting one or two individuals for cameo moments.

Effective as well is the author’s manipulation of pace via short (and in a few instances, extremely short – think single paragraph) chapters and shifting perspective. As the tension, fear and uncertainty inside the Delaney house mounts, and the motorcade threat grows unbearable, his relation to the main event becomes interspersed with Evan’s viewpoint from the outside, where the young boy is lost in the thick of the scheme, forcing Sheldon to leave the safe confines of his home.

Once again, Grindhouse Press has given readers a quick, unusual and thoroughly entertaining bit of offbeat horror fiction. Spine 003, just like the other titles available from the indie publisher, features a vivid, glossy cover that expertly encapsulates theme and mood, solid editing and layout work and presents itself as a highly competent and well-crafted entry into the bizarre horror genre.

Despite its short length, which by its very nature leaves one wishing for just a bit more, The Horribles is a grotesque, captivating and altogether enjoyable way to burn through an hour or two. 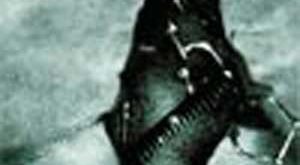 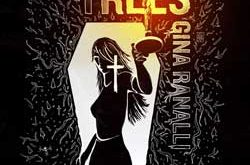