With technology constantly changing, it is sometimes difficult to keep up with it all. VHS tapes used to be the most popular form of movie-watching around, but with the invention of DVDs, Blu-Ray discs and Video on Demand, not many people (except me) buy VHS tapes anymore. Some people don’t even own a VCR. There are many good horror films that have not yet received a DVD release which is very unfortunate.

Many films have faded into obscurity because without a DVD release, no one has any way of seeing them. This list features 10 films I feel deserve a DVD release very much so. Even a bare-bones DVD release would be fine with me, as long as the films are on DVD.

10. The Uncanny
Never heard of this film? No wonder; it has never been released on DVD. This grossly underrated chiller made in 1977 is about a novelist named Wilbur Gray, played by Peter Cushing, who attempts to publish a book he wrote consisting of three stories about evil cats. The three stories are shown on the screen right before our eyes in this anthology similar to those made by Amicus Productions.

This movie not only stars Peter Cushing; it also stars Ray Milland and Donald Pleasance. If you ask me, it is an excellent film and is perfect for all horror fans and cat fans alike. “The Uncanny” was already released on DVD in the U.K., but a DVD in the U.S. is yet to be seen. This movie is a real treat and there is no reason it shouldn’t already be on DVD in the U.S. too. 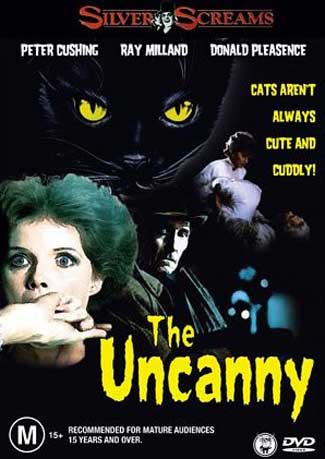 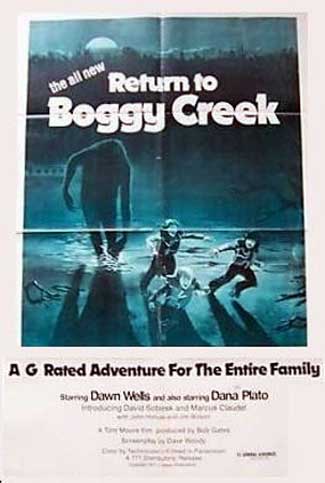 8. Willard (1971)
Many people have probably seen the 2003 version of “Willard” with Crispin Glover in the title role, but I bet over half the people who watched it have never seen the original version. Some may not even be aware that the 2003 version is a remake. I have no doubt that it is most likely because the original has never been released on DVD. “Willard” is about a lonely man whose only friends are his mother and his pet rats. When he discovers that his boss killed one of his rats, he exacts grisly revenge. This movie stars Ernest Borgnine, Elsa Lanchester and Bruce Davison. I am one of the of the people who have never seen this film before but I really want to because the plot sounds very interesting to me. The sequel, entitled “Ben,” has also never been released on DVD. 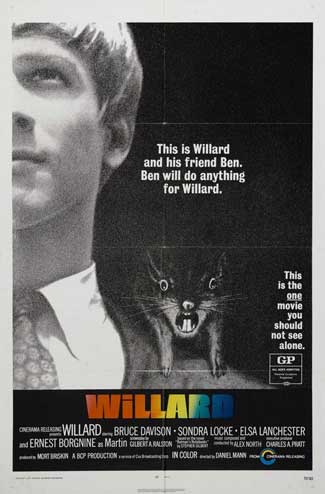 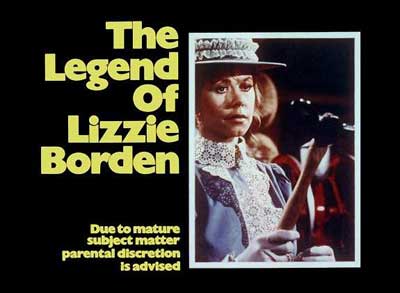 6. The Bates Motel
“The Bates Motel” is a 1987 made-for-TV movie about a mentally insane man who used to be Norman Bates’ roommate at the insane asylum. This man also happens to inherit the Bates Motel. What I wonder is with it being related to a horror classic like “Psycho,” how has it not been released on DVD already? It may just be a TV-movie spinoff of a horror film, but we’re not just talking about any horror film here. We’re talking about “Psycho.” All of the other “Psycho” sequels are on DVD. Even the “Psycho” remake is on DVD. So why can’t “The Bates Motel” be on DVD? It makes absolutely no sense to me that this film has not received a release yet. Bud Cort plays the role of the main character, Alex West, and Lori Petty plays Willie. 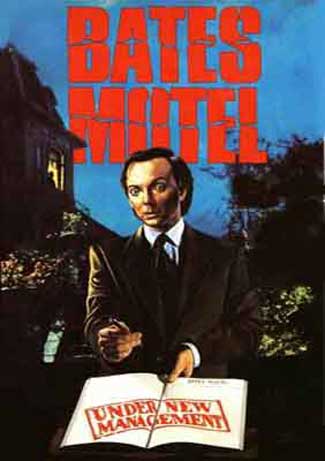 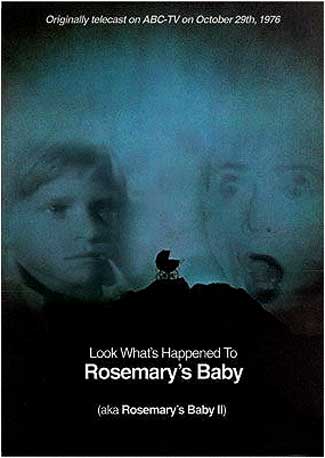 4. Dark Night of the Scarecrow
In my opinion, “Dark Night of the Scarecrow” is one of the best horror films I have ever seen. It is a 1981 made-for-TV movie starring Charles Durning and Larry Drake. It is about a developmentally disabled man named Bubba who becomes friends with a little girl named Marylee. Marylee and Bubba are playing a game one day and Marylee is attacked by a dog. A man named Otis assumes that Marlyee is dead and that Bubba is reponsible, so he starts a vigilante mob and has Bubba killed. Otis and his friends are acquitted of the crime. But someone, or something, dressed as a scarecrow plans to avenge Bubba’s death. This is one of the best horror films I have ever seen, because unlike many other horror films, it does not have even a drop of blood. It relies on character development and story development. This film definitely deserves to be on DVD right away and this is a film I feel deserves lots of extra features when it released on DVD. 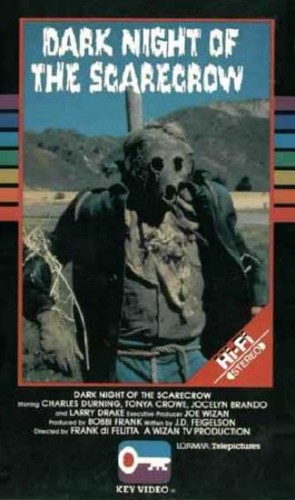 3. Night of Dark Shadows
“Night of Dark Shadows” is a 1971 movie based on the classic soap opera “Dark Shadows.” It is also the sequel to the 1970 movie “House of Dark Shadows.” It is about a painter, Quentin Collins, and his wife Tracy. They move into a mansion called Collinwood and Quentin begins to have strange dreams and hallucinations. He later discovers that he is the reincarnation of his ancestor Charles Collins. But that is the least of his worries… “Night of the Dark Shadows” is an excellent movie. I watch my VHS copy of it regularly because it such a great film. But it would be nice if it were released on DVD because the VHS tape is extremely hard to find for other fans who wish to share my enjoyment of it. I think that this is another film that deserves a lot of extra features if it ever receives a DVD release. 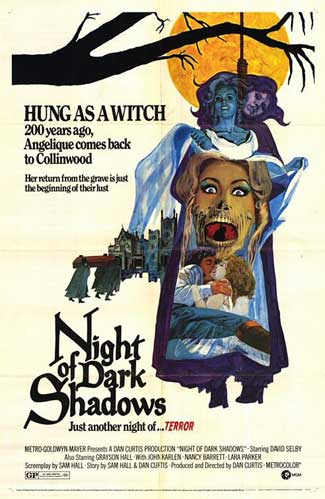 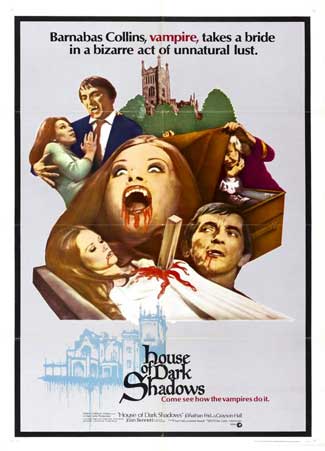 1. The Town That Dreaded Sundown
Any list that has horror movies that deserve DVD releases would be incomplete without including “The Town That Dreaded Sundown,” a 1976 documentary/horror film directed by the late Charles B. Pierce, the maker of the cult-classic “The Legend of Boggy Creek.” It was inspired by the true story of the Texarkana Moonlight Murders, in which a murderer with a burlap sack over his head, murders young couples at Lovers’ Lanes. It is a fascinating account of an intriguing case and judging by its message board on IMDb, it seems to have a pretty decent fanbase, so there is no excuse for it not be released on DVD already. It features Dawn Wells of “Gilligan’s Island” fame, and several people who starred in “The Legend of Boggy Creek.” I would really like to see this film get a DVD release. 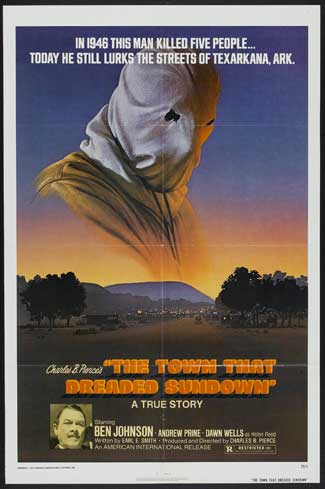 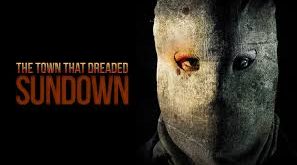 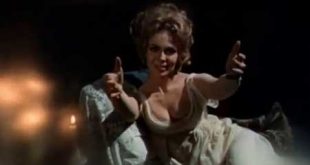