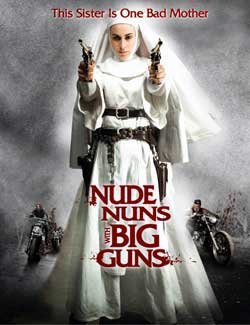 After becoming a nun Sister Sarah is abused physically and mentally, drugged out of her mind, and forced to whore herself out to a slew of skanky customers by the low-life criminal Chavo and his gang of misfits (as well as the church). After a bad drug trip she gets a message from God telling her to seek vengeance on her tormentors. She then sets out to kill all of those who wronged her, leaving a trail of dead bodies and blood wherever she goes.

Are you looking for a movie with boobs, boobs, and more boobs? Want to see a flick that has an insane amount of female nudity, several lesbian love scenes and fun, over the top violence? Then my friends, you don’t have to look any further than “Nude Nuns with Big Guns.” I had an absolute blast with this movie and I think that a lot of other viewers will as well.

Before I watched it I went into it with less than high expectations. Just going by the title I thought that I was in for yet another painfully unfunny Troma rip off that was going to be wacky and obnoxious. Fortunately, I couldn’t have been more wrong. What we get instead is an action-packed revenge film that harkens back to the good old Grindhouse drive-in flicks of the 70’s. I think that this was the best “nunsplotation” film since Sergio Greico’s 1974 classic “The Sinful Nuns of Saint Valentine.”

There is a lot to really like about this movie. In addition to a ton of female nudity (and a little bit of male nudity for the ladies or the guys who are into that) we get some very cool violence. We are treated to more gunshot wounds than I could count here (mostly to the head), and one in particular really stands out as someone has his wang shot off and he actually picks it up off the ground and holds it before he dies! We also have a head bashed in with a ball bat, a stabbing, and a person being strangled to death with Rosary beads. This movie doesn’t skimp on the violence and Sister Sarah is one hardcore chick. I sure as hell wouldn’t want to get on her bad side.

I also enjoyed the premise of the movie as well. It is a little out there (and I mean that in the most positive way possible) and is totally different from a lot of other movies that I’ve seen in quite a while. The premise is original and it was refreshing to see someone try something new and different for a change as the filmmakers did here. I am usually not into action flicks at all but I dug this one immensely. If more action flicks where as good as this one then I may have to check more of them out. 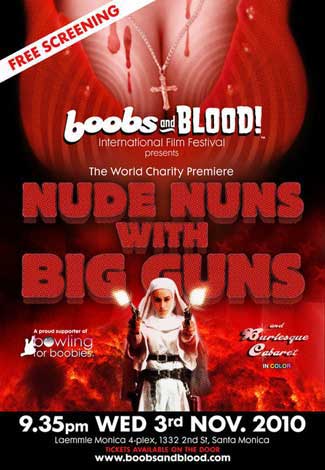 “Nude Nuns with Big Guns” also can boast an impressive cast as well. I was blown away by Asun Ortega’s performance as Sister Sarah and thought that she did a kick ass job as the badass, take-no-prisoners vigilante nun (plus she was pretty damn nice to look at as well). It was fun watching her blow people away left and right and she did an excellent job. David Castro also did a great job as Chavo, who is the main villain of the film. He is so sleazy and evil while being charming at the same time and I couldn’t help but like him. The same can be said for Xango Henry, who plays Kickstand (gotta love the name). Kickstand is a sexual deviant and just a bad person in general, but for some reason I found myself liking the character. I can honestly say that everyone involved did a great job and there wasn’t a single character that I had any problems with (just wait until you see Butch who runs the local hotel. There person wasn’t at all what I was expecting). 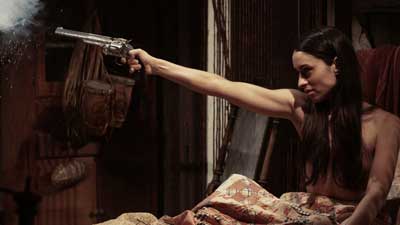 I had an excellent time watching “Nude Nuns with Big Guns.” If I didn’t know any better I would swear that Tarentino and Rodriguez were behind it. It is just a fun, over the top movie and I think that most people will dig it. Check it out if you get the chance to do so. I think that it pretty much ruled and has a little something for every taste. 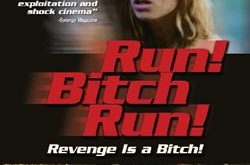 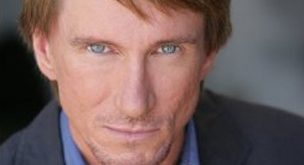 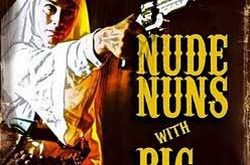