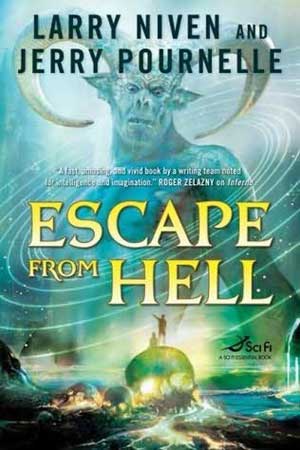 What if the nether-world popularly known as the Hell, as imagined by Dante Alighieri in his DIVINE COMEDY, actually existed? That was the premised presented by Larry Niven and Jerry Pournelle in their 1976 sci-fi classic novel, INFERNO. In INFERNO, a science-fiction author named Allen Carpentier awakes after an apparent suicide and finds himself on the outskirts of what he calls Infernoland and later realizes it is actually Hell. His savior and tour guide through the many circles of Hell was a suspiciously familiar character who calls himself Benito. Carpentier finds out before the end of INFERNO that he is actually Benito Mussolini. They travel through each of the intricately detailed circles of Hell and find them to be exactly as Dante originally described in his classic poem. At the end of that novel, Benito is able to leave Hell while Carpentier decides to stay — with a newfound desire to free all those who are undeservedly stuck in this land of torment and torture.

Thus begins the premise of ESCAPE FROM HELL, written a full twenty-three (23) years after INFERNO. Allen Carpentier starts his journey back where he originally began his own trek in INFERNO, on the outskirts of Hell. Within the Woods of Suicide, he befriends a tree that has human-like features including the ability to speak. This tree turns out to be the famous poet/novelist, Sylvia Plath, who committed suicide in the 1963 shortly after the publication of her penultimate work, THE BELL JAR. Carpentier burns the tree down that houses her soul and the actual physical form of Plath is released. She and Carpentier then begin the same journey he had undertaken with Benito many years earlier (even though there are no technical ‘years’ in Hell) to find tormented souls in need of release and lead them safely out of Hell.

What transpires is very similar to the first book, as Circle by Circle the pair meets up with infamous characters that existed throughout history. Niven and Pournelle place Dramatis Personae at the beginning of the novel that allows the readers to follow along with all of the people that are introduced and pinpoints the exact location they exist in. There is also a diagram of the full geography of Hell — identical to the one that was originally depicted in INFERNO — that will give readers a map to guide them through the same journey Carpentier and Plath are undertaking.

INFERNO featured characters like Mussolini, Billy the Kid, Jesse James and fictional characters that existed in Carpentier’s life. ESCAPE FROM HELL ups the ante on guest.

appearances with characters like: T.S. Eliot, Bertrand Russell, Carl Sagan, Oscar Wilde, Pontius Pilate, Robert Oppenheimer and, of course, Lucifer himself. Carpentier sees himself as a Messiah-like figure who was blessed with the ability to find a way out of Hell and now believes his sole purpose in existing is to liberate as many souls from Hell as he can.

At points, the novel tends to deeply extract elements from Dante’s work and may at times only appeal to those fluent in his original work. For those who are familiar with the many historical and popular figures depicted within, the novel will appear almost darkly comic as you realize that many of these figures do not belong in such a place. I particularly liked the depiction of Carl Sagan, who had been a profound Atheist, as he rejects his beliefs and embraces the Church in an effort to escape the many demons he is surrounded by. Niven and Pournelle definitely create a lot of room for discussion as even Lucifer questions God’s virtue if he allows such a place as Hell to exist and suggests he runs the universe like rolling a pair of dice. Full of action and philosophical debate, ESCAPE FROM HELL is clearly much more than a Sci-Fi novel and is a fine companion piece to INFERNO. 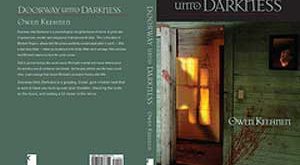