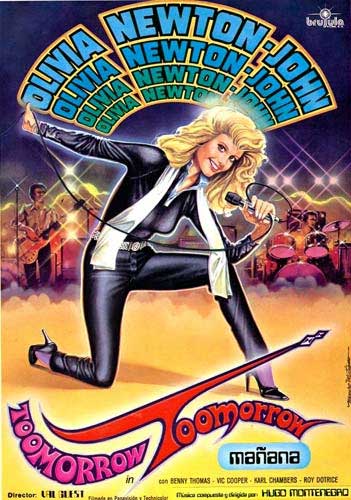 “A group of students pay their way through school by forming a pop band called Toomorrow. Sonic vibrations from a special instrument called a ‘tonaliser’ cause an extraterrestrial to abduct the group, and have them entertain the Alphoid population.” (courtesy Wikipedia)

In the early seventies, diversification within genre films continued after the breakthrough year of 1968. For instance, the year 1970 saw the first science fiction musical since Just Imagine (1930), though not many people have had the opportunity of seeing it. The film was called Toomorrow (1970) and was the brainfart…I mean, brainchild of Harry Saltzman, the Canadian-born producer who, with Albert ‘Cubby’ Broccoli, had launched the James Bond series of movies. I had the opportunity to talk to the film’s writer and director, Val Guest, when we met on the set of the 1976 television show Space: 1999: 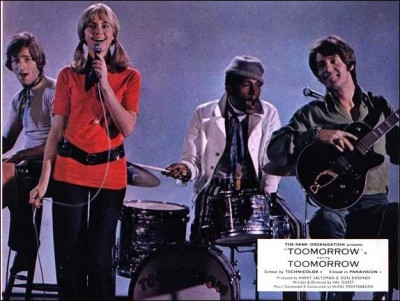 “When I joined the project, Harry had all sorts of ideas about the film, but the script had not yet been written. He brought in David Benedictus to do the script but after about thirty pages Harry called me in and said ‘This isn’t right, is it?’ And I said ‘No, but we can make it right.’ It was very well written but a little too ‘high-falutin’ – obviously not the sort of musical that Harry wanted to make. So Harry said. ‘Well, don’t say anything to David, let him go and finish but you start writing the script from scratch now. I’ll take care of David.’ So I went ahead and did as he said, but it wasn’t until I’d finished my script that David found out that there was another script apart from his. Apparently Harry had never told him, and as a result I made a great enemy of David Benedictus – he wrote me the most ghastly letter.”

Val Guest wrote screenplays in the thirties, including working on scripts for Will Hay as well as some film soundtracks, before becoming a director in the forties with Miss London Limited (1943). He went on to direct, produce and script a huge number of films over the following forty years, with perhaps his best known work being The Quatermass Xperiment (1955) and Quatermass II (1957) for Hammer Studios. He also directed the highly regarded science fiction films The Abominable Snowman (1957) and The Day The Earth Caught Fire (1961) which won him a BAFTA Award with Wolf Mankowitz for Best Screenplay. He also directed and wrote the screenplay for When Diana Dors Ruled The Earth (1970). 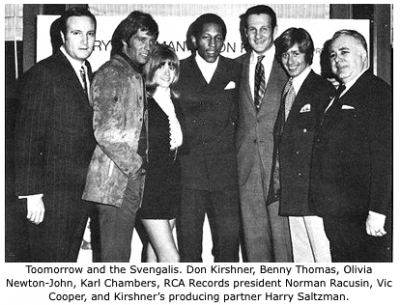 “Toomorrow was to be the first space musical. The basic plot was there was a galactic shortage of sound and these aliens send an emissary to Earth to locate the type of sound that contains certain vibrations they lack up there. The aliens pick on a group of poor struggling musicians mainly, I think, because one of them has a home made synthesiser. So these kids get transported up into a spacecraft to teach the galactic people how to make this sound. Anyway, I think that was the plot, but working with Harry was similar to my experience with producer Charlie Feldman on Casino Royale (1966). It became a vast project and Harry spent a lot of money on it, about eight or nine million dollars altogether. He was never satisfied, he was always wanting to redo a scene or rebuild a set in a different way. He went into partnership with Don Kirshner, who was known as Mister Music in America, but Don, halfway through the film, backed out because he couldn’t get on with Harry.” 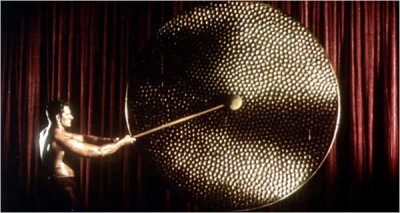 “Eventually the film was finished and it was delivered over to Rank Distributors, who opened it at the London Palladium cinema. It only ran for two weeks because I put an injunction on it and they had to take it off. The reason I did that was because I hadn’t been paid. And I haven’t been paid to this day, even though I later won a High Court case against the company that had made it, Sweet Music. So the film has never been shown at all since then, anywhere. Perhaps Rank will say one day that it’s probably worth paying me just to be able to screen it somewhere, though it’s way out of date now. I think it could have been a success at the time. It was a lot of fun, it had some great visuals and very good special effects by John Stears, and it had a good score written by two guys who wrote a lot of stuff for The Monkees. Don Kirshner had brought them over and, what’s more, it launched a new young singer called Olivia Newton-John. It should have made money.” 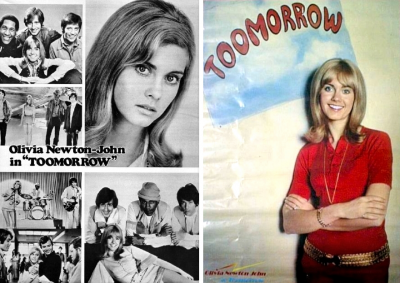 According to my lovely compatriot Olivia, the film and album took about two years to make and she was sent back and forth to America, sometimes only to be told she was not needed and sent on holiday for a week. The group members were all on rather high wages too, and Olivia was paid a yearly retainer of AUS$10,000 which, in 1970 dollars, wasn’t exactly peanuts. She told me back in 1983 that she had been asked to do a scene in her undies but she refused and burst into tears at the very thought. Olivia wasn’t terribly happy with her acting in this movie and said she was instructed to ‘project’ so spent a lot of her time shouting. Her English accent doesn’t always work, either, but Olivia has since made peace with the movie, laughing Toomorrow off as a potential cult movie: “Our film died a death and it was all a bit of a shambles. But it was a good experience.” 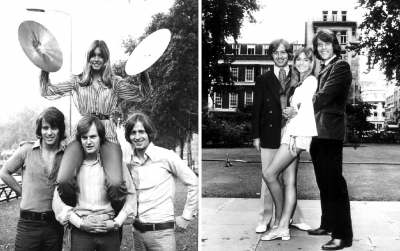 The film opened amidst much publicity and Bruce Welch, who was Olivia’s beau at the time, told me, “The film was a disgrace. It was reminiscent of so many of the low-budget pop pictures that were made during the early sixties, and the biggest let down of all was the music. It was all so lightweight, there were no hit songs, the numbers were naive and instantly forgettable. Instead of going for the best songwriters available, Kirshner had simply handed the job to some unknown writers he had signed to his publishing company and, of course, it couldn’t possibly work.” 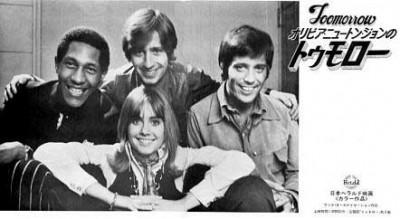 Those critics who did manage to see Toomorrow seemed to agree. One typical comment was that of the Monthly Film Bulletin, which called it “A corny blend of pop and science fiction. Extravagant sets and a fresh-faced, embarrassingly ingratiating pop group light years away from the real thing.” The group Toomorrow was to be launched via the cinema as well as album and single. The group consisted of Australian 21-year-old Olivia Newton-John, 25-year-old English keyboard player Vic Cooper, 22-year-old American drummer Karl Chambers, and 24-year-old American singer Ben Thomas. Originally Chris Slade (who went on to find fame with Australian rockers AC/DC) was to be a member but dropped out before the movie went into production and was replaced at the last minute by Karl Chambers. Toomorrow released a self-titled album and two singles, all of which are now rare and expensive collectibles. 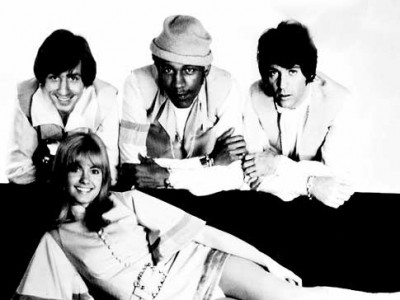 Nowadays Don Kirshner distances himself from the project entirely, and told me that he left the project before it was finished because he could see it was going in the wrong direction and, if he had the choice, would never allow the movie to be shown again during his lifetime. I have been informed that the one remaining film print is now in private hands – could it be Mr. Kirshner’s? I’ll leave you to ponder that puzzlement, but not before thanking certain sources for their vital assistance in my research: Rock N’ Roll I Gave You The Best Years of My Life by Bruce Welch (published 1989), NME Magazine (March 1971), and Monthly Film Bulletin Magazine. I look forward to your company next week when I have the opportunity to freeze the blood in your veins with more sickening horror to make your stomach turn and your flesh crawl in yet another fear-filled fang-fest for…Horror News! Toodles! 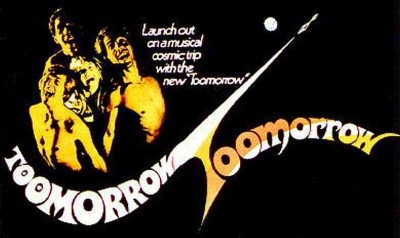 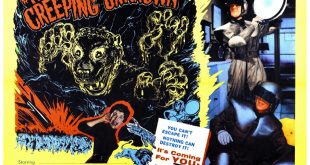