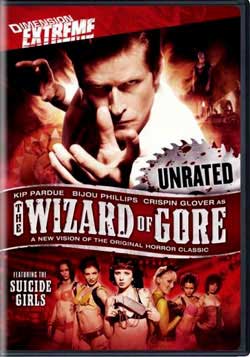 Magic, madness and mayhem join in this diabolical remake of the 1970 horror cult classic. Crispin Glover (Willard) stars as a master illusionist whose female audience participants (The Suicide Girls) are hideously murdered onstage, only to miraculously reappear untouched. But when a smart reporter (Kip Pardue, Remember the Titans) finds they re later turning up dead with the same wounds as those inflicted during the performance, his investigation leads to unimaginable terror. Featuring Bijou Phillips (Hostel: Part II) and Brad Dourif (Rob Zombie s Halloween), Wizard of Gore takes you on a terrifying journey deep into the heart of evil.

I came out of this one with genuine mixed feelings. By midpoint of the film I was thinking “what a great original piece this is (even though based on its early predecessor. Always a fan a Crispin’s work, his darkly entertaining performance role stole the show as the enigmatic Montag the magician.

It wasn’t till the end credits that I realized that Montag’s rat eating assistant was the brilliantly made up Jeffrey Combs who at first glance looked more like Rob Zombie. (hold on, check box cover…was Rob Zombie in this?, nope) The featuring of the Suicide Girls as the magicians subjects also fit perfect for the overall direction. Brad Dourif’s role played out wonderfully as a modern day medicine man.

WOG had a unique combination of present day cyber punk and something more classic you’d expect out of the 1940’s though it was clearly grounded in the present. I found the live torture scenes to be both both brutal and clever. Often camera shots gave you the feeling as if you were there with them in the audience. And from the perspective of the camera, it appears as if that may also have been the intention of the director.

Most noticeably was the high energy soundtrack that contributed greatly to the film. Enough that prompted me to do a quick search on Amazon shortly after. (Note – no sign yet of Soundtrack)

It was going pretty well.

Though one of the things that tends to kill a good thing is over complicating a story line and intermixing it with drug induced plot twists. It wasn’t that the Wizard of Gore remake was bad, it just could of gone a different direction. By the end of the film it had lost that drive that hooked me in the first half and sent me plunging into utter confusion. I’ve run across this often where a great lead up tries to bring it altogether with a paranoid dreamlike ending. 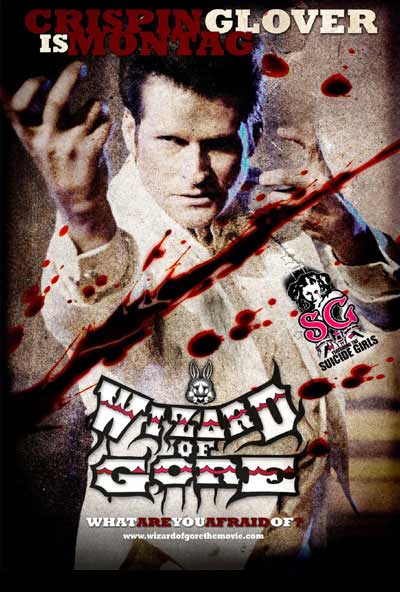 Sure we make the connection that evil was in fact right in front of our faces. Although, I came out if feeling like the fun and mystery had been plucked away and the if the show must go on, it really didn’t in this case.

In summary, we have both a mix of hit and miss. The first act is a hit, the 2nd act leaves more to be desired. Which is a shame as I really began to dig into the chili they were serving. 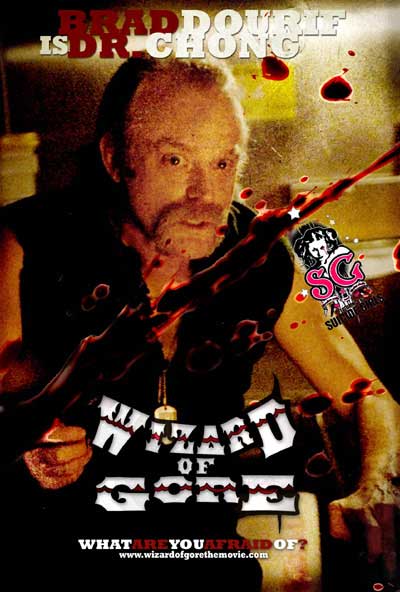 All in all, I thought WOG was entertaining but viewers may not like its resolve. If you are fans of Crispin’s work, this one will be a highlight moment.

Tags The Wizard of Gore 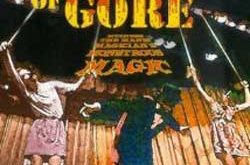 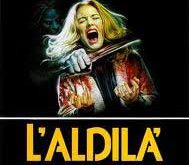 My Journey to The Beyond: A Fan’s Discovery of Fulci’s Classic