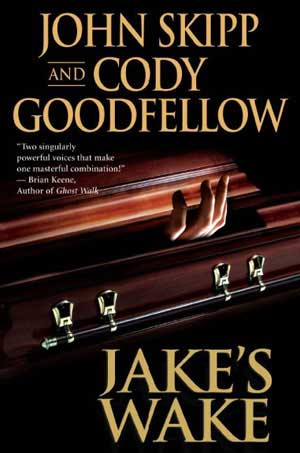 Jake Connaway was a pastor who promised his followers everlasting life. He is considered to be a televangelist who has a cult following. Everyone follows Jake’s word. Well Jake isn’t all that he appears to be, he’s very manipulative and truth be told, very evil. He is the type of person that you would love to hate. He only cares about himself and treats women as if they were nothing more than trash. He uses them and takes advantage of him.

Well one night he decides to hook up with a girl named Sugar, she takes him home to her place. As they were in the middle of their f*ck fest, Sugar’s jealous boyfriend, Frankie shows up and out of the blue stabs his knife right into Jake’s back. Everyone thought that Jake was gone for good. A wake was held for his passing, the people that were over at where Jake used to live with his now widow wife Esther are, Emmy, Mathias, Evangeline, her two cohorts Christian and Jasper and the handyman who turned into Esther’s lover Eddie. They are all gathered to mourn the loss of Jake, only this is no mere mourning, they all knew what Jake was truly about. They all knew of what he liked to do with the countless women he abused and tortured.

Unknown to all of them, Jake has risen from beyond the grave and has a score to settle with the people who are at his house now. He has enlisted the aide of his loyal friend Gray where the two are now seeking out their own twisted form of justice in the way that Jake sees it. Jake has become obsessed to the point where he sees this as a day of reckoning. What he doesn’t realize is that Demons from Hell have followed him into this world.

This is the first book that I’ve read by John Skipp and Cody Goodfellow. Together they are one hell of a writing team. It is true that John Skipp is the godfather of the splatterpunk genre, the book is very violent and twisted in a very good way. This would make one hell of a movie. The characters are very sympathetic and the character of Jake himself is someone you would love to hate. The writing is very rich, it’s hard to tell who wrote what. The writers of this novel share the same style that makes the story flow smoothly. I’ve heard of John Skipp’s earlier novel The Long Last Call so Jake’s Wake was the very first novel I’ve read of John’s. Now I’m going to go and order a copy of The Long Last Call to read more of his style.
The book is very tense at times and I could not stop reading it. I wondered who was going to live and who was going to die.

The ending was very good and very pleasing for any fans of a certain genre that involves the walking dead. The book is very different from what is out there now. There are so many twists and turns in this novel that it’s unbelievable. You would have to take my word for it and go out, buy yourself a copy of Jake’s Wake and experience the true brutal form of horror that both John Skipp and Cody Goodfellow had delivered us. This is one novel that will be unforgettable for some time to come. They have really made an impact when they teamed up to write this horrific tale of madness from beyond the grave.

Any fans of the horror genre would enjoy this book so much. This is like a love letter to a genre that was long thought dead, but slowly but surely it is rising from the depths of hell from whence it came, thanks to authors like John Skipp and Cody Goodfellow.

John Skipp wants to introduce you to ROSE