Asylum Press releases preview for their latest trade paperback Zombie Terrors, An Anthology of the Undead

“We’re calling it Zombie Terrors, an Anthology of the Undead,” says Publisher/Creator Frank Forte, “it’s a collection of horrific and fantastic stories featuring everyone’s favorite brain eaters.” Szymon Kudranski (SPAWN) brings us The Barber, a tale of the undead and the Mob. In Creature Converts, by Canadian storyboard and comic artist Craig Wilson, a cat lady’s feline friends develop a taste for the flesh. In Feast ( written by Royal McGraw (Batman:Battle for the Cowl, Commissioner Gordon), Illustrated by Adauto Silva ) a gangster’s taste for a delicacy becomes his end. In Hate by Doug Williams, a zombie must confront what he’s become.

Billy George brings us The Undead Templars a tale of the blind dead. Allison written by Myself and illustrated by horror master Tim Vigil, colored by Joe Vigil, a lovesick man tries to ressurect his dead lover with horrifying results. Bond follows a lone survivor in a zombie holocaust (by Euro guys Bartosz Sztybor and Macie Wodz). Grmbghraaaaagh! (by Bartosz Sztybor and Pawel Wojiechowicz) is a tale of zombies trying to escape what they are. Dead of Night by Joie Simmons is a great B&W tale. David Paleo brings Rot Clowns, which is rendered in a great old school brush style. Bunker Buster (Illustrated by Steve Mannion) is a tale of Nazi Scientists trying to engineer zombie super-soldiers.

Aaron Rintoul brings When we Disappear, a esoteric tale of zombie armageddon where we track two lovers trying to survive. Other tales by Robert S. Rhine (Girls and Corpses) , Nenad Gucunja, JC Wong, myself and others. Also includes a special preview of the upcoming voodoo/zombie series Undead Evil illustrated by Nenad Gucunja.

Shipping this Sept for the Halloween season will be Zombie Terrors (ISBN13: 978-1-61724-001-0 ), a 152 page anthology of stories based on the undead. It features writers and artist from all over the world.

Preview can be seen here:
www.asylumpress.com/ZT_Preview.htmlwww.previewsworld.com/public/default.asp?t=1&m=1&c=6&s=784&ai=97411www.zombieterrrors.com 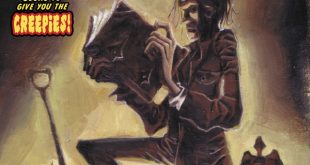 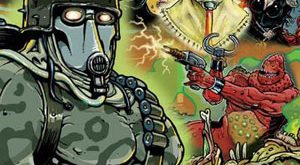 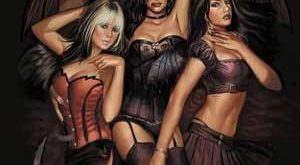