Rev Your Engines for Death Race 2

A straight to DVD sequel of Death Race is set to be released on DVD, Blue Ray, and On-Demand this January 18th.  It has a solid cast in Danny Trejo (Machete), Ving Rhames (Pirahna 3D), and Luke Gloss (Hellboy II).  I love the matchup of Danny and Ving which I must say really piqued my interest in this film.  I’m normally not a fan of straight to DVD sequels especially when it’s too a remade film.  This might be worth checking out though. 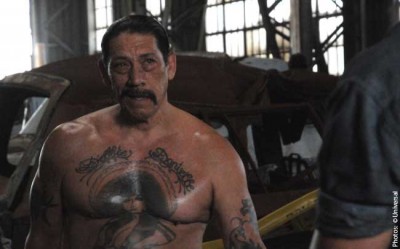 Read the synopsis and check out some pictures that Fangoria provided after the jump.

DEATH RACE 2 takes place in the very near future, as the United States economy begins to decline and violent crime starts to spiral out of control. To contain the growing criminal population, a vast network of for-profit, private prisons springs up, creating a lawless subculture ruled by gangs, cold-blooded killers and sociopaths. The worst of these prisons is Terminal Island, where inmates fight each other in a highly rated televised death match.

There are no rules, and the winner is the one who survives the gladiator-style, no-holds-barred competition. Convicted cop-killer Carl Lucas (Goss) arrives on the Island to serve his life sentence just as ruthlessly ambitious television personality September Jones (Lauren Cohan of THE VAMPIRE DIARIES and SUPERNATURAL) evolves the death match into the ultimate reality show—Death Race. A brutal prison-yard demolition derby that pits prisoners against each other in steel reinforced, heavily armed vehicles, Death Race offers the winner the ultimate prize: freedom—if he can survive to enjoy it. 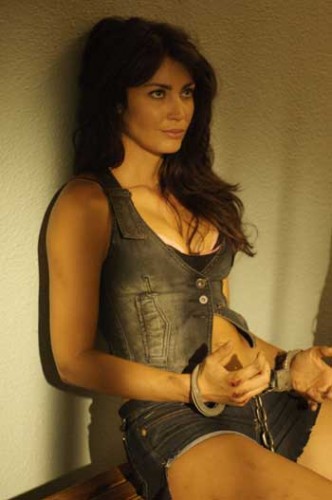