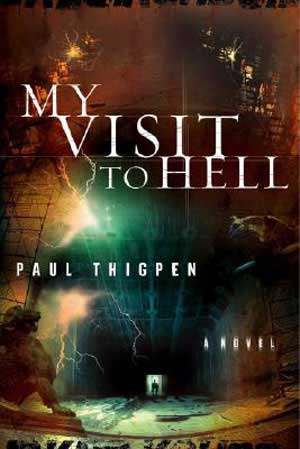 MY VISIT TO HELL (PAPERBACK)

I have long been a fan of “Dante’s Inferno” masterpiece. As confusing as it can get, the core story is an epic film in the making. I have to say I’ve just read another book which I feel the same way about. Although it is clearly derived from “Inferno” it is its own product as well. Being that this column of book reviews might seem an odd place for books on Christianity, there are some that perfectly fit like a glove. Paul Thigpen set out to write a “fiction” book on hell. No not another “I’ve been to hell” and can tell you what I’ve seen ” books but a fantasy epic full of horror, spirituality and purpose.

The name of the book “My Visit to Hell” is pretty clear. The story within is a new discovery. Not only did I find his writing clever but his imagination has created a rich novel full of fresh content and horrific visions. As it is told, Thomas is on his way home and narrowly escapes the urban thugs that populate his sector of the city. A chase ensures and Thomas finds himself in hell after falling down into an old building through a loose flight of stairs. We assume that he’s knocked unconscious and is dreaming the vivid visit, however as it progress it is clear that the visit is meant for so much more.

One of the things that’s stands out while reading is Thigpen’s knack for replacing common Inferno themes with a new brand of images. When Thomas falls into Hell, he is greeted by a guide by the name of Capopia. She leads Thomas through the common sights that Dante refers to. However visions of things like lost souls are replaced with Zombies who sit mindless in front of static tv sets, a Charon who takes on a urban punker persona and a story about how a crack in hell was originated. Clever is the word that came to mind as Thomas is explained that the great Harrower of hell was in fact Jesus who “descended into hell on the 3rd day” to rescue souls. The cleverness doesn’t stop there as Paul details every instance with a nice analogy and purpose to it.

Further descentions result in all types of horrors. Confronting Minos the judge almost costs Thomas his life before Minos is confronted by his guide. Minos is this case is Frankenstein. As explained mankind has subconsciously taken iconic images from hell through dreams and nightmares and repackaged them into the media’s of today. Seeing Frankenstein was a surprise though the analogy is explained as to why.

Another interesting thing I enjoyed was that the demons were always at war for dominance and status. So a demon who might have been listed in “Dante’s Inferno” was most likely overthrown and replaced already by a more powerful competitor. Other instances has trapped souls lodged in unmoving telephone poles, sufferers sentenced to live in mountains of human excrement while being pelted by demons, souls whole must walk along cliffs while demons whip them with razor tipped devices and a whole lot more of hellish proportions.

Thigpen has really considered all angles of this journey into a cohesive re-telling that also at the same time re-invents the story with facts and information that really makes sense. Not “just” fiction, but fiction with purpose. The book “My visit to Hell” has a message embedded in all its darkness. The message though is presented forth in a way that any horror fan would enjoy reading. What I found most fulfilling is that while this is considered a Christian book, the horrors within were as worse as anything you could imagine. A punishment for every crime. A torture for every sin and level of hell for every sinner. In fact, as levels were described I couldn’t help saying to myself…oh it can’t be any worse than that!. Well surprise….. it gets worst with every level of descension that not only provides painful ways to suffer but crueler ways to suffer.

The world that is unveiled in Thigpen’s hell takes on alot of the original ideas by expanding on them. At times, even in Dante’s Inferno the explanations were simplified into sins-to-punishment relationships. In this case, we as readers get a tighter relationship to as what, why and how these punishments are inflicted. Even aborted children have there place and form of retribution to the damned.

Excuse the pun, but this was one hellavu book! Rich in descriptions and details that come to life around every corner. I’ve often thought about how one would go about turning Dante’s inferno into a film , and I must say that even though this isn’t a screenplay it could easily be “that” book which would make for a prime candidate for film reinterpretation. I was engaged from front to back and highly recommend this as a thrilling read that paints the images firmly in your mind as it goes along. 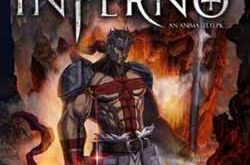 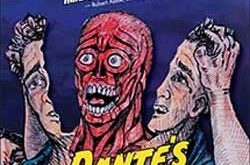