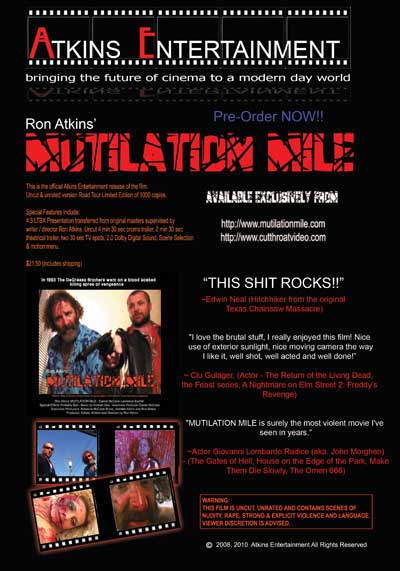 Below is a synopsis of the film

Gritty, controversial, violent, disturbing and graphic, “Mutilation Mile” is a throwback to the great exploitation/crime films of the 70’s, and promises to deliver the goods like never before.