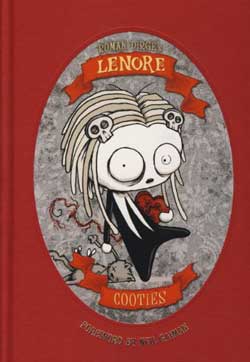 Well, after having the pleasure of reviewing his first 2 volume releases, what more can you say about Roman Dirge’s creation that defies logic and living? I mean when your a cartoon character I suppose there are no rules and should be treated as such. Though even in the cartoon world of the non-living, the sickened, the stuffed, the deformed, the inanimate there must be some kind of order?

I think not, and that that’s makes the Lenore clips and snippets so much fun. Lenore even snubs the cartoon rules of life, hell and damnation to indulge herself as she pleases. A result of that is a return from the living from a place they are calling “Heck”, a reunion with some of her old buds and the extinguishing of a few that …bother her.

Lenore is your model Goth- anti hero who in many ways mirrors what the world should be at times rather than what is expected. Sure there is gore, killing, rudeness and sarcasm….and well those ingredients are what the readers have signed up for in this weirdly squiggly innocent looking little girl phantom that will cut your throat at a moments notice. We celebrate Lenore for what and whom she is, and that she’ll entertain you in ways that the conservative cartoons won’t.

So how does the Cooties release differ from other releases? Well, I found it to be more graphic novel directed than short clip directed. We dig a bit into a epic storyline that involves Lenore, Mr. Gosh and Ragamuffin. Lenore has escaped the clutches of “Heck’s” domain…and that just isn’t allowed in the after life world. This has the dark overlord dispatching his warrior named Potty Applewater to return the lost souls and do some damage. Though he finds that he rather enjoys the mortal world and sort of joins forces with his new found buds…Lenore and company.

To make a long story short, this angers the dark overload who dispatches all his Nazi monster zombie legions to hunt down the team and drag them back to Heck. Needless to say, an all out war, bloody battle and what not begins. We learn alot more about our characters, their origins and who they really are. Its’ fun to read and even more fun to watch….that’s what you get when you dig into the Lenore world. This edition also features alot of full page artpices and guest submitted illustrations. It’s a good read and should definitely sit there next to the first 2.

It’s funny, it’s sick, its down right twisted and its something everyone should have on hand especially if you are one of us horror fantasticals that crave all this stuff. You may not want to pick one up for your 5 year old…as this is an adult guilty pleasure. The book is printed in hardcover, glossy pages and stands proud next to its sister book by the magicians at Titan Books. Now, if I might make a suggestion…. picking up all 3 from Titan and having them shower your loved ones who go against the grain a bit….might be an easy way to show some appreciation… 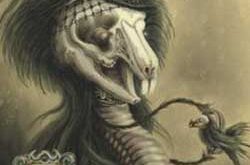 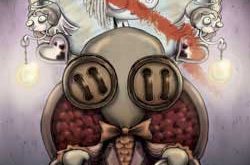 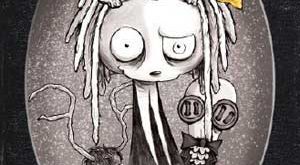 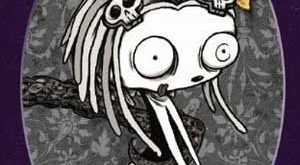