The Horror! The Horror! Comic Books the Government Didn’t Want You to Read!
By Jim Trombetta
Published by Abrams ComicArts

What are some of the source materials used to created this collection of rare comics?

First, when I first got the idea, I studied what was available at Comic-Cons because outside of EC I didn’t really know what existed. I just had an idea it was special somehow. I also started to scan e-Bay, which was really useful. Anybody can go in there, it’s a question of what you’re taste is—your “scanner.”

Also, though these books are an obscure taste, there have been some reprint books that pull your coat to originals that you might want to get your hands on (the thing was that these books were never the right size or were in black and white or otherwise unsatisfactory).
Finally, the big Gerber books and the website www.comic.org are the equivalent of the OED in English studies .

How long did it take to gather everything?

Several years. All I can remember is the first year I went to Comic-Con a rep from the credit-card called and asked if all those charges were mine since I hadn’t gone before. Yes, I said with great trepidation. However, I think it has worked out.

Since the original publications, how far have we come from the grip of Government censorship?

That’s an excellent question because censorship will never take the same form, though it would involve the same collusion between govt. and corporations, this time on a much bigger scale. It’s going to be hard to suppress any form of entertainment that really makes money. On the other hand, if you see any proceedings on TV that look like the comic book hearings—as I did a few years ago where a Congressman attacked a video game manufacturer with a speech that was basically a moral self-congratulation—that won’t be the real censorship. That will be the sideshow. The real censorship will occur somewhere else, censored out of the public’s sight.

Do you have any favorite comics from the pages of The Horror! The Horror!?

I love so many of them, it’s hard to pick. But “Corpses…Coast to Coast” definitely has something special. Likewise “The Living-Dead” manages to use every great motif from tendrils of drool connecting the upper and lower teeth on.

Was there anything that you had to leave out of this book?

Not a thing. We did discuss how to account for racist imagery in the text without seeming to validate it. It does seem, however, that even at this late date there is often an image that people feel that they shouldn’t have seen. This is not always the same image. There are actually two adjoining pages for me. When I saw the proofs I said to myself, I can’t put these in here. But that was the whole point wasn’t it? Not to censor it again.

Are there any comics out today that come close to the wonderful level of depravity enjoyed in The Horror! The Horror!?

I’m not that familiar with today’s comics, though I do enjoy The Walking Dead on tv. My latter-day comics reading was in the early 70s, when I became a big fan of Terry Bisson’s Web of Horror (I dropped the ball and forget to mention him in the acknowledgments), as well as Bernie Wrightson and Mike Kaluta. The thing is, that we now seen so much media, so much shocking stuff, some of it unfortunately real, and so much information is available to us (though information is neither knowledge nor imagination), that comics just can’t be the same any more. That doesn’t mean they aren’t shocking in their own way.
Is there a shocking one I ought to look at? What do you think?

What can be learned from the bonus DVD “Confidential File”?

The structure of anti-comic thought exposed as a myth. Let’s put it this way. Paul Coates puts together the adult equivalent of a kids’ tv show of the era, such as Howdy Doody or my personal favorite Capt. Video. Kids want to see the regulars every time right? So here’s Senator Kefauver visiting just like Mr. Bluster always does, or the professor that Froggy the Gremlin always makes fun of. He goes through the routine he always does. If he’d worn the coonskin cap, he’d have made my point easier. Then there are the other kids in the peanut gallery. Then as in Cap Video, where a western film serial would be shown, evidently the Video Rangers in the west, Coates too shows a film within the film. Despite his attempt to get everybody adrenalized the effect is soothing, if not stupefying.

As a writer, where does your inspiration for writing come from?

I am trying to say something and because I can never quite get it out right I have to go back and try again.

What would you like our Horrornews.net fans to think or feel after reading The Horror! The Horror!?

As if they’d been to the world’s greatest funhouse. A little bit scared that compared to the future this might all be nostalgia. Thinking about buying a copy for their best friend. 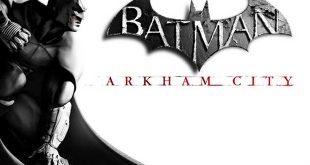 The Horror! The Horror! Comic Books The Government Didn’t Want You To Read! 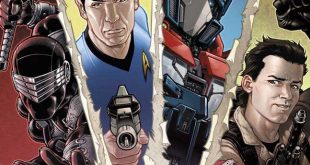