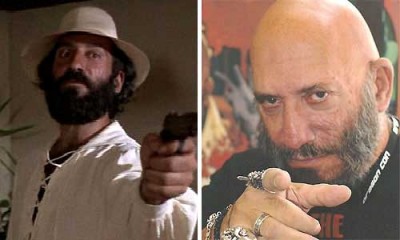 Remember that Christmas surprise I promised? Well, it’s none other than the head-twisting, hand-wringing, ape-walking, dribble-drooling Ralph from Spider Baby (1968) himself, Sid Haig. A veteran of more than fifty films, from Jack Hill’s exploitation flicks of the sixties and seventies, to his recurring role of Captain Spaulding in Rob Zombie movies like House Of 1000 Corpses (2003), The Devil’s Rejects (2005) and The Haunted World Of El Superbeasto (2009). The television industry has also benefited from his presence in a staggering 350 down-to-earth gritty melodramas like The A-Team, Automan, Batman, Buck Rogers, The Fall Guy, Fantasy Island, MacGyver, Mission Impossible, The Rockford Files, Sledge Hammer and Star Trek, but may be best known for his longest running role as the villainous Dragos, evil arch-nemesis of Jason Of Star Command, failing to conquer the universe on a weekly basis back in 1979. Sid Haig is on the line right now via the old-fashioned budget-friendly telephone from his home in Bakersfield, California. Are you there Sid?

SID: Yes Nigel, how are you?

NIGEL: Fine and dandy, sir. How are you?

NIGEL: Let’s start with Spider Baby and director Jack Hill – how on earth do you audition for a role like Ralph?

SID: I had worked with Jack before on two other projects, and he called me and wanted me to come in and meet the producers. Since there was actually no dialogue in this one, we wanted to give them an idea of what I might do, so I plugged in my ‘crazy chip’ and just went nuts, sucking my thumb, playing with my toes. I looked at the producers, and they had a look on their faces: “Oh my god, what did he just do?”

NIGEL: I’d heard that the producers of Spider Baby were actually real estate agents who had dreams of becoming Hollywood moguls. Is that true?

SID: Yeah, they were real estate developers and they wanted to get into the business, and this was their opportunity. They didn’t really know much about what they were doing, but they were taking instructions well. Unfortunately, their business went south on them and they had to file for bankruptcy and, because the film was a part of their assets, that got tied up along with everything else, so it was three years later that it actually got released.

NIGEL: I assume Jack Hill was tearing his hair out as cinemas demanded more colour films. So by the time Spider Baby was released in 1968, you were already a well-established actor? 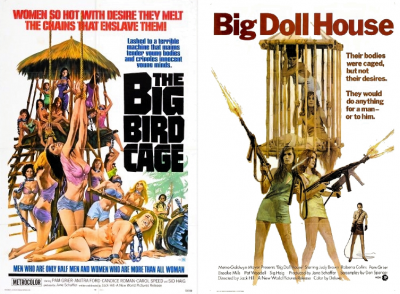 NIGEL: But it was Jack’s first full-length feature, and you became a mainstay in many of his exploitation films of the seventies like The Big Doll House (1971), The Big Bird Cage (1972), Coffy (1973) and Foxy Brown (1974). You obviously enjoyed working with him.

SID: Well, Jack was just a great guy, and a really good director because he, like a couple of other people that I like, makes his vision clear to you and then just gets out of the way and lets you do your job, and that’s really the best way to work, when it comes to it, because if a director a producer had enough faith in you to hire you, then they should have enough faith to let you do what it is that you do best.

NIGEL: Speaking of professionals, Lon Chaney Junior was looking pretty rough by 1964, but his acting is wonderfully soft, his voice is quiet and silky, and his actions are slow and graceful. Was he forced to abstain from drinking alcohol during the shoot?

SID: As a matter of fact, he was the one who insisted that that be in his contract, that he may not have a drink while he was working.

NIGEL: There’s quite a few actors in Hollywood today who would benefit from such a contract.

NIGEL: My viewers would lynch me if I didn’t at least mention your role in one of the earliest classic Star Trek episodes, The Return Of The Archons. Was it just another acting job to you, or was there a sense it was something special?

SID: Well it was, because first of all it was the first season of the show, and there was still a lot of excitement about it, and it was one of the early episodes. It was kind of heightened because when we shot that, all the regulars on the show were trying to quit smoking, everyone decided to quit smoking all at once, so they were chewing gum and eating candy. Unfortunately, almost every take, the director had to holler ‘cut’ because somebody was chewing gum during the take, so he was nearly becoming upset about the whole thing. So one day we’re out on the back-lot and we’re shooting a large scene of about sixty or eighty extras and, at lunch, Bill Shatner went around and gave everybody – cast and crew – a piece of bubble-gum, with the instructions that on the first shot after lunch, when the director hollers ‘action’ everybody turn and blow a bubble into the camera. Well, the guy almost passed out, it was too much for him. That was the most memorable thing about shooting that.

NIGEL: About the same time as Star Trek you also appeared in Batman, which was so phenomenally popular that every Hollywood A-list actor was desperate just to get a cameo on the show. How did you get such a plum role as King Tut’s Royal Apothecary?

SID: Producers seem to be ‘left out in the cold’, and at that very point in time, it just so happened that in one week’s span I had either a guest starring role or future role in some television show every night of the week, and so I thought it would be appropriate that I take out an ad in The Hollywood Reporter and Variety to publicise that. And when I did, the producer of Batman basically said, “Why is this guy working for everybody in town and not working for me?” So they called me in, and he said “Here’s the script, go read it, and any part you want is yours, except for King Tut.”

NIGEL: Unfortunately, poor old William Dozier didn’t produce anything else after The Green Hornet and Batman, and sadly passed away in 1991 from shock after seeing Michael Keaton in the role. Speaking of overacting, were there any unusual incidents during the making of Jason Of Star Command?

SID: Well, a lot! That was a very unique show in that it was shot in our hiatus here – nobody was working. That made it attractive, and plus the fact that they were going to pay us for all the episodes that we did plus ten re-runs for each episode, all in advance. So that had made it very attractive, even though the salary wasn’t that great, it’s still a huge chunk of money, so that made it interesting. But the thing that also made it interesting was the fact that we shot fifteen episodes in five weeks and it was one huge script, so we would shoot everything in the Control Panel Room for all fifteen episodes all of the time, then we would move into the hallway or into the Conference Room, whatever, shoot all the scenes for that area in every episode, all at once.

NIGEL: A true testament to continuity and wardrobe, but it must have been terribly confusing for you and the other actors.

SID: Yeah, you really had to pay attention.

NIGEL: Jumping ahead to this century, you were cast by Quentin Tarantino in the action greats Jackie Brown (1997) and Kill Bill II (2004). He’s obviously a big fan of yours.

SID: Yeah, he and I hit it off really well. 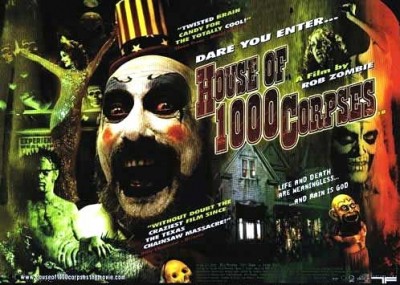 NIGEL: You’ve also been working a lot with my old mate Rob Zombie. Are we going to be seeing Captain Spaulding and company again soon?

NIGEL: I’m sorry to hear that, I’ll have to send a get well card.

SID: Well, the rule in Hollywood is Money Is The Great Resurrector. If you throw enough money at a project, it happens. 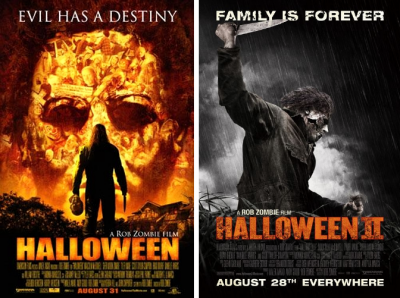 NIGEL: I’ll pass the hat around at the office. What about his series of Halloween remakes?

NIGEL: So what does the future hold for Sid Haig? Are you working on anything at the moment?

SID: No, I’m not working on anything right now, except my next breath. There are some things in the works that I can’t talk about because the ink hasn’t dried on the paper yet. This has been a very interesting year for me. I did a film, I think it’s a pretty remarkable film called Blood Is Blood (2010) produced by Sid Sheinberg and Paul Mason, who were both huge executives at Universal Studios for a good number of years, and we all know that the chances of a horror film ever being considered for an Academy Award – anything upward of special effects, makeup or something – are pretty ridiculous. That just never happens. So Universal every year has an award ceremony for people in horror, and it’s called the Eyegore Awards, and this year I was presented with the Lifetime Achievement by Rob Zombie at the Eyegore Awards ceremony, and that was pretty special. And then a week or ten days later I was off to Spain to the Sitges Film Festival, which is the largest horror film festival in the world, and I was given a Lifetime Achievement award there as well. So I wound-up the year pretty well.

NIGEL: Sincere congratulations on both counts! You don’t think, with so many Lifetime Achievement awards, that the industry might be hinting at something – like retirement?

SID: No, no, no. I keep reminding everybody that I do have a pulse and everything is working just fine. 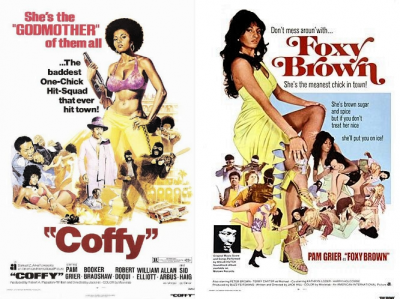 NIGEL: I wish I could say the same. I sometimes feel like things are falling apart all around me.

SID: Anything that ever goes wrong, it’s all your fault.

NIGEL: It is not! Look, we’ll sort this out when we meet-up at next year’s Horror-Hound Convention in Indianapolis, okay?

SID: It’s a good show, I’ve done that show before. You should do it, however I did catch pneumonia while I was there, and that’s your fault too. 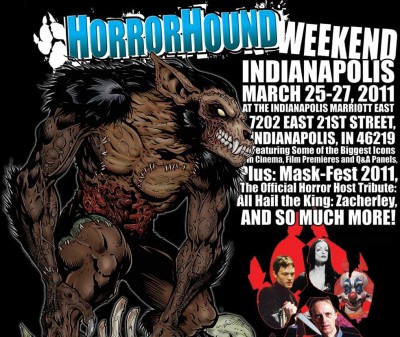 NIGEL: Don’t blame me, you were the one running around the hotel with your underpants on your head. Look, this is all getting rather personal, perhaps I should just wish you a very merry Christmas and thanks for talking to us on this very special night.

SID: It was a pleasure, man, thank you for calling!

NIGEL: I thought you called me…Sid…hello? Oh well. Partly inspired by Alfred Hitchcock’s seminal Psycho (1960) and television shows like The Addams Family and The Munsters, Spider Baby has in turn inspired such films as The Texas Chainsaw Massacre (1974) and The Rocky Horror Picture Show (1975), not to mention the films of Tim Burton. Without giving you time to ponder that rather ambiguous statement, let’s quickly return to the second half of Jack Hill’s Spider Baby…