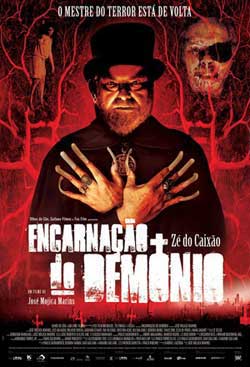 After forty years in prison, the evil gravedigger Josefel Zanatas a.k.a. Zé do Caixão is released by the lawyer Lucy Pontes in accordance with Brazilian Laws. He moves to the slums with his followers that worship him, and he seeks out the perfect woman to bear his children while haunted by the ghosts of his victims. The vigilante brothers Captain Osvaldo Pontes and his brother Coronel Claudiomiro from the Military Police chase Zé do Caixão in the slums to kill him and they find a track of tortured and mutilated bodies.

As it is written the embodiment of evil is higher than God and lower than Satan. Or so it tells us as the intro credits roll by with style and a bizarre touch. Josefel Sanataz, imprisoned for 40 years has been released upon the world. And even though he looks more like a side showman from the 60’s with a serious case of nail growth who’s’ ready to sell you snake oil, he is indeed an evil man. Upon being released, much of the prison establishment pleas against it though due to the new laws, the system has little luck deferring the inevitable any longer. He now finds himself in a much different time as he walks the streets and observes the mess the world has gotten itself into. In a way you think he would be right at home, though he still permeates an air of disgust at what he sees. 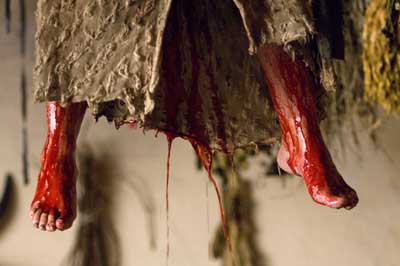 Our rather loudly unique fellow goes by the alias of Coffin Joe, who 40 years back was a a real terror to the locals killing, torturing and having his way with whomever he chose to inflict his evil on. Some call him the devil though that fact is a bit give and take as far as who he really is. While his on screen acts are horrible beyond words he also suffers from haunted visions and a past that wont let him go. Not a profile of the devil, who we also assume could have easily escaped many years past if so. His release fuels an obsession to father the world with his offspring of evil with the appropriate evil females. From the get go he is placed back into his original lair which resembles that of a late night horror talk show complete with dungeon, coffins and gargoyle chair. His servants come to him willingly who believe he is the embodiment of evil and do his bidding.

The film has it’s charm in its rather off beat sequence of events. Some of the hallucination visuals could easily fall into a HP Lovecraft story while others are more like a Ken Russell film. His constant state of haunted visions bring out some pretty weird images. The most impressive is in the form of a rain that turns to blood and fills a room while he makes love to his chosen one. Director José Mojica Marins has an imagination, I’ll give him that. The story bounces around a bit from lag to interest depending on where into the game you are. It’s also one of the few movies nowadays that comes out right from the get go as “I’m the Devil”. I compare that statement more in a way Crowley would than the actual fallen angel of the Lord. As it’s stated many times, he carries the super bloodline, whatever that means. Though Coffin Joe seems to be misplaced as much as Charlie Chaplin would be into the 21st century. 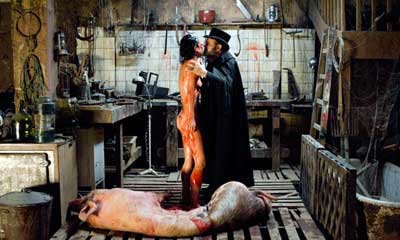 Per the series of flashbacks, we see Joe in his B&W element like an old Abbott and Costello film as he violates women and kills for pleasure. The middle torture segment is pretty graphic as Coffin Joe does his worst against the platoon sent to infiltrate his lair. Coffin Joe has fun with his violence per way of branding irons, bug submersions, hanging by hooks, and even a scene where he drips cheese sauce over a the police woman and places a hungry rat on her. These scenes of pain infliction seem to pop put of nowhere to provide visual impacts that are both clever but nauseating. 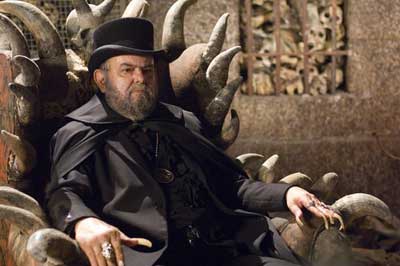 Other moments we are plucked from his reality and thrown into the realm of sin and cannibalism which is explained is a sort of purgatory that all men will visit. While the film is somewhat of a mixture of pieces that center around Coffin Joe’s goal to father a child it is an extremely inventive piece of work that makes you want to dig out your nail clippers and top hat. 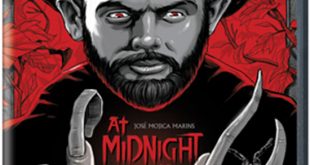 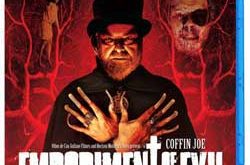 Coffin Joe returns with the BR release of ‘Embodiment of Evil’