ST. LOUIS: The highly anticipated “First Look” trailer for WITCHES PLAYGROUND airs today exclusively on GeekTyrant. Dead of Night Films recently lensed a teaser trailer to give investors a look into the concept for the upcoming film to raise awareness, heighten interest and attract investors to the project. GeekTyrant has been teasing the premiere of this trailer for the past week by releasing film stills, giving horror fans their first glimpse into the world of “Witches Playground.”

“Witches Playground” is a chilling story about a group of teens who decide to have a party on Halloween at an abandoned haunted attraction which is rumored to be cursed by an old witch. Thirteen years ago, on Halloween night, a series of gruesome accidents took place there. Now these teens will have to face their fears as the evil forces haunting the attraction begin to repeat the bloody scene from years past. The feature film will star horror icons Leslie Easterbrook (The Devil’s Rejects) and Eileen Dietz (The Exorcist) as well as Cody Matthew Blymire, Suki Peters, Rachel Chapman, Wes Blymire, Sam Valentine and Deneen Melody. “Witches Playground” is being Produced by Bobby Ray Akers Jr., Anthony E. Cabral, Cody Matthew Blymire and directed by Bart Elfrink.

The filmmakers are creating a movie they expect to become the next cult class – a film people will want to see over and over again. With past classics being reinvented, they see great potential in creating a completely new witchcraft concept for the big screen. The tone for “Witches Playground” is to bring back the feel of the 70’s and 80’s old school horror that has been missing from recent releases. Their use of raw technical direction – consisting of very intense cinematography – will deliver an edgy grittiness to the project. Use of shadows and low lighting will add the creepy moody “old school” feeling. “The ultimate goal is to always make it completely clear what the real fear is, while taking our audience on a crazy scary ride leaving them wanting more” – Producer Bobby Ray Akers Jr. 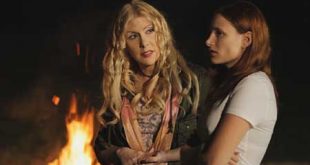