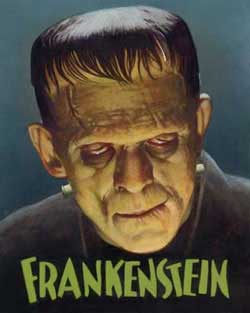 In the event of our birth, every single human being has the chance to meet our “creators” in a sense. Our parents at one point came together and decided (or maybe not) that we should be born. When we first open our eyes we look upon the face of our smiling parents, over adorned with joy looking at the beautiful being they made. However, none of us will ever get to meet our ultimate creator, and this can definitely go a few different ways. This subject grazes upon the existence of a “God” or it could just deal with the earth itself. We as human beings will never know truly what caused us to exist, or for what reason we have been created. This question is as vast as the universe, and will be debated until the end of time.

But, what if you were created and your God was right in front of you at your birth? What would you ask this architect that stands before you?

Victor Frankenstein created this monster or demon as it is often referred. It is not correct, however, to call the being “Frankenstein”. Frankenstein was disgusted with his creation and abandoned it, and part of this abandonment included him never naming it. This is a huge misconception among the general public.

The creature first originated in Mary Shelley’s novel “Frankenstein” in 1818. I know, it might be devastating to some that Frankenstein’s monster didn’t first appear when a genius from General Mills developed the tasty cereal “Franken berry”.

To the probable surprise of many, Frankenstein’s monster did not always have the bolts in the neck and the scars, as he appears with today. Originally, the picture Mary Shelly painted was much different. The creature was described as being about 8 feet tall with yellow skin that was transparent and showed all arteries and veins. Also the demon had long hair and blackened lips.

In 1931, Boris Karloff played the monster in the film “Frankenstein”. This seemingly immortalized the look for the creature itself, and pretty much paved the way for the now square-headed fiend to be a future pop-culture icon. Frankenstein’s monster now sits on a pedestal with other horrifying creatures who include Dracula, Wolf man, the Creature from the Black Lagoon, and the Mummy.

It is hazy how the creature came to be, other than through methods of applied Sciences, as Victor was a Chemistry student at a University. Later on when the bolts were adapted it would appear that Frankenstein’s monster was brought to life with the bolts being used as conductors for waves of electricity. On a stormy night Victor raised his monster whilst on a stone bed and through a barred window on the roof, the lightning would crash in and breathe life into the creature.

The story of Frankenstein’s monster is actually more tragic than horrifying in the beginning. The creature is just a child inside, not knowing anything of the outside world and his master abandons him, horrified at what he had created. The scorned fiend then leaves, walking like a vagabond in a world he does not understand. As the monster has seen it, the world is very cruel and he becomes very bitter and angry with what his creator has wrought him. Frankenstein’s monster wanted a companion to hide away with, someone that was like him. But this was impossible because his master was utterly disgusted with him, for a reason he would never understand.

People were fleeing Victor’s creation left and right, and the creature could not understand. He was sensitive and wouldn’t have hurt a soul when he was first made, but this harsh world turned him very cold and negative. The “fiend” decided it was necessary to wreak vengeance on Victor.

This is arguably the greatest example of the saying, “don’t judge a book by it’s cover”, ever made. The phrase should continue on by saying, ” the book might kill your best friend, bride to be, and your father.” This is what Frankenstein’s monster did exactly, and it climaxed when he finds Victor dead of pneumonia. The monster is overcome with grief and decides he will travel far away and burn his own body so that no one will have the blueprints to creating such a horrible monster again.

The story of Frankenstein’s monster is like a horror/science fiction version of a Shakespearean tragedy. In the end everyone is dead, and the readers scratch their heads. However the story of creation meets creator is incredibly deep and symbolic. It might metaphorically connect to our personal relationships with God. We pray to our God, we worship our God, but are our prayers ever met or answered? Are we the ultimate failures in creation, being deemed unfit for our immortal father and rejected? Ask yourself these questions while you read the story of one of the most important figures in horror of all time.