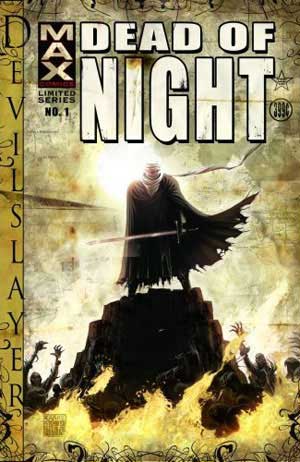 In the interest of full disclosure, I should start this off by admitting that I have never read any of the original Devil-Slayer books or any of the ones in which the character was featured. Truth be told, I had no idea whatsoever that he had existed. While this makes me completely unqualified to compare this work to the originals, it does allow it to work on me exactly as I am sure Keene and Samnee intended: to introduce him to a new audience. I am sure that there is some great stuff for fans to pick up on (Keene has repeatedly mentioned his love for the originals), but I can’t comment on those. Sorry.

What we are given here is the story of Dan Sylva, in a great tip of the hat to the author of the Gabriel Allon series, a US soldier who has served his tour in Iraq and was finally able to return home only to find that home had abandoned him. His wife gone and no prospects for job or health, he heads back into service and straight into an ambush. By demons. Now he finds himself hunted by his former compatriots, blamed for the slaughter of his own troops and being told that he is the latest in a long line of Devil-Slayers. What else is a guy to do but bust open some demon ass?

What makes Keen’s writing work for me is the amount of heart that he puts into it. Few out there are as good at conveying an honest sense of outrage and personal horror without coming across as preachy or a douche bag, but he does it damn fine. His display of the way home is seen, or can be seen, by returning soldiers is a hell of an eye opener. Imagine coming home after daily risking your own life and seeing the lives of so many of your friends lost daily to a country that cannot afford to hire you, a wife that doesn’t like the person you’ve become, news that tosses out the day’s casualties as filler between bits of gossip and you can’t even get in to see the damn psychiatrist because the f*cking government didn’t bother to hire enough of them.

He says more in one page than many other can in hour-long diatribes, and he manages to remove it all from the politics and make it about the people. So much heart is poured into the character of Dan Sylva that you can’t help being pulled along into his own personal hell and the minor redemption he finds at the point of a blade.

Samnee’s art is a perfect accompaniment to Keene’s style of writing. Stark, simple, clear and straight forward, but with enough vagueness that the reader is forced to fill in the empty spaces themselves. Unfortunately for him, that means that much of it passes without notice. It is truly a testimony to his skill and lack of hubris that you never get pulled out of the story, wowed by a particular image or full page drawing any more than Keen freezes you with a specific phrase. Like any good story-teller, he seems to hold to the dictum that all serves the story, not the teller.

At the end of the day, this is the story of a man who has been forced out of the world that we know to fight against the encroaching darkness alone without the slightest hope of ever being accepted back. It’s some sh*t worth checking out. 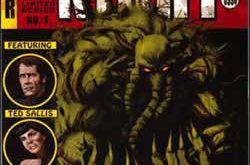