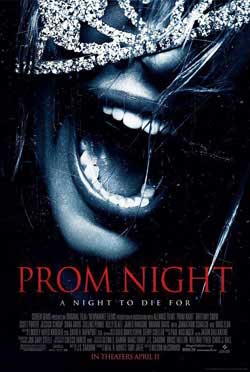 Donna (Brittany Snow) has been looking forward to her senior prom for as long as she can remember, anticipating a night of magic surrounded by her best friends. But what she doesn’t bargain for is a visitor from her dark past and a party that will end in murder. Donna and her friends find themselves fighting to escape the clutches of a deranged killer before the night of their dreams turns into their worst nightmare.

“A Party to Die For”

Some horror movie remakes are done well (Texas Chainsaw Massacre & Dawn of the Dead) and some are not (The Fog & Amityville Horror). This one falls under the category of remakes that are NOT done well. It’s your typical cookie cutter horror movie with pretty young actors and a predictable storyline. I don’t have anything against any of the actors here, they did a fine job but they didn’t have a good script to work with.

I think Prom Night had lots of potential as a remake. It’s disappointing to watch it fall flat. Donna (Brittany Snow) is three years removed from watching her family get brutally murdered by her stalker, Richard Fenton (Johnathon Schaech). Well, she might be 2,300 miles away but it’s not far enough ( the audience isn’t far enough away either ) when her stalker is back after escaping from a maximum security prism for the criminally insane and hell bent on picking up where he left off. The movie is self explanatory as Fenton kills off Donna’s friends one by one at the Prom trying to get to her.

The suspense is minimal at best and the death scenes are weak. If you like gore, go somewhere else. You see the knife coming down and then you go to a far shot and that’s pretty much the killing pattern for the
film. You might get a few drips of blood here and there. It’s almost laughable when the police realize the killer is at the Prom and they are able clear out every single student and guest at the hotel, everyone accept Donna and Fenton. After some chase, Donna is rescued the the killer walks out of the front door past all the nice policemen. Now, It’s not like I’m even the biggest fan of the original 1980 Prom Night, because I’m really not but I’ll take Jamie Lee Curtis any day over this cluster.

To add to the stupidity of the movie, while 1,000 cops swarm the hotel in search the killer, guest how many cops guard Donna at her home? One! That’s pretty good odds that the killer is going to show up at Donna’s front door. If there was a best part of this movie, I’d say it would have to be the ending sequence. Now, It’s nothing to write home about but it’s better than anything that happened at the Prom. If there’s nothing on television and this is on then maybe check it out but I wouldn’t spend any money to buy it or rent it. 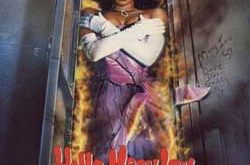 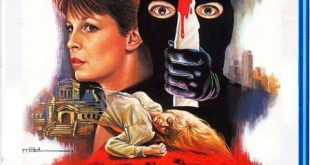