So now you know that I get my bones from research facilities, and they come nicely cleaned up, ready to be used in all the ways I can possibly imagine (although you can buy leftovers from cadaver dog training, these bones are inevitably greasy and foul smelling – which doesn‘t make for great art unless you want to go for the full sensory experience).

The next question I get asked quite often is – “What is it like to work with human bones?”. Since I’m never sure if the questioner wants to know what they feel like, or how easy is it to turn a vertebrae into a doll head, or what does it feel like to crack someone’s femur in half in your bare hands, or do I do anything odd with them when no one is looking and I figure behind it all is the lingering “have you ever been haunted by anyone who didn’t want you fondling their insides?”, I’m going to just get to a bit of all of that here and now. 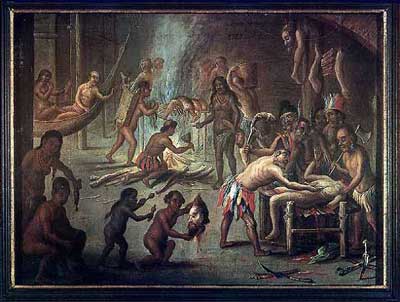 There are some really basic and simple, but interesting, facts about working with human bone. For instance, it is incredibly light, I can make a pair of earrings out of large metatarsals and wearing them isn’t much different than sporting the weight of a set of light metal loops. My first ever bone box contained the better part of a spine, the makings of a leg and several toes, a couple mismatched arm pieces, a good rack of ribs and a finger or two but the whole thing didn’t weigh more than a few pounds. Despite this, however, bone is incredibly strong, for the most part, there are exceptions.

Ribs are ridiculously fragile, you look at one wrong and they shatter. I have no idea how we make it through life without cracking at least one of those a week. Bone in general has a really tough outer layer, sometimes it’s near impossible to drill through and you need to be incredibly determined to get to the other side. 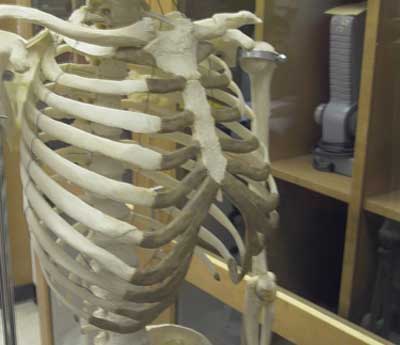 The interior of the bone, the now dried marrow, is like a very fragile honeycomb and does splinter incredibly easily if hit at the wrong angel, but with the durable outside even the most delicate insides don’t pose much of an issue when making jewelry or doll joints.

A real danger of working with bone is accidental cannibalism. I can tell you exactly what human skeleton tastes like and it’s texture when being swallowed, though I have never willingly took a bite. Bone creates a lot of dust when being drilled and filed, an inordinate amount of dust, and it gets EVERYWHERE. It has a strange metallic smell, a bit like cold metal and wet dirt, often the smell of bone dust sets off weird nerves and leaves a creepy sensation which is quite unlike the general feeling of peace that goes along with the rest of the bone work. 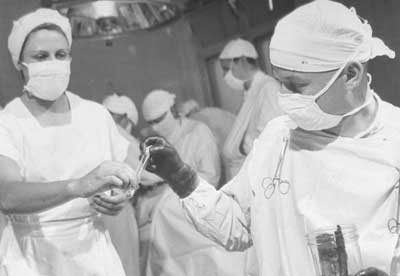 The taste of it on the other hand is just, well, strange. Imagine metal, dirt, sand, talcum powder and forty year old dust sitting on your tongue. Large amounts of bone dust settle in my ever present coffee cups, it stays on my hands for ages, which means a lot of my snacks get a little sprinkle of bone spice. I’ve downed fair size bone chips that have lodged themselves, unbeknownst to me at the time, in iced drinks.

Just as I have the retched habit of putting the bristles of dirty paint brushes in my mouth to smooth them out, I am just as guilty as using my mouth as a momentary holding ground for bones in the chaotic midst of a project. All I can say is that I hope that there is not a large danger in munching on dead people, otherwise I’m screwed.

The oddest and yet best thing about my work is that there is a strange addiction to working with human remains. You see all the movies like Ravenous and Dumplings with the taboo subject of cannibalism as a theme and laugh a little at how the story portrays the characters getting a bit of human meat and becoming desperate raving lunatics just at the thought of getting another nibble, they live die, kill, maim and badly act just to get a bite.

The discerning horror mind giggles at the cautionary moralistic tale – ok I won’t eat people, don’t want to go mad. And yet, I have to say, once you have worked so closely and intently with dead bodies you want to do so even more. You look forward to having the bones in your hand, nothing compares to the sensation of connecting with the dead in such an intimate way. 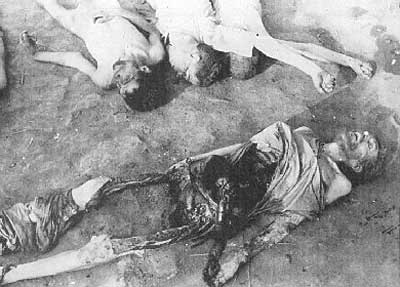 All the while I am grinding, drilling, filing and otherwise having my way with some dead guy’s skeletal system I feel this very definite balance of life and death, this respect and adoration of life that equals that of it’s counterpart, I feel a sense of being entirely connected to what it means to be human both dead and alive.

You will feel something higher and yet it is entirely and very basically feeling completely human. Hard to explain on some levels, but once you feel it, you need to feel it again. And despite what many people may think, or the endless warnings I got, there is no bad vibe or negative feeling when I’m stringing Swarovski crystals through someone’s ribs, instead there is this heavy sense of serenity and that corny but true circle of life sort of thing going on.

I often feel as if I am honoring whoever this person was, they will be remembered in some form now, for a good long while, in places they may never dreamed or thought they would be and I am gaining a sense of my own definite mortality. There is a vast sense of warmth in that sensation that is just as addictive as any other aspect. Dead people can make you feel more alive than anything else in the world. 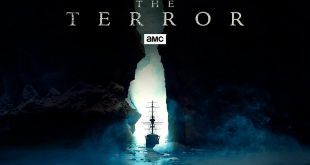