Home | News | Like films about ‘extreme nature of bats’? – one 4U Twilight fans

Like films about ‘extreme nature of bats’? – one 4U Twilight fans 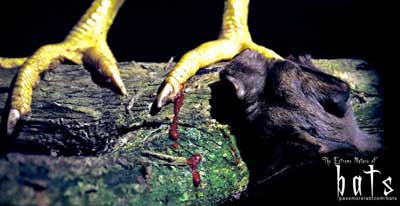 San Diego, CA (Oct 30, 2010) – In a mysterious, mist-shrouded region deep in the forbidding Carpathian Mountains, directly across the street from Dracula’s Castle, sits Cinemax5D in the Galeria Bran, the latest home of PassmoreLab’s award-winning 3D science documentary The Extreme Nature of Bats. The film will begin its run as a moving theatre attraction on Halloween, it was announced today by San Diego-based 3D Production studio PassmoreLab.

The Cinemax5D, which started in 2008 and was the first 3D theatre in Romania, is adjacent to Bran Castle in Bran City and is in the immediate vicinity of Braşov. The castle is a national landmark in Romania, located on the border of Transylvania, and is commonly known as “Dracula’s Castle” – the home of Bram Stoker’s Dracula.

Much of The Extreme Nature of Bats was actually shot inside Bran Castle and in the surrounding area of Transylvania. It is that fact which makes this moving theatre film experience even more haunting.

“This film is a fantastic way to learn about the spirit, history and culture of the region. The fact that Greg Passmore and his team actually shot much of the film here makes it more eerie…and premiering it on Halloween is even better,” said Janusz Szalinski, owner of Cinemax5D. 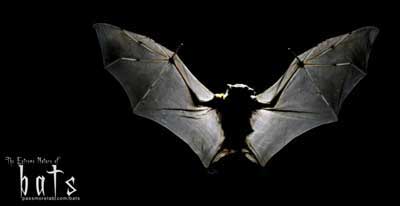 PassmoreLab’s announcement comes on the heels of the film winning first place at the Arizona Underground Film Festival in the “Documentary Short” category just three weeks ago.

The film, which explores the truths, myths and dark legends that have stalked the world’s only flying mammal, closely examines three bat species; the free-tailed bat, the megabat, and the infamous vampire bat.

“Guests will actually be seeing and learning about bats – including the most famous vampire of them all Dracula — in the actual place where the legend began,” said Greg Passmore, Director of the film. “I can’t think of a better place and time for the film to debut than in Transylvania on Halloween.”

Filming of The Extreme Nature of Bats began last year in a Texas bat cave, where the production crew filmed a resident population of 12 million Mexican free-tailed bats. From there, the crew traveled to Romania and Dracula’s Castle, then backpacked through the jungles of Mexico to film the elusive vampire bat. Through interpreters and local guides, Passmore began to hear about the legends of vampires. “The locals told us that they can hear the vampire bats making a screaming noise during the nightly cattle hunts.” It was there that they found swarms of vampire bats in the moonlight drinking blood from cattle. Production wrapped in Africa on a primitive island in the Indian Ocean.

Vampires are synonymous with Halloween and have become long-lasting mainstream pop icons, especially with the recent mega-successes of the Twilight films and HBO’s True Blood series. One of the most popular costumes year after year is to dress up like blood-dripping, fang-flashing vampires.

“It’s perfect timing all the way around,” says Steve Glum, PassmoreLab’s head of Branding & Distribution. “This will be a great film for tourists to enjoy for years to come, and a exciting annual Halloween treat.”

The Extreme Nature of Bats will be seen at Cinemax5D, Bran City, Romania, starting on Halloween, October 31, for a ticket price of 18.34 RON (US $6).