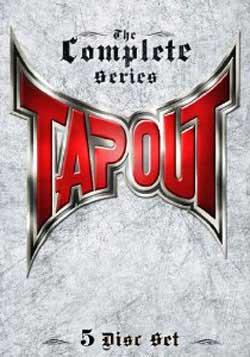 Tapout the TV series was a show I hadn’t heard of before, but the premise of it sounded like something I would enjoy. So naturally I watched a few episodes before putting in some research time to find out where an when it had played. Like several shows of this nature, being a reality based program  it entailed a day to day of the Tapout team and their adventures across America. The tapout team consist of 3 individuals Charles, “Mask” Lewis, Dan “Punkass” Caldwell, and Tim Katz known as “skyskrape”.

The 3 run a business called Tapout which is primarily a clothing line boasting the tap out logo. Though as we find in the show, the line has progressed into water bottles, boxing gloves and all forms of boxing fighting accessories. They primarily run the business out of a warehouse while they frequent cross country tours in their “tapped out” tour bus transporting new young hopefuls for cage fights. I am not too familiar with the cage fighting circuit myself, but from what I can gather it’s a pretty popular event that pits our countries greatest fighters against each out in tournaments. Tapout is essentially a talent head hunter who sponsor new up and comings by supporting them and transporting them to the matches. The TV show revolves around this premise but also the personalities of the business itself. I found right off the bat that the 3 are more childlike in their natures than brooding rough necks that you would assume. Punkass is the most grounded of the 3, who also is the head driver for events. Mask and Skyskrape live the life of adults re-experiencing their childhood dreams on a daily basis. They seem like a fun bunch, but watching the show will get that notion across more effectively.

Now, with any vendors sponsor-type business you can expect alot of product promotion. Though I will say the first episode had me rolling eyes almost immediately with the sheer number of product placement shots featured in the episode. It reminded me of one  of those scenes where superman picks up a coke, and then you keep seeing coke signs in the movie. Well Tapout doesn’t miss a frame with every second holding, wearing, talking about or even putting up stickers themselves with the tapout logo. If each episode was going to run this course, my viewing sessions would have been over before they even started. Luckily they tone things down from episode 2 and on, which spend more time emphasizing the actual fighters and their runs from small training facilities to major matches. The matches are the highlights which culminate at the end of every episode.

We learn about the fighters, see them on the road, spend some time watching them train and see them meet there destination with a final match. No, not every match is a winner, but the fighters are pretty tough dudes. On the most part, I enjoyed just about every one represented in some manner, though there are a few who you really can see it in the faces of Tapout that they would rather be somewhere else than trapped on a bus for a few weeks. Matt Major comes to mind who really isn’t painted in a great light, no fault to Tapout of course. I kept an open mind in the sense that several of these hard core fighters had some history behind them and weren’t all meant to be jokesters on a TV show. I mean after all this is pretty violent stuff.

Other observations feel upon the ringleader “Mask” who I couldn’t understand why he had the need to constantly wear a rag on his head. The makeup aspect was weird enough but I get the sense of character and individual presence. For readers, you can actually reference the wikipedia page for a listing of fighters per episode here
en.wikipedia.org/wiki/Tapout_(TV_series). While each episode is sort of an isolated Rocky type story, the series begins to refocus more on the Tapout business,…its ups down and progression. The DVD set runs a cool 14 hours and is an engaging sit down viewing that I found myself easily running from 1 episode into he next. As reported the original show ran on “Versus” back in 2007 documenting the culmination of fights leading to the MMA event.

When you are looking into a new TV show, there is always a bit of research that goes on behind the scenes. I was saddened to read that the main founder know as “Mask” was killed in a car accident March 11, of 2009. That bit of news paints a certain phantom tint to the whole show itself. We hope the group continues to support his legacy in the professional fighting arenas. 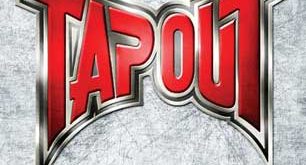