Production is gearing up on the horror film ROOM AND BOARD, to be helmed by Julia Davis (producer of the TV series Medal of Honor) and produced by Julia along with B.J. Davis, Darcy DeMoss, and Jack Lippman, from a script by Julia Davis and Rob Neighbors.

Production will begin in early 2011 in Lousiana.

Synopsis –
“Room and Board” comes alive a La Hermitage, with pure blood pumping through its veins. It’s a horrifying tale, based on a true story. Take an intimate look inside of a popular bed and breakfast, owned by a deceptively attractive group
of Russian women. The meat-cleaving matriarch of the family dies, leaving her bloody legacy to a gorgeous but conniving offspring. Natasha, a dancing, singing, blade-wielding psychopath, leads the way to hell, along with her seductive and macabre daughters, Masha & Sasha. The cast of characters sashaying through this Room and Board is more colorful cast than a crimson-stained menu. Presidents and celebrities come by for a taste of sin.

Old rocking chair bound Grandpa is a constant fixture out on the porch, come rain or shine. The family is completed by Natasha’s adopted son, Moses – a shy African American child, who was adopted by the family after he was left on their doorstep. Moses has a best friend, Beau – a gator, who lives in an elongated doghouse outback and serves as a living garbage disposal. Guests are lured to the establishment by rumors of the best steak in town. The family starts by serving their unsuspecting guests – and later serving them up on a plate. A mixture of zany, bizarre and camp characters make their way through this Louisiana retreat. The most annoying guests are the first to end up on the bloody menu.

Family secrets are bottled up and tensions run high in this lazy, sultry southern town. A handsome fugitive on the run throws a monkey wrench into the family’s well-oiled killing machine. He steals the heart of a sexy sister, instead of letting her family take his. The mad mixture of black comedy and horror erupts, as marauding beauties cook up

a delight horror picture show. It’s full of twists and turns, complete with an unexpected ending that leaves the possibility of an expanding menu – and a sequel…

Tags Room and Board 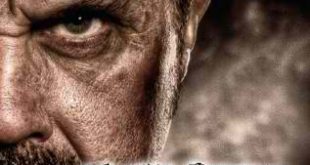 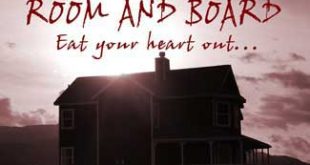 Room and Board: announces AFM showing