Mankind has always been quick to believe in monsters. They are beliefs born out of the unknown and nurtured by the unexplained. They grow out of the dark recesses of the human mind, where shapes and forms often bear no relationship to reality. Monsters are part of our mythological history. They appear in all cultures, past and present, from multi-headed monsters, dog-men, and the Cyclops of Greek mythology to today’s Ufiti, a ghost-ogre said to roam Nyasaland’s Zomba rain forest, or the Tokoloshi, a monster that bewitches and seduces the women of Southern Rhodesia, or the Congo’s Moon Gwa, a grey-furred, steel-clawed cat the size of a horse that terrorises local natives.

Tales of these kinds of creatures are always tantalising, and according to the former Secretary and Director of the CSIRO (Australia’s Commonwealth Scientific and Industrial Research Organisation) “They hold a never-ending fascination for the public, and we receive thousands of inquiries at the CSIRO about their possible existence.” The staff of the CSIRO are quick to negate the possibility of these creatures existing, of course. In both the Physical and Cultural Anthropology departments I was told about mankind populating the unknown with strange and disturbing imaginary creatures. One scientist explained it this way: “Historically, man has seen things that weren’t there, or perceived creatures in a way they did not appear. Man once believed a dugong whale was a Mermaid, or the goat-like oryx was a Unicorn, for instance.”

These same scientists, however, had to agree that some monsters do have a basis in fact. For centuries, Westerners had heard rumours of a legendary man-monster that roamed the jungles of darkest Africa, a huge, hairy beast of great bulk and proportions. At first scientists did not believe the creature existed, attributing tales of its prowess to the imagination of the natives. It wasn’t until the late 19th Century that science caught up with the animal, calling it the gorilla. And it wasn’t until 1902 that man identified and captured another species of the ape, the mountain gorilla, biggest of all the primates. So the question arises: If the mountain gorilla can escape detection by science until the Twentieth Century, avoiding the numerous expeditions trekking through its jungles, could not other primate forms, like the Abominable Snowman and Bigfoot do the same? 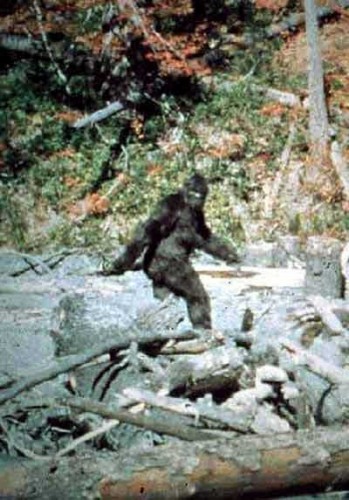 Not that the gorilla is the only example of currently known animals escaping detection. The wide-lipped rhino was not found until 1919, the okapi about the same time, and a ferocious man-eating monster of the East Indies that remained a ‘figment of the native’s imagination’ until it was first seen and classified by Western scientists in 1912. The real creature has become known as the komodo dragon. The giant panda, made popular by the gift of two of these animals to the United States by the people of China in the 1970s, may seem like familiar creatures today, but these animals successfully eluded mankind until 1937. They are still seldom seen in their natural habitat in the bamboo jungles of the remote China mountains. It was also in the 1970s that the 1600-pound brown bear was found in Kamchatka, Manchuria. As a matter of fact, new biological species are being discovered all the time. In the early 1950s, for example, the London Daily Mail sponsored an expedition to Mount Everest in the Himalayas, the world’s highest mountain, to search for the Abominable Snowman. The team couldn’t find the Snowman, but they did discover four otherwise unknown animals! It has been estimated by a National Geographic report that each year scientists discover and classify fifteen new birds, fifteen new reptiles/amphibians, fifty new mammals, a hundred new fish, and about five thousand new insects!

These facts indicate the possibility that an unknown creature of some size can roam our wilderness undetected by us. Not that the Bigfoot creatures are all that ‘undetected’. There is a growing body of evidence supporting its existence. According to Bigfoot fans, it is not ‘undetected’, it is simply ‘unclassified’ by the scientific establishment.

As late as the seventies we stumbled across a Stone-Age Civilisation in the Philippine Islands, a tribe of Indians about whose existence we were totally unaware, in spite of the fact thousands of men had trekked those islands during World War Two, and endless air missions had blanketed the skies above. Called the Tasadays, these primitive people inhabit an isolated corner of the island of Mindanao, and though they are few in number, their unknown and unexpected existence is graphic proof that the last survivors of an unknown race can live among us without our knowing it.

Also is the story of Ishi, the Yana Indian of Redding, California. This sole surviving member of an otherwise extinct tribe of American Indians, the Yana, lived side-by-side with modern man, without modern man knowing it. Ishi lived in the forests east of Sacramento, living as his people had always lived, depending on his crude bow and arrows. His hunting instincts, his rudimentary tools to eke out a life drastically different from his civilised neighbours only a few miles away. It wasn’t until Ishi came out of the forest in 1912, on his own, that we knew about his existence.

Are Bigfoot creatures living fossils, a species of man or ape that has survived a past age? Are they, as some suggest, Gigantopithecus, Paranthropus, Java, or Neanderthal Man? Could such creatures from a past age be alive today? The answer, scientifically, is yes they could. Consider the giant tortoise of the Galapagos Islands, a living fossil that has remained unchanged for 200 million years. The crocodile, some lizards and turtles, all survivors from the age of dinosaurs. These are creatures living today whose exact species lived on this planet long before the dawn of man. There are most probably such creatures alive today about which we know nothing. The coelacanth, for example, is a fish once thought to be extinct for sixty million years. It was pulled alive out of the waters off the coast of Africa in 1938.

The sea, the cradle of life, in fact harbours in its depths some of the strangest creatures on Earth, many surely still unseen by man. Here lurks the giant squid, a monster of giant proportions, once thought only to be a myth, a creature living only in the minds of sailors too long in the crows nest. The giant squid, some as long as thirty metres, are now accepted by scientists as fact. Perhaps these were the sea monsters reported by the crews of Nineteenth Century ocean-going vessels, the Valhalla, the Daedalus, the Umguli, the Osborne, and others. Or perhaps what the sailors saw were giant manta rays, now known to have reached the monstrous size of a thousand kilograms, or giant eels, also known to grow to amazing proportions.

During the days of silent passage when wind in the sails, and not noisy engines, powered ships, there were frequent reports of encounters with so-called ‘sea monsters’. There are fewer now, perhaps because the busy ocean traffic has driven the creatures into the deeper recesses of the seas. But in 1960 we had the account of a sighting given by the crew of the Julyntha. They said they saw a thirty-metre long serpent off Gloucester, Massachusetts, something they said looked like a dinosaur. And in August 1963, Doctor L.A. Walford, an American zoologist, reported seeing a twenty-metre ‘sea serpent’ off the coast of New Jersey.

Serpents and monsters have also been reported seen in inland waters, of which the monster of Loch Ness is the most famous (or infamous) but there are many others, like Lake Victoria in Africa, where natives recount tales of a dreaded serpent called Lau. In the nearby Congo there are rumours of the dreaded Chipewkwe, half-dragon, half-elephant, a monster which natives say can devour a hippo. In North America some residents report sightings of a mysterious serpentine beast slithering beneath the waters of Lake Champlain. In the western province of British Columbia, Canada, at Lake Okanagran, one of the most reported monsters is the Ogopogo, said to frequently startle and frighten lakeside campers. The Ogopogo once created such a furor that the New York Times even offered a thousand dollars for a photo of the beast.

The fact there are animals and people that remain unknown to us, that there is still an uncharted wilderness in the world where unknown creatures could live, has given some credence to the accumulating evidence. It means there is a possibility that geography, history and precedent do not rule out their existence. It’s vitally important that you join me for next week’s edition of Horror News, because an old gypsy woman told me that if you don’t read all my reviews from now on, the entire world will be destroyed. Normally I’m highly skeptical of such claims, but she was just so certain, I feel we’d best not take the risk. So enjoy your week, and remember, the survival of the entire world depends on you. Toodles! 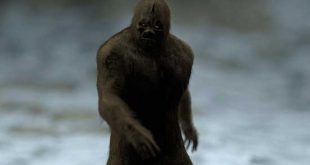 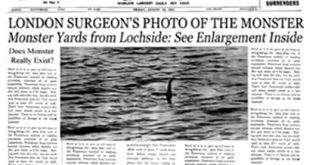