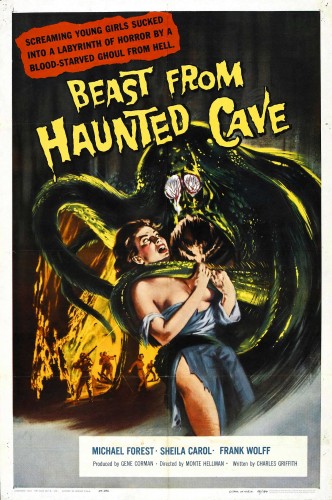 “A group of gold thieves pull off a heist and flee into the snowy wilderness, only to be pursued by a horrible spider-like monster.”

I have for your enlightenment a message film from the Corman Brothers, with the grammatically challenging title of Beast From Haunted Cave (1959). Made in 1959, its message is Crime Does Not Pay. Not the most original of messages and one that, in our bizarre through-the-looking-glass world, is not easy to take seriously. 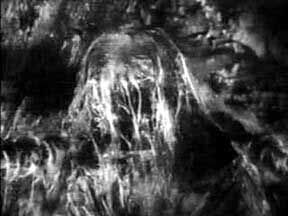 In fictional films, thieves planning robberies usually fail to take something important into account. This time they have neglected to consider the possibility of being hunted down by a large camera-shy monster. How careless of them! Like all vigilantes, Beast’s sense of right and wrong is not as well-developed as it ought to be, and like all vigilantes, causes much collateral damage, as you shall see. 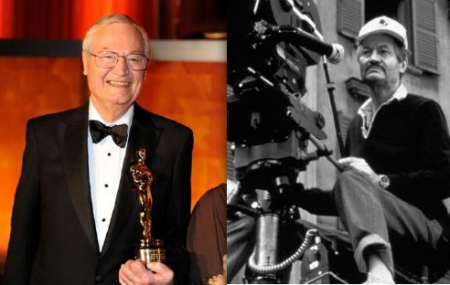 Roger Corman remade it as Naked Paradise (1957), in which thieves use a cruise boat to rob a plantation in Hawaii. In Beast From Haunted Cave, a monster has been added and the exotic location is near Deadwood in the Black Hills of South Dakota. He remade it again as Creature From The Haunted Sea (1961), and I think you’ll agree that in the hands of the Corman Brothers the story is best executed as a comedy. Crime does not pay, but uncredited remakes of other people’s films can bring a tidy profit.

Making his directorial debut is Monte Hellman, one of many talented directors who got their start with the Cormans. He had nothing to do with the writing, as is evidenced by the fact that Beast From Haunted Cave has nothing in common with his later works – other than the low budget, that is. In the mid-sixties Monte Hellman directed two existential westerns, Ride In The Whirlwind (1965) and The Shooting (1967), both with aspiring actor Jack Nicholson. These films were well-received at festivals like Cannes, but baffled contemporary reviewers and perished at the box office. They did acquire a cult following, as did his next, best known film Two Lane Blacktop (1971), an existential road movie with James Taylor, Dennis Wilson and Warren Oates in the lead. 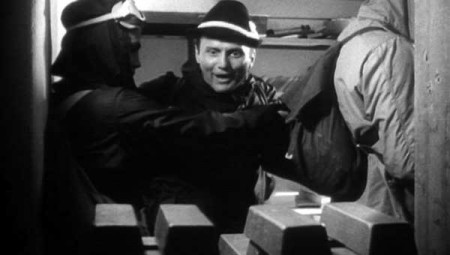 Subsequently he directed just three more films, many other projects were started then abandoned, and then he co-produced Reservoir Dogs (1991). When he first read the script, he wanted to direct it himself, but Quentin Tarantino was determined to direct his own screenplay and was not to be dissuaded. It is interesting to contemplate what Reservoir Dogs may have looked like if it had been directed by Monte Hellman. 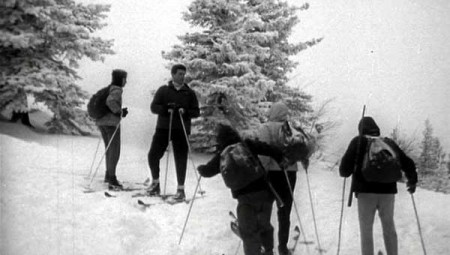 Unlike some other Corman films of the era, there are no past or future stars amongst the cast. Take for instance Frank Wolff, the villain in this piece. In the early sixties he was in a number of Italian films and is best remembered for an important scene early in Sergio Leone’s masterpiece Once Upon A Time In The West (1968), in which he plays the ill-fated Brett McBain, whose purchase of a certain piece of land initiates much of the action in that film. Many thespians finish their careers without having appeared in one good film, let alone a masterpiece. 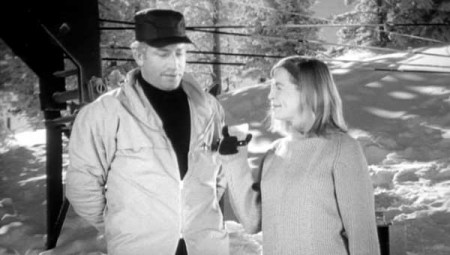 Michael Forest as Gil Jackson, and Sheila Carol as Gypsy, give indications they might have been able to handle better material if they were given it. They weren’t. Richard Sinatra was Frank Sinatra’s nephew. This was no help in building a lasting career and like his co-stars, he disappeared without having done any truly memorable films. He wasn’t terribly close to the family, if you know what I mean, and I think you do. 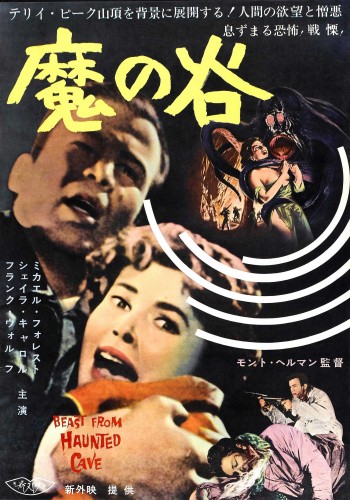 Once Beast had overcome its shyness and stood centre-frame, we can honestly say there have been sillier monsters in films bearing the name of Corman. When first glimpsed, on the edges of the frame, it seemed almost ethereal, as if made of cobwebs. When we finally get a proper look at it, it’s like a combination of Giant Spider and Abominable Snowman. Come to think of it, there was a British horror film entitled The Abominable Snowman (1957) made in 1957, and it was released in the USA, too. Could that film be totally unknown to the Cormans? I doubt it. 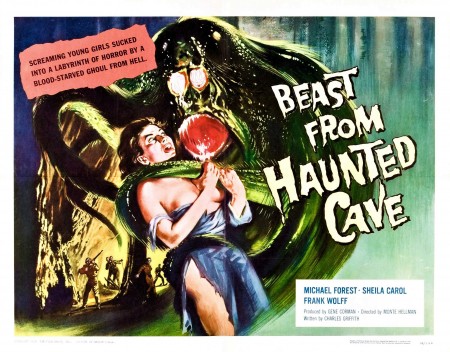 The blood-sucking Beast is finally terminated by a flare gun. I’ve also seen a flare gun used as an effective weapon in Dead Calm (1989), but I never carry one myself. I don’t see the need. Many is the time I’ve frightened monsters away simply by wearing flared trousers. Flares provide certain protection against monsters, with just the one unfortunate side-effect of being placed on the worst-dressed lists by fashion critics who would not believe my sincere explanation. Please join me next week when I will strive to frighten you with another journey to the dark depths of Hollywood for…Horror News! Toodles!