The wait is almost over, the latest version of our favourite terrifying creature, the werewolf is set to hit our screens in the not-too-distant future. The filming of Wolf Manor is complete, and Director Dominic Brunt says that the movie has now entered post-production. 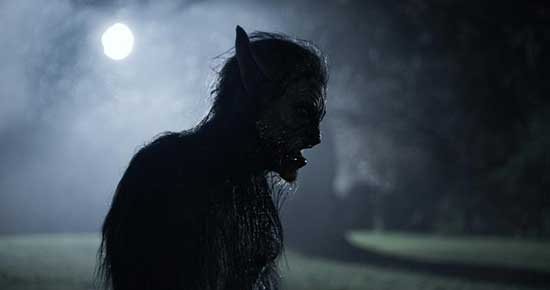 Shot in Shropshire on a quarter on a million-pound budget, the director has promised a full-throttle, gore-filled plot with buckets of blood and truly terrifying scenes. The director got all the footage in the can in three weeks, how quickly that can be turned into the finished horror-thriller remains to be seen.

The storyline tells the tale of a film crew who have been making a vampire movie in a historic, abandoned British house. But everything is not going to plan. They are over budget, out of their depth and over schedule. The crew are desperate to get out of there and get themselves homes. And then the moon full moon rises, and the nightmares begin. The manor’s resident werewolf makes its appearance. The cast and crew find themselves in their own horror drama as the blood starts to flow and the body count grows.

The werewolf creature was created by Shaune Harrison who is a renowned special effects artist who has worked on Star Wars, Game of Thrones, and Avengers: Age of Ultron. The make-up design is by Katie Wrigley and the costume design is by Lance Milligan.

Wolf Manor is a Mitchell-Brunt production, produced by Joanne Mitchell with Peter Wild as executive producer.

Dominic Brunt says of the film: “Wolf Manor does exactly what it says on the tin. A werewolf film with a rocket up its behind. Buckets of blood, beautiful countryside, a stellar cast and world-class prosthetics make Wolf Manor a wild ride and, (we humbly feel), it’s a worthy addition to the werewolf movie cannon.”

And what a werewolf movie canon there is. It all started with the early werewolf franchise starring Lon Chaney Junior in the 1941 highly acclaimed Wolfman film. He went on to star as the werewolf in the 1943 Frankenstein Meets the Wolfman before the producers decided to introduce Dracula to the monster mix in House of Dracula in 1945. An ageing Lon Chaney appeared as a mummified werewolf in the 1964 Z graded Mexican movie Face of The Screaming Werewolf.

While Lon Chaney may have been sliding towards infamy, other werewolf movies picked up the baton including Teen Wolf in 1985 starring Michael J Fox and the iconic American Werewolf in London which was both terrifying and hilarious in equal measure. No one who has seen the film can hear the words ‘stick to the path’ without conjuring up an image of dark moors and a strange old pub. Warren Zeavon’s hit song Werewolves of London had a ‘guest appearance’ on Elmer Bernstein’s score for the movie.

If you like your werewolves scary and gory with a good dollop of funny, then last year’s Werewolves Within is a goofy film based on a Ubisoft video game of the same name. Werewolves feature in many gaming environments, including the recent action role-playing video game Werewolf: The Apocalypse – Earthblood. Werewolves also feature in the popular new slots game by NetEnt, The Wolf’s Bane.

Werewolves had a resurgence in popularity with the Twilight franchise. Here the creatures are not werewolves in the traditional sense but more shapeshifters whose powers have been passed down through the generations. The popular TV show Teen Wolf is now also getting a movie, proving that audiences just can’t get enough of this type of monster.

If you cannot wait for Wolf Manor to be released you have plenty of options to get a werewolf fix. Just don’t scream too loudly or you might miss out on the action.