Who can forget the infectious and spine-chilling remake of “Sweet Dreams (Are Made of This)” by the quiet and conservative (kidding) man who goes by the name Marilyn Manson? It was back in 1995, when mainstream radio introduced us to the man who paraded in white makeup and creepy outfits. 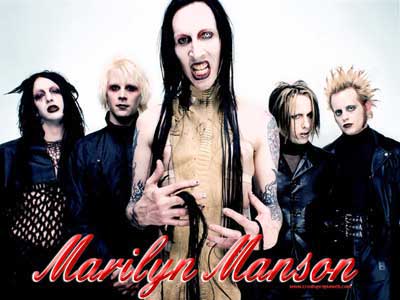 Who can forget the devil worshipping accusations that sprinted forward by parents and religious groups. Manson entered the music scene with a bang and made no apologies for his style or music. He quickly brought music and horror together often using the latter to further his career. Despite negative responses by some, Manson continued on and spawned seven studio albums and three EP’s including “Smells Like Children” which jump started his career. All his albums bridged the horror sect through lyrics, melodies and videos. Needless to say, Manson has managed to stay busy in his personal and musical lives. For those hard core fans who are gripping their hair and biting their nails, here’s what happened to Marilyn Manson. 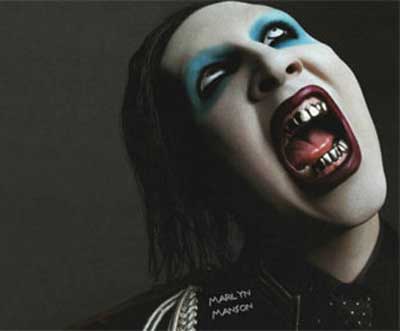 On the music front, Manson released two albums over the past three years. In 2007, “Eat Me, Drink Me” hit music shelves. He described the album as having a vampire theme and promoted it as such even opening a website called VampireFreaks.com. The single, “If I Was Your Vampire,” was the first song to grace the public’s ears. It was also featured in the movie trailer for 2008’s “Max Payne” starring Mark Wahlberg. Other songs include “Eat Me, Drink Me” and “Heart-Shaped Glasses (When the Heart Guides the Hand).” The video for “Heart-Shaped Glasses” starred him and then girlfriend Evan Rachel Wood. In 2009, “The High End of Low” was released. Themes for the album included pain, death, and violence. The release date was delayed a few times but finally saw the light of day. The album hit shelves to mixed reviews. Songs include “Arma-g*ddamn-motherf*ckin-geddon” and “Devour.” After the album dropped, Manson and his band severed ties with Interscope Records. Despite the drawback, an eighth album is in works but a music label has yet to be named. A release date for the album has not been set. 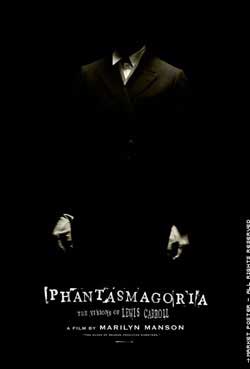 Manson has also been partaking in other parts of the entertainment world. In 2006, he released the title and plot for a movie he was to write and direct. “Phantasmagoria: The Visions of Lewis Carroll” was developed from the rather unique brain that is Manson. The film was described as a gothic horror tale which was to tell the story of Lewis Carroll and how his popular tale “Alice and Wonderland” came about. Manson was set to direct and star as Carroll. Lily Cole was tapped to play Alice. Tilda Swinton and Evan Rachel Wood were also rumored to appear in the film. There was immediate buzz surrounding the film which was predicted to stir plenty of controversy. Though initially bringing in positive comments, things came to a harsh halt recently. In April 2010, a trailer for the film was leaked online. Fans that were able to catch the trailer before Manson had it removed, were witnesses to sexual and provocative clips. “Alice” was no longer an innocent child’s tale but instead a horror-filled raunchy fable. After the trailer debacle, the film began to draw fire and negative buzz. The movie was finally shut down in September and may not hit screens, according to some sources. 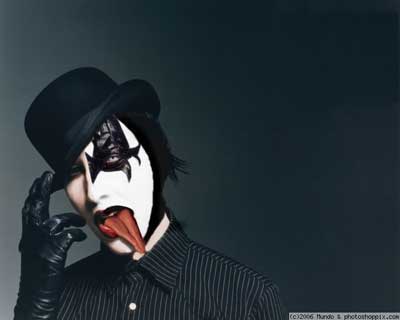 On a lighter note, Manson has recently made his true love and appreciation for HBO’s “Eastbound & Down” very public. The show tells the story of an ex major league baseball player who returns to his hometown and ends up teaching P.E. Manson has been itching for a cameo on the show and according to the show’s star Danny McBride, has been sending McBride weird emails. A cameo or part have not been created for Manson as of yet but perhaps the fastball headline love may earn him a spot in the near future. Manson also took some time to record an episode of The Biography Channel’s “Celebrity Ghost Stories.” Audiences will get to hear him tell his own personal ghost story (very fitting no?). The episode will air October 30. 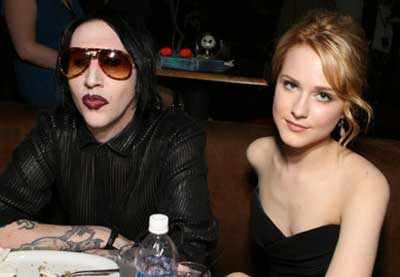 Manson’s personal life has also been front and center of media attention. Manson married Dita Von Teese in a private ceremony in 2005. Then in 2006, the couple filed for divorce citing irreconcilable differences. Soon after, he was linked to “True Blood’s” Evan Rachel Wood. The two caused a stir with their age gap and lifestyle choices. The couple broke up but found their way back to one another. They were reportedly engaged but according to some media outlets, the engagement was called off in August.

Manson always manages to find things to do even during his off time. Whether it is film, television, love, or music, there will be no shortage of Marilyn Manson. He may stand in the background for a bit but always finds a way to take the lead back. He has solidified his place in the entertainment and horror worlds and shows no signs of giving up what he has claimed. After all, he is a star in his own dope show. 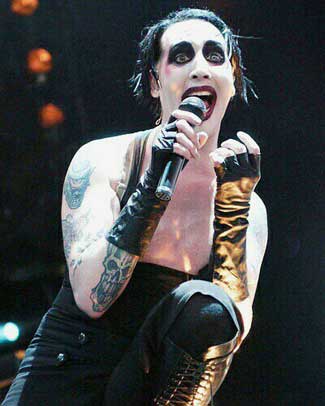 *Some facts for this article were gathered from www.mansonwiki.com and imdb.com