Home | News | Unexplained Confidential: Growing Up as a Horror Fan

Unexplained Confidential: Growing Up as a Horror Fan What makes us all horror fans? Ever since HorrorNews was born, I’ve been thinking more and more about that question. It’s a great question with no one answer. Actually, It’s the one question that has millions of answers. We are all different in age and background, so my childhood memories of horror might be completely different than yours.

Our different and unique experiences have molded us into the horror fanatics that we are today. I was born on December 25th, 1970 ( yeah, I know ), so my earliest memories of horror movies probably started somewhere in the mid- 1970’s through the early 1980’s. Those are the years in my life that I’m going to explore to try to answer my own question.

Think about some of your earliest Halloween costumes. I recall when I was in or around Kindergarten age I was in a costume contest and I think I even won a prize. I was Dracula. My grandmom made me a cape and I think I remember my mom slicking my hair back. I’m sure I had some fake fangs too. Probably a year or two after that, I got one of those nylon costumes in a box – it was Frankenstein. You know, the plastic mask with the rubber band that keeps it around your head. I loved that cheap ass Frankenstein mask. Yeah, those old Universal Studios horror movies must have had a grand impact on me as a boy. Actually, more than the classic originals of Dracula and Frankenstein, at that young age I believe I was more of a fan of Abbott & Costello meet Frankenstein.

I mean, it was a kid’s horror smorgasbord, it had em’ all, Dracula, Frankenstein, Wolfman, and even the Invisible Man at the very end. Back in those days, they had Abbott & Costello movies on every Sunday afternoon along with either Blondie & Dagwood, Lewis & Martin, or Bob Hope. I grew up on this sh*t but my favorites were always the Abbott & Costello movies where they met Frankenstein, or The Mummy, or Dr. Jeckle & Mr.. Hyde. I’m telling you, now that I’m typing this I never really realized how Abbott & Costello played a role in me becoming a horror geek.

There’s more. I mentioned Frankenstein and I’ll mention him again. During those crucial horror fan building years, it was Frankenstein who was my favorite monster. I mean, not any more really. You grow up and you find new horror monsters to idolize, but back then, man o man, he was the cat’s meow. Of course, a take off on Frankenstein was Herman Munster. The Addams Family and The Munsters, both played significant roles in me becoming Joyhorror. The specific episode that I remember liking a ton was when Herman was singing that song, “My foot bone connected to my leg bone, my leg bone connected to my hip bone”. You remember, the song might not have went exactly like that but you know what I’m talking about. I used to go around the house singing that song as a kid.

More than anything that I’ve mentioned so far, it was Dr. Shock on Saturday afternoons on WPHL channel 17 that gave me my real horror fix. I was glued as images of vampires and aliens enticed me. It was about that same time that I started my horror scrapbook. Now, It wasn’t all horror but looking back at that book today, it was a lot of horror. I cut pictures out, mostly from the TV guide or the newspaper. My scrapbook has seen better days but I posted a few images that include, Monsters,Madmen,&Machines ( I think a horror doc that was on HBO ), King Kong, Black Hole, Up From the Depths, Jaws2, Orca, Island of Dr. Moreau, Halloween, Prom Night, Prophecy, Planet of the Apes, Close Encounters of the Third Kind, The Martian Chronicles, Dracula, and more. Now, back in those days when I wasn’t playing with my Star Wars figures I was outside being creative, sometimes re-enacting scenes from my favorite movies with my friends. I recall, using the picnic table as a boat when pretending that Jaws is underneath. I also, recall hanging out at the sewer in front of my parents house waiting for the creature from the sewer to appear. We tried to provoke “it” by tossing rocks and things down into the sewer. Does this mean I was a strange child? I don’t know, but I am a horror fan because of it.

I asked the same question to a few friends of mine –

Zimms – There were certain album covers that gave me the creeps. The first horror movie I remember was Homebodies. It made me afraid of old people when I was little.

Zombie to the Core – Earliest memory I had was “trying” to watch Halloween on TV. I couldn’t get past the part of all the crazies walking around outside in the rain. I don’t know why but that scared the sh*t out of me…Ever since then I have loved to be scared…Even as recently as when we went to see “the ring” in the movie theater…when they had the countdown. “Day 1..etc….By the time they got to “Day 7” I was freaking out…. That early memory of Halloween I think shaped my opinion of horror films..If a movie got to me where I had to turn it off, that movie did its job in attempting to be scary….

If I can quote BoneDigger for a second, ” I love nostalgia ! ” so if anyone within the reach of a keyboard wants to email me their childhood horror memories, I make sure they get posted up on HorrorNews. Shoot me an email at joyhorror@msn.com

Tell me if this isn’t crazy in an awesome way? When we were kids horror was learned at home and school was for subjects like math and English. Here is a copy of a permission slip from a local New Jersey high school where watching horror movies is actually a subject. Why couldn’t we have this course when I was in school? I mean, come on, take a look at some of the movies they are required to watch. This school is going to generate the next generation of HorrorNews columnists. I know I drifted from our normal Paranormal topics this edition of “Unexplained Confidential” but next time out I’ll have Part 1 of a series of interviews with South Jersey Ghost Research. It looks to be hauntingly delicous. 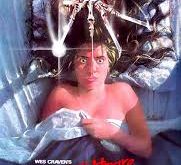