I’m back and talking about MORE horror movie nostalgia from the 70’s and 80’s. This is a follow-up to my column titled “ Growing up as a Horror Fan” that was posted a few years ago and then re-posted 10/13/2010. I challenge everyone to reach back as far as you can in the dark recesses of your mind and find that moment that you became a horror fan. I’m not trying to discredit anyone’s decade – but personally speaking I was a product of the 70’s and then the 80’s continued my dilapidation. I’ve always been pulled towards the paranormal. I remember my mom talking about how one of my aunts had one of the Books of Moses and a story about a sofa that just burst into flames at my aunt’s house. Tall tales? I don’t know. The origin of a horror fan can be found anywhere and in anything. For me, it was back in the days when drive-in movies were still relevant. 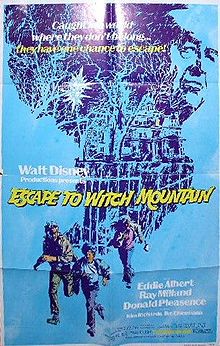 The Starlite Drive-In Theatre in Gloucester City, New Jersey was the closest big screen to my home and I have a few select memories of going there when I was a child. If it wasn’t going there, it was The Wonderful World of Disney every Sunday night on NBC. I remember really being drawn to Escape to Witch Mountain (1975) and the characters of Tia and Tony as they discovered their Telekinetic powers. This was my introduction to the paranormal and the realization that people only use a small percentage of your brain engine.

The ending of the movie solidified my interest in UFO’s. The Cat From Out Space (1978) was another movie geared towards young children and laid the ground work for future UFO enthusiasts. Public television was always big on showing the original black & white serials of Flash Gordon late late at night. I’ve always been a huge science fiction mark. The be-all end-all in sci-fi for me is Star Wars, but before I was a giant Star Wars geek, I believe my favorite fantasy movie was The Planet of the Apes. There was one Christmas in particular that I recall receiving an entire Ape City Playset and Planet of the Ape figures. These figures were G.I. Joe size. The smaller style action figures didn’t really get popular until the Star Wars franchise. I also had a three to four foot 3D puzzle of one of the Gorilla soldiers from Planet of the Apes. You glued layers on top of each other to build the 3D look. I don’t have that piece of history any longer, but I do have a Planet of the Apes LP.

The narrator tells the story of Planet of the Apes, Escape, Battle, & Beneath. You know some kids play cops and robbers and other kids play cowboys and Indians. I don’t recall doing that, but I do remember having my friends play dead and then someone would scream, “Fight like Apes” and it was on like Donkey Kong (an ape reference of a different sort). Of course, the “Fight like Apes” praise is from the movie Battle for the Planet of the Apes. 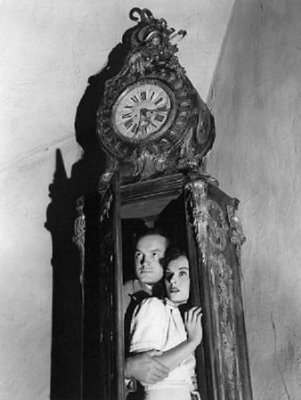 Saturday was traditionally the horror movie day, but I want to talk a tad bit about Sunday. I remember watching the Sunday morning matinee and while those movies were not horror movies, they did have horror themes. Abbott & Costello in Hold that Ghost (1941), and Bob Hope in The Ghost Breakers (1940) are just two comedies that utilize the essence of those old haunted house movies. I think a true horror fan has to appreciate the cross genre experience. The Three Stooges did some shorts that dabbled in a supernatural theme, one of which was The Ghost Talks (1949) and then you have The Bowery Boys who did Ghost Chasers (1951). Now, these movies were made way before I was born but none the less, these were the kind of movies that we watched in my home during those crucial years. You can easily point the figure at the television programs that I watched in grade school and maybe before.

In recall on weekday mornings, reruns of Bewitched was running in syndication. It was a fun little television program and an introduction into Witchcraft 101. Let’s talk about some more about the relationship of paranormal and television. In Poltergeist (1982), Carol Anne was trapped in her television. It’s ironic because I think as children we are all trapped inside our own televisions. It carries into adulthood too, but I think as children we form more of a bond with the programs that we watch. When we reminisce, it’s usually about POP CULTURE from our high school and grade school years. It’s a warm feeling of nostalgia that sweeps over us like a summer day that we used to know. Rod Serling brought us Planet of the Apes, but that is not what he’s most known for. When you think of Rod Serling, you think of The Twilight Zone. To this day, you can still find Twilight Zone marathons being played on holiday weekends. There are not too many black & white television programs that a cable channel will show that kind of respect to.

The Twilight Zone Season 1 introduction – There is a fifth dimension beyond that which is known to man. It is a dimension as vast as space and as timeless as infinity. It is the middle ground between light and shadow, between science and superstition, and it lies between the pit of man’s fears and the summit of his knowledge.

This is the dimension of imagination. It is an area which we call the Twilight Zone. I think that fifth dimension that Rod speaks of is a very real place. It was real to him and it was real when he wrote about it. It’s real to children. It sometimes takes the honesty and purity of a child’s imagination to believe and grasp those impossible ideas. When I was a child I believed in the possibility of everything. It’s when you’re at your most creative and nothing is impossible. It’s before your jaded and effected by the negativity of the world. I think the true test of man is when he can learn to harness the negative energy and turn those nightmares into dreams. It’s only then when we all find our inner child. 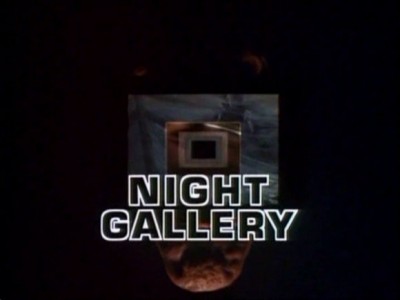 Night Gallery was another product of Rod Serling’s imagination. I remember it being on late late at night. It was sometimes the last thing I watched before I went to bed. You ever wake up from a nightmare and instead of being scared, you realize that you just had a totally original concept. And then you think about how cool it would be if your nightmare was a full screen theatrical movie. And then you try to remember every nuance of that nightmare before it slips away.

I’m glad I’m not the only one. I had a conversation with Laurent Bourzereau recently about his book Hitchcock Piece by Piece. It didn’t take long to be reminded of that greatness of Alfred Hitchcock. I think my first experience watching Hitchcock was the movie, The Birds. I also remember watching the tv series, Alfred Hitchcock presents… usually on in the morning. I believe those to be my earliest memories, before I had watched Psycho or Rear Window. He was also probably the very first director that I knew by name. I had a LP titled Alfred Hitchcock’s Ghost Stories for Young Adults. I might still own the record, however I no longer own a record player.

Hey guys, that’s it for now.  I’ll catch you next time and I should have some good paranormal interviews being posted in the couple of weeks.