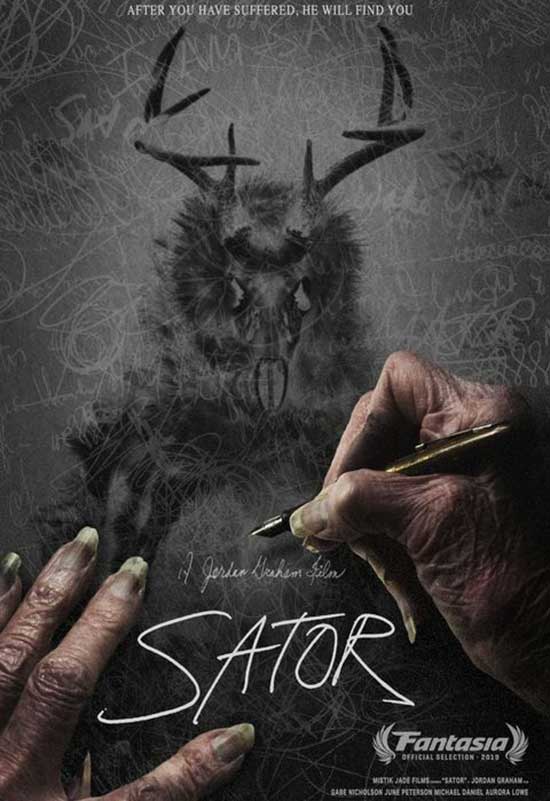 Secluded in a desolate forest, a broken family is observed by Sator, a supernatural entity who is attempting to claim them.

The last few years have seen various filmmakers go in a welcome fresh direction for horror, which has resulted in some both better quality movies and more attention from audiences who may have avoided horror as a genre in the past. While some of these films such as Hereditary, A Quiet Place and The Witch are not to the tastes of some horror traditionalists (for me personally, whilst I appreciate what first two have done for the genre I don’t feel they are particularly good movies), it’s hard to deny that they have had a positive effect. While they are still a staple, it’s no longer the case that witless ‘jump scare’ efforts make up the vast majority of new horror movies, which is great news for fans.

A recent film which falls very much into the ‘new horror’ camp is 2019’s Sator, brought to us by Californian writer/producer/director Jordan Graham. Clocking in at a brisk hour and twenty six minutes, Sator opens with a beautifully effective black and white prologue sequence; firstly we see an elderly and apparently confused woman, who tells us about a mysterious person or entity known as Sator, who was ‘in charge of everything’. 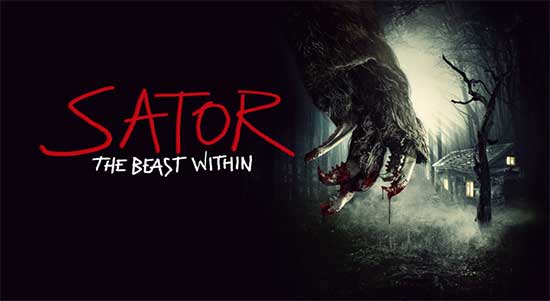 This gives way to eerie, mist-strewn forest and then a sinister candlelit house, littered by reams of paper covered in spidery writing. The fluid camera prowls the creepy setting to wonderful effect, as we slowly enter various rooms of the house; each of which shows us sights that hold nothing frightening at first glance, but it quickly becomes clear that there is something deeply wrong and unsettling about the house and its occupants. While it is true to say there are subtle influences from the aforementioned Hereditary (overrated) and The Witch (stunning) and even Lars Von Trier’s Antichrist, Sator’s intro honestly does more to send chills down the spine than many movies manage in their entire running time. Not only is the camerawork superb, but the sound design is incredible; the scratching of a pen nib on parchment, the splashing of petrol onto the floor, the catching of flame all have the effect of some bizarre nightmarish ASMR video.

The next scene introduces us to a lone huntsman in the forest – the astonishing sound design continues with eerie animal calls, distant twigs cracking; this combines with the sense of stillness from the visuals to create a really sinister atmosphere of dread that you can feel slowly seeping into you. It’s something that the recent and slightly disappointing – if not all bad – Blair Witch update could have learned a lot from. From the very first frame Sator has an otherworldly and deeply threatening vibe that really works.

The hunter, Adam (Gabriel Nicholson) is joined in their cabin by his brother, Pete (Michael Daniel). Men of few words, they spend much of their time checking the various cameras they have hidden in the woods for either signs of animals or perhaps something more sinister. Pete visits their grandmother, who is rapidly succumbing to dementia; she spends most of their conversation discussing the titular Sator, who appears to be an all-knowing entity that speaks to her telepathically, initially through automatic writing and later directly into her thoughts.

It seems that Sator is far more than just the ramblings of a woman in the twilight of her years descending into senility. The sad and complex family history is touched on; the boys’ grandfather apparently committed suicide for reasons that may or may not have been directly due to Sator’s influence.

Sator’s use of its settings is absolutely wonderful; the night-time forest feels genuinely frightening, appealing to our primal fears of the dark and unseen lurking horrors. It also preys on our fear of losing our grip on reality, through dementia or mental illness – there are shades of the underrated The Taking Of Deborah Logan here. The film builds in its intensity throughout, until the film’s first – but not last – act of sudden violence in the closing minutes. It’s a shocking moment, coming as a complete surprise; it’s brutal, graphic and extremely effective. 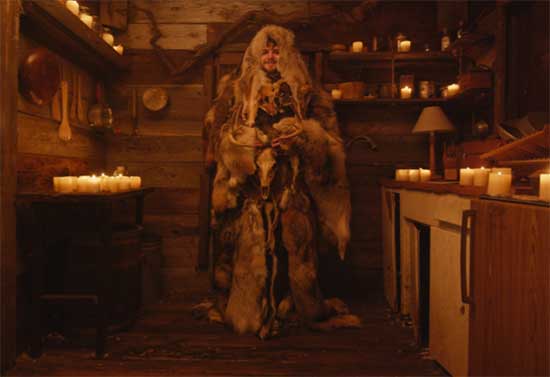 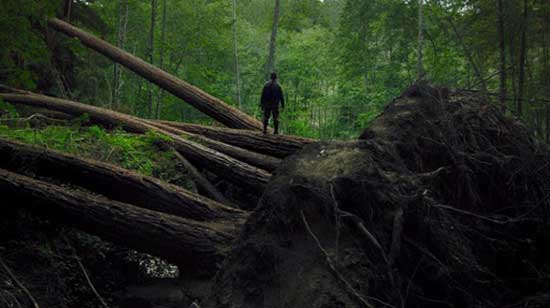 This for me was one of those rare horrors that actually justify the name; it makes you feel afraid, and long for the safety of daylight – and surely for any horror movie there is no higher aim. There will no doubt be people who watch Sator and feel that too little of any substance actually happens, and depending on what you want out of your horror films that may be true. But if you value mood, atmosphere and that increasingly rare tingle of fear at the base of your spine over cheap jump scares you may find Sator right up your street; highly recommended.