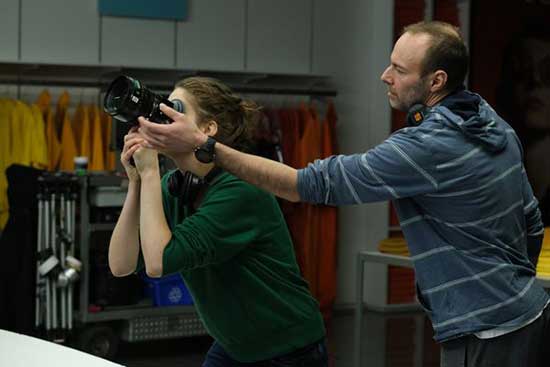 Hi Elza, I’m so excited to talk to you. I watched Slaxx and it’s incredible.

After I watched the movie, I looked at my jeans and thought, do I really want to be in the same room with my jeans right now.

There is a message in this movie, for sure. I don’t think most of us wake up and look at our clothing, and wonder where it was made? Who made the clothing? Where it comes from? But this is such a fun movie with a message. How did this idea manifest for you?

Elza- It was a fluke. I co-wrote the script with Patricia Gomez, a longtime collaborator who also produced the film. We have been friends for a long time and in our early twenties we went on this long road trip with another friend. We we’re teasing each other with words we hated to make the time pass. Our friend hated the word “slacks,” so I kept repeating the word over and over. Patricia and I looked at each other and we we’re like, I think we found a horror villain. A killer pair of pants! The third draft we brought in the social commentary and child labor message after doing a lot of research on the clothing and fashion industry practices, and seeing all of these images of young girls in Indian and Asia picking cotton. That’s when it really struck me that this character had to be at the heart of the film. It was a long journey.

What can you tell us about the jeans and how special effects got them to go in to formation? They also do some dancing. But the formation scene really got me. It was amazing, but it was kind of funny too.

(Both of us laughing)

Elza- We knew we wanted practical effects, and for each move there was a different rig and different jeans. We also had copies of the other jeans in case they got splattered in blood. I gave them references of animals and how insects crawl. We had a puppeteer on the set for the jeans. 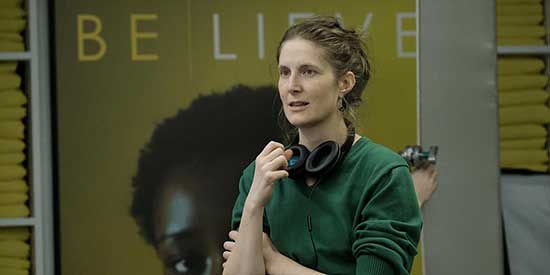 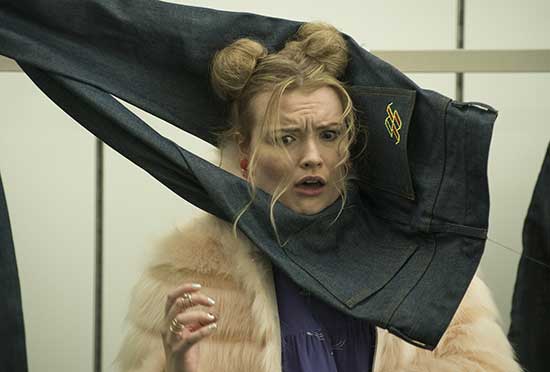 Elza- Patricia and I are working on a script that has a bit of a similar theme. We are also working on a vampire show that we’ve been developing for a long time. 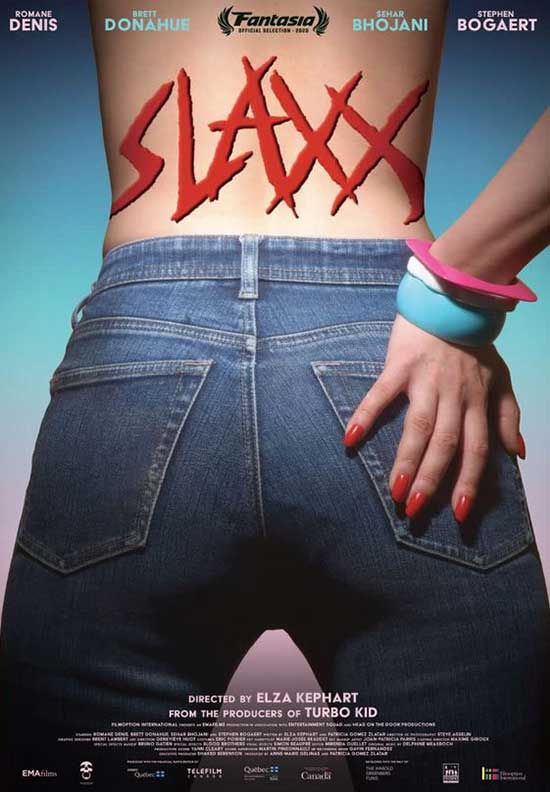 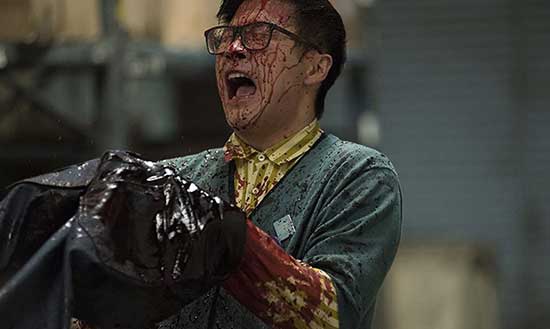 What do you want to saThank you for talking to me today Elza. Slaxx is a great movie.y to the people who will watching Slaxx?

Elza- Thanks for watching Slaxx and I hope you enjoy the movie. I hope that people think about who makes my clothes?! I think it’s important that we think about that.

Elza- Thank you so much.

A possessed pair of jeans is brought to life to punish the unscrupulous practices of a trendy clothing company. Shipped to the company’s flagship store Slaxx proceeds to wreak carnage on staff locked in overnight to set up the new collection. 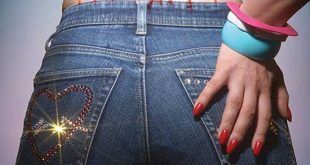