BJØRN: Time was an important factor when deciding using a two-camera set up. By using this set up we could cover more footage in a shorter time of space. The two cameras where covering the same action, one camera would do the close-ups while the other camera would do the medium shots. On a few occasions only one camera was used due to limited space on location.

Q: Was it challenging for the cinematography team to make a feature film in a 14 days shoot?

BJØRN: Sure it was, but we knew this early on and prepared accordingly. Using mostly one location meant we could pre-light the set and made it flexible enough to quickly alter the lighting set-up depending on where the action took place. The two-camera set-up helped speeding up the shoot and the fact that the director rehearsed with the actors a lot in pre-production was also a main factor in this achievement.

Q: Almost all of “Entombed” takes place in darkness. How did you approach the lightning of the film?

BJØRN: Darkness in film and in real life is two different things. The mood of the film is dark and what you see is as important as what you do not see. We choose to have dark backgrounds with just streaks of light exposing the walls adding depth, light and darkness. That way you can create the feel of darkness while the actors are still lit enough to be seen.

Q: There`s an extensive use of colored light in “Entombed”. What`s the thought behind that?

BJØRN: The director and I had many discussions about the lighting and the colors used. We use a seagreen filter, Peacock from Lee filters, to make shafts of light on the background walls. Peacock is an interesting color-filter, and for us it gave us something different, a kind of poisonous feel to it at the same time as it is an incredible beautiful color. We also used red color filters to create a geography in the room for the audience not to get lost.

Q: What was the most challenging part of making “Entombed” for you?

BJØRN: Time was probably the most challenging part for this film. Two weeks is not a lot of time to shoot a feature.

Bjørn Bøthun went to London Film School in the early 90s and has since been doing several independent feature-films as well having spells in music videos, documentaries, reality-TV and as a lecturer at film-school. 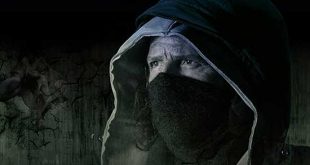