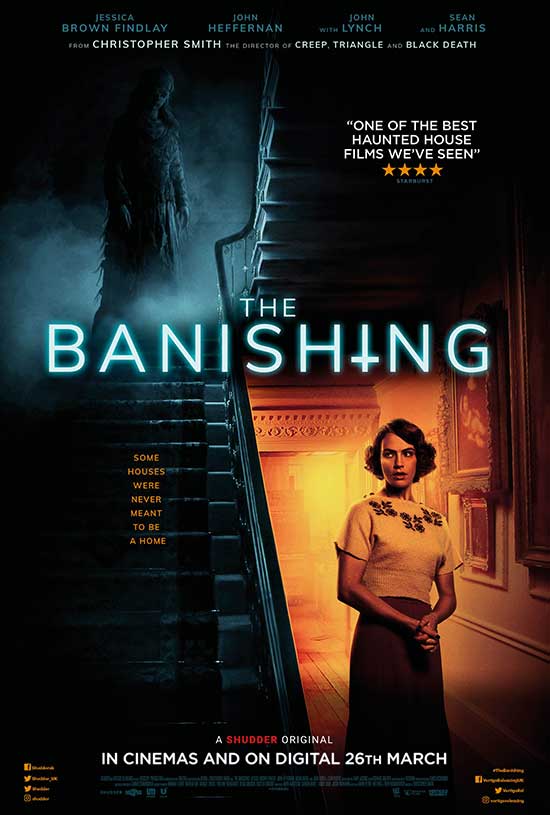 THE BANISHING has a terrific cast, including Downton Abbey’s Brown Findlay as a young woman uncovering dark secrets in her new home; Sean Harris (Red Riding, Mission: Impossible) as ghost hunter Harry Price; and John Lynch (Isolation) as a sinister ‘man of God’. Smith expertly delivers a handsomely mounted period mystery, based around the spooky real life Borley Rectory tale, that steadily builds to a satisfying climax, twanging the nerves along the way, with creepy dolls, shadowy figures, religious mania and the terror of madness. A story of isolation and a family strained to breaking point, THE BANISHING is the perfect lockdown-era chiller for fans of spine-tinglers like The Others and Rebecca.

Synopsis: 1930s, England. Linus, his wife Marianne and their daughter Adelaide move into town, where Linus has been posted as the new reverend. He’s been tasked by the Church to renew the villagers’ faith, which has been lost after the disappearance of the previous reverend’s family, who lived in the very same mysterious manor where Linus and his family have settled into. Soon after their arrival, strange events start to occur: ghostly voices, dark figures dressed as monks, mysterious totems, and Adelaide’s behavior becoming stranger by the day. It soon becomes clear that a malicious entity seeks to possess Adelaide and that the Church is hiding a terrible secret…

THE BANISHING will be released in cinemas and on digital platforms 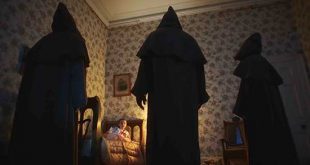