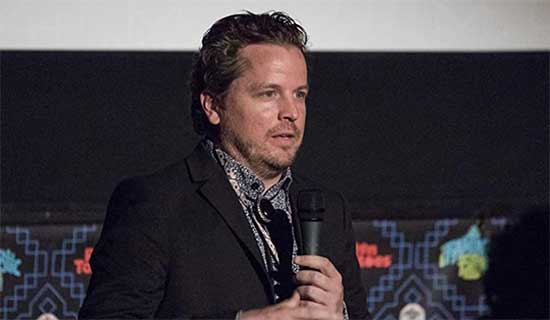 Two sisters, Alma and Elizabeth, along with a dog who’s described as a “philosopher,” have come to Alma’s remote house to reconnect with Wesley after twenty years. Alma is recently divorced, Elizabeth is a workaholic in Washington, D.C., while Wesley lives in Paris dealing with a wife recently struck with a fatal disease. When the three come together for dinner it has all the makings of a lovely adult melodrama about loneliness, and the desire to connect and share our lives with someone… but we must add to the mix one otherworldly piece of information: Wesley could be a vampire.”

HNN-Hi Mickey, it’s great to talk to you. I watched Climate of the Hunter about three times.

HNN-Yeah! (Laughing) I did. I was fascinated by this movie. I think COTH was unique. I grew up watching horror movies and they were my escape. I think this movie was unique. The cast was great. Where did it all come from?

Mickey- First of all, thank you. I’m glad you liked it as opposed to the other side of the coin that is just kind of like, I was looking for the story or the plot and I couldn’t find it. It’s not there, it’s not supposed to be there. So, where does it come from? I have more of an art house film influence. When I went to make a horror movie, this is what came out. 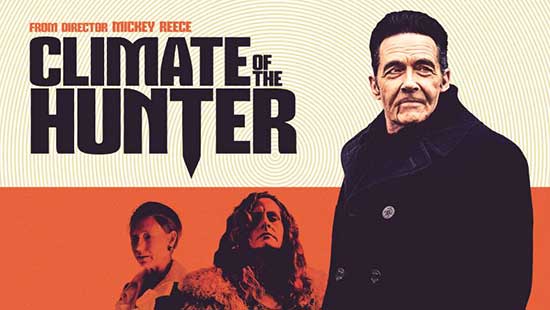 HNN-It reminded me of those mystery dinner events! You know where you are having a great conversation with cool people and you’re sitting, having fun and then there’s something creepy going on and nobody knows what it is.

Mickey- Oh my God, that’s the best thing I’ve heard, your spot on. It’s a movie but because of the confines that we’re in, within these cabins, in these rooms. It becomes more of a stage play. What your saying is like, it’s more of an experience, as in you’re trying to figure it out with the audience, even though you’re not with an audience, you’re watching it as an audience member. You imagine other people watching it and trying to figure it out.

Mickey- I think it is a conversation piece and I love that.

HNN-What can you tell us about the dinner scenes? They were excellent scenes.

HNN-What was it like filming in the middle of the woods? At least that’s what it looks like?

Mickey- It was most definitely in the middle of nowhere. It was like camp. We were all just in camp together. You surround yourself with enough people that are not taking themselves so seriously. It becomes a comedy in that way. It’s all just a big plethora of inside jokes. The cast and crew are having fun.

HNN-Jacob Ryan Snovel’s character sort of reminded me of Grandpa from The Lost Boys. He was sort of the dude giving the warnings. It was a clever moment.

Mickey- He’s supposed to be the voice of reason. The whole thing is structured to be like a Dracula where you have all the same elements. He is kind of like a Van Helsing in that way. He’s kind of the one that’s warning everyone, like, I don’t man, I’m pretty sure this is a vampire. He’s e 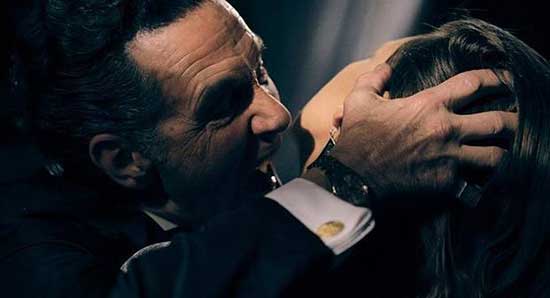 ssentially being the protagonist in that way.

HNN-Makes sense. You have written and directed a few films. Do you feel it’s more challenging or less challenging because you sort of see everything coming to life as you wrote it?

Mickey- Its more out of necessity. This is the movie I want to direct and if I don’t write it, then who will.

HNN-I don’t want to give away spoilers but do you think you will do a sequel to Climate of the Hunter due to some things that happened. I thought the ending was good. But I was still thinking about a few things.

Mickey- I don’t know? I think if you’re viewing it as a movie with a standard kind of structure. The characters are there. In my eyes, there was no story, there was no plot. It was more about the atmosphere. I tried to let the characters lead the way. 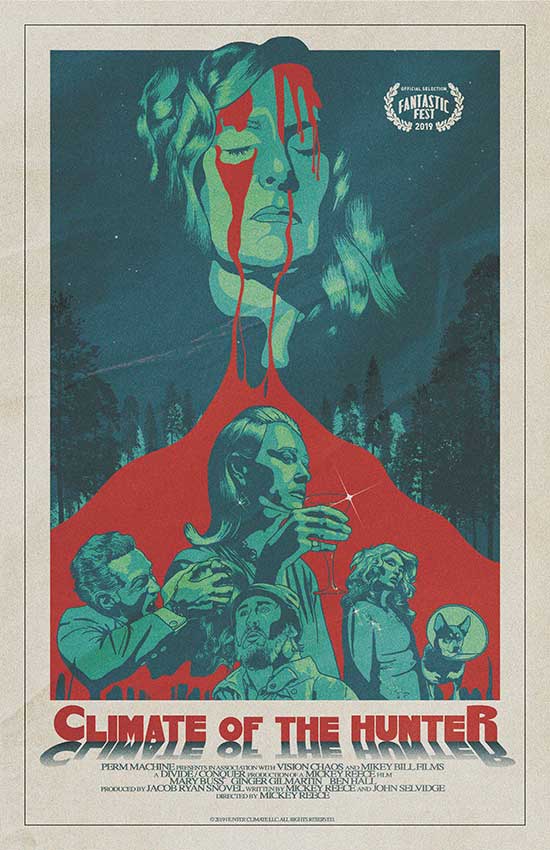 HNN-What are you working on next?

Mickey- I know right, isn’t he the coolest. 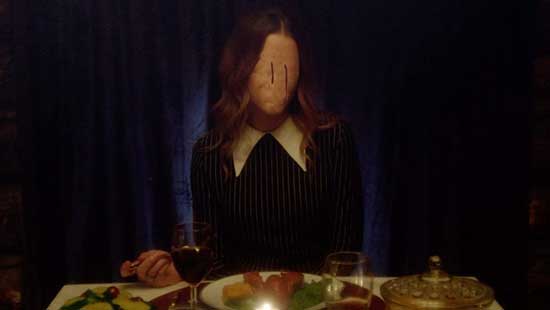 HNN-I thank you so much for taking the time to talk with me for Horrornews.net. Climate of the Hunter was such a great film.

Mickey- Thank you so much.