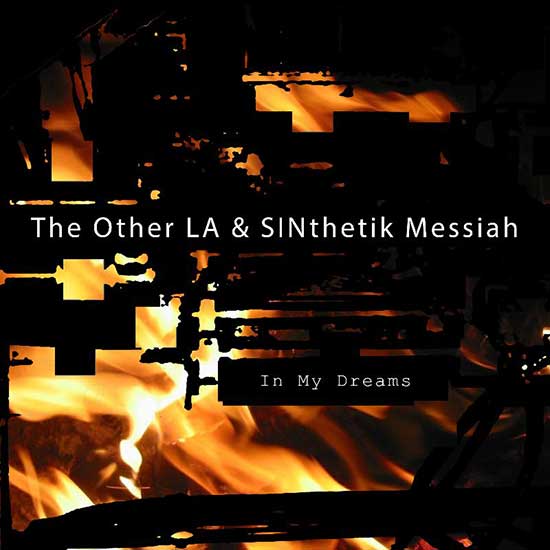 “In My Dreams” is a split collaboration with THE OTHER LA. The band also presents their cover of ATARI TEENAGE RIOT’s, “Destroy 2000 Years Of Culture.”

The track, “In My Dreams” was originally produced by Cj Pierce of DROWNING POOL for THE OTHER LA’s self-titled album that was released in 2016. THE OTHER LA approached Bug Gigabyte to take the music and bring it on a more twisted, electronic journey.

“Cj Peirce is one of the greatest guitarists on the planet. I wanted to make something that even he, himself would jam out to.” -Bug.

After receiving the original track stems, Bug took the audio , ground it up into a new composition and added more drums, guitars, synths and vocals. Grammy nominated engineer Joe Haze (Lords of Acid/The Banishment) then used his mastery of analog mix and mastering technology to glue all the chaos of the track together.

SINTHETIK MESSIAH’s first cover was meant to be an updated American version of the 1997 track “Destroy 2000 Years Of Culture” by the revolutionary electronic noise act, ATARI TEENAGE RIOT (ATR). Originally ATR sampled the track “Dead Skin Mask” by American metal act SLAYER, from their 1990 album, Seasons in the Abyss.

In continuing the tradition of the ATR song and ideas behind both acts’ music, Bug Gigabyte sampled the same SLAYER track and gave a new spin to the fundamentals of what makes ATARI TEENAGE RIOT. Once Bug finished composing the cover, he then passed it on to Grammy nominated engineer, Joe Haze(Lords Of Acid, The Banishment) for mixing and mastering with analog technology.

At The 2020 Cutting Edge Music Conference, Bug did an hour-long  talk on Electronic Music History: one that becan in the 1920s and went  to the 1990s. He presented educational information, industry opinion and a perspective that takes decades to truly understand. More info can be found here:
Main: cuttingedgenola.com/
Facebook: www.facebook.com/CuttingEdgeNOLA/

SINTHETIK MESSIAH Is known for their benefit work across the south. At the end of the year they came together with several other local acts to help raise funds for local musicians who are suffering through the Covid-19 lockdowns and restrictions. This was possible through the non-profit organization, The Foundry Of Lafayette. A total of $5,512 was raised. 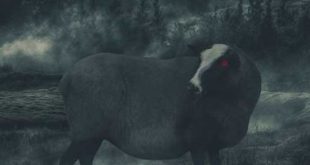