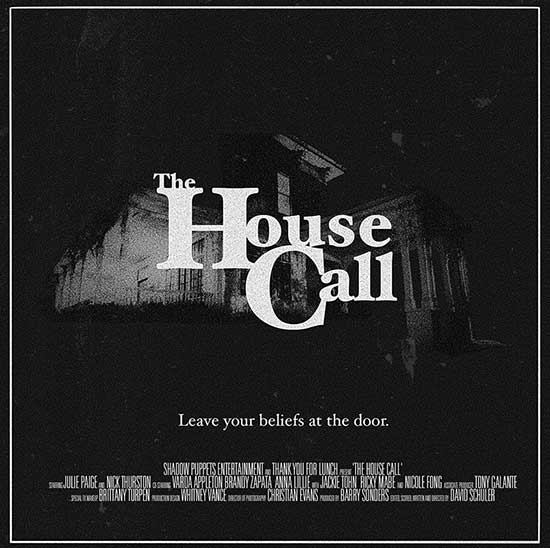 We meet Dr. Vanessa Stevens, a psychiatrist, on her first day back to work since the tragic death of her sister, Natalie. Convinced that work is the best distraction from her grief, Dr. Stevens agrees to visit a fanatically religious family who are convinced their Mother is possessed by the Devil.

More short films, kiddies! Today we have THE HOUSE CALL, written by David Schuler and Julie Paige,  and directed by David Schuler. Mr. Schuler is also responsible for the score of the film.

Meet Doctor Vanessa Stevens (Julie Paige), a psychiatrist returning to work following the tragic death of her younger sister, Natalie. Vanessa is by no means ok, but feels staying busy will help her focus on anything other than grief. 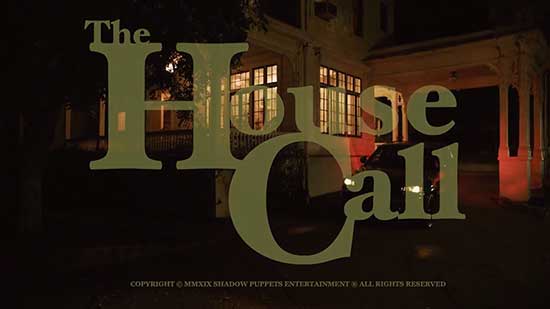 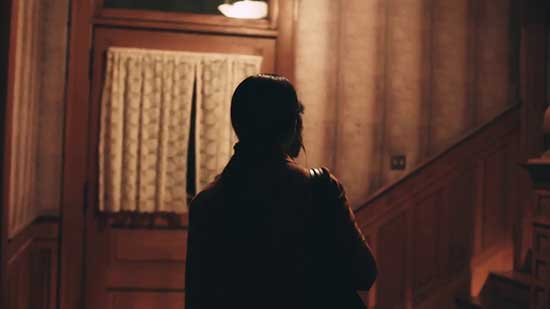 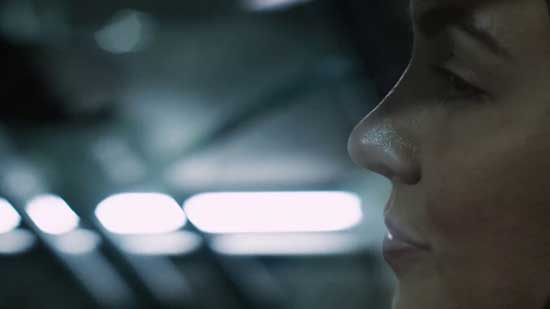 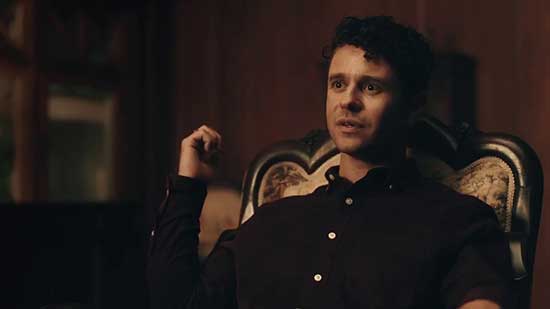 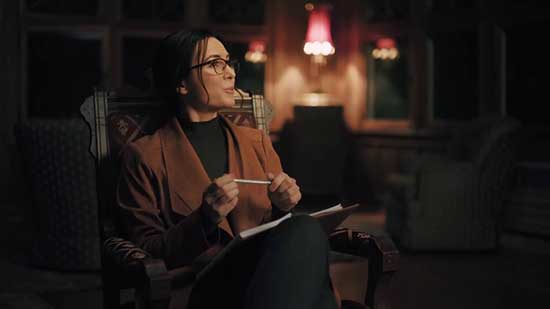 Her mentor sends her on a house call to see a patient named Mrs. Roberts, whose family claims she is possessed by the Devil. Seems the good doctor is an athiest so her mentor believes she will be more impartial, more clinical, in diagnosing what is REALLY wrong with the poor woman.

Upon arriving at the house, Vanessa is greeted by a young man named Adam (Nick Thurston). Adam seems a bit upset that it is Vanessa that has come and not her mentor. What follows is a very awkward and downright uncomfortable conversation concerning the good doctor’s religious beliefs, or lack thereof.

As events unfold, we get a glimpse of what is going on here, and Vanessa is really not prepared for any of it.

This is a good example of a grindhouse style film, not so much in special effects or gore but in presentation and tone. Honestly, it feels like this could have been a Hammer horror, or an episode of the Twilight Zone or similiar anthology-type series.

What special effects you do get are subtle and quite good. Between practical and VFX, created by Brittany Turpen and Andrew Dole respectively, the look of this film is super cool. Shout out to the score by the director, and to the sound mixer and editor who put it all together.

There are very few performers on-screen. A lot of the story is told through voiceovers, through phone calls and messages, etc. Its actually a larger cast than you see on screen, but its all about the three characters you see the most – Adam, Vanessa, and Mrs. Roberts.

I don’t want to give any spoilers, so I won’t. I will say that I liked this quite a bit. It feels like the opening to a much larger story that is waiting to be told.

Creator David Schuler is also a member of The Bad Dreamers, a Los Angeles based alternative-pop group.
He has a 2nd full length studio album, coming soon titled:; ‘Space and Time’.–

Learn more about him here: