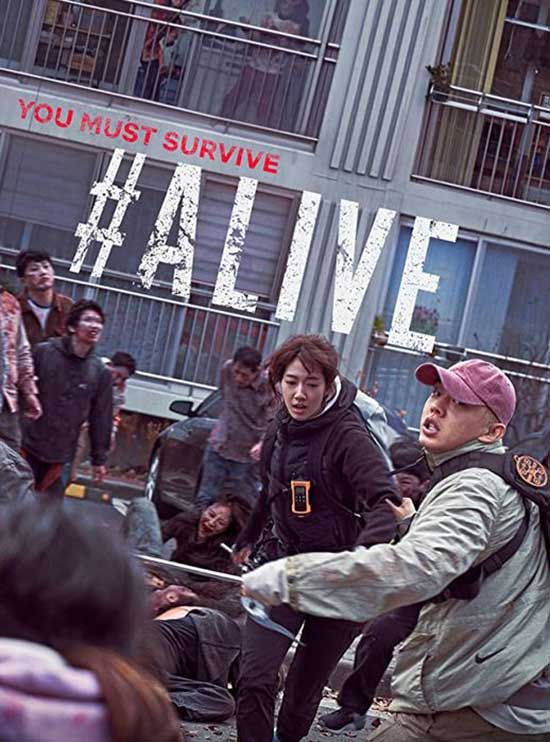 The rapid spread of an unknown infection has left an entire city in ungovernable chaos, but one survivor remains alive in isolation. It is his story.

The past year has been a challenging one to say the least. Most of us have had to face at least some degree of lockdown measures, whether it has meant closure of local “non-essential” businesses, working from home, full on stay-at-home orders, or perhaps all of the above. One thing has given many a slight glimmer of light in the seemingly endless homebound days: a grand selection of entertainment available on your favourite streaming services. While some films have seen their premiers pushed back to the foreseeable future, others have seized the opportunity to reach the audiences from the comfort of their own home and thus we have been blessed with some quality cinematic releases. One of these was Il Cho’s incredibly topical #Alive. Released internationally this September past, it captures the mood of the times brilliantly, albeit through zombie fiction. As zombie films go, it may not be the most action packed one, but does deliver plenty of tense atmosphere and gives the whole genre a fresh, modern twist. 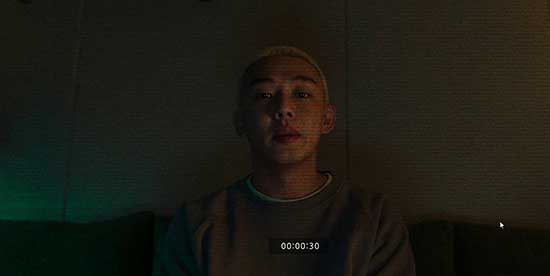 The story follows a young video game streamer Oh Joon-woo (Ah-In Yoo) whose relaxing day at home turns into a living nightmare when a mysterious viral outbreak tears through the city. As the carnage unfolds outside his flat, Joon-woo does his best to follow the last wishes his parents: stay safe. Long lonely hours turn into long lonely days with Joon-woo starting to think he is the only one left alive in the whole complex. But in his most desperate moments a glimmer of hope appears in form of his neighbour Yoo-bin (Park Shin-Hye).  With hordes of hungry living dead against them, together the pair must find a way out of the complex and eventually, the city.

Obviously when making the film, no one could have predicted what kind of world this story of two people stuck in isolation would be released in, but I think it is safe to say that for productions like #Alive, this pandemic has been somewhat of a happy accident. Not only because it assured them a captive audience of bored people, eager to consume new original content, but because it is so god damn topical. The beginning of the pandemic saw the streaming numbers and google searches for films like Outbreak (1995) and Contagion (2011) soar to new hights, so the early autumn release for #Alive could have not really been timed any better. It may take slightly more outlandish take on a viral outbreak than the two aforementioned films (although, I think we can all agree there’s a lot to be said about the plausibility of Outbreak…), but it nevertheless tackles with many of the same issues. 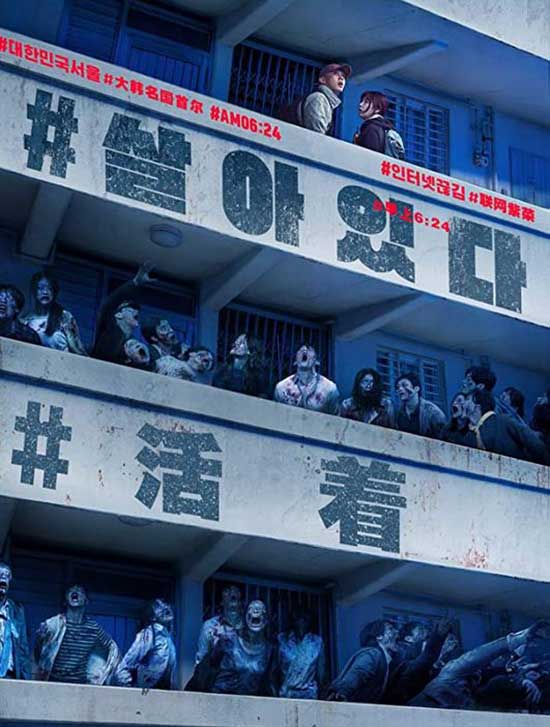 Isolation, loneliness, fear of the outside world and the infected masses that dwell within it are all key components of the virus outbreak sub-genre and similarly fitting whether that virus is making people ill or turning them into man eating monsters. #Alive takes on these themes with a modern twist, making social media part of the survival experience and thus updating some old genre tropes in a refreshing manner. It is not by any means the main focus of this story but does offer a more modern take on the age-old survival tactics; A zombie film for the 21st century.

Story wise #Alive does not bring anything particularly inventive to the genre, but what it might lack in originality it makes up for with solid characters and well built ambience. Both Joon-woo and Yoo-bin are likable, interesting characters; the kind you would preferably want to see surviving a zombie apocalypse. The desperation and drive to survive is well portrayed by both parties and gives the story a little hint or realism. The zombies look great and like their counterparts in Train to Busan or Peninsula, move with incredible speed wreaking havoc on their way. Certainly not something you want to tussle with. 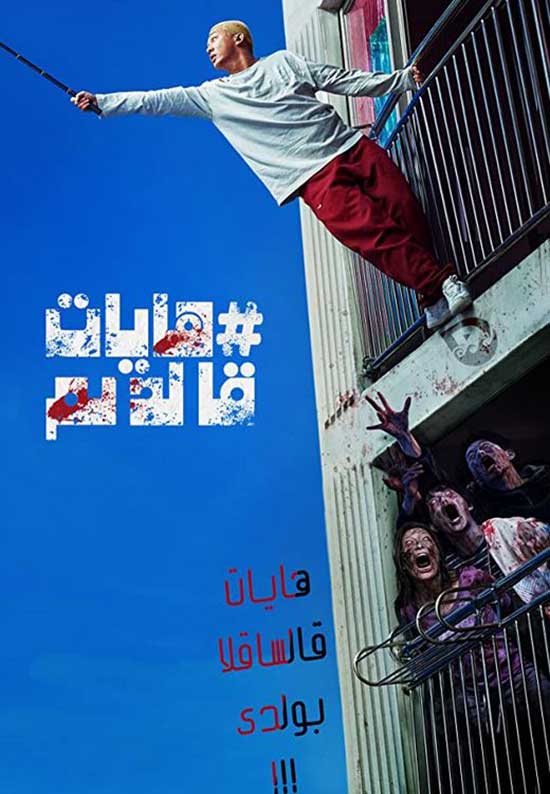 What might put some viewers off is the slow pace of the film. A majority of the story takes place in two flats and for most of the film’s running time zombies are only a distant (yet ever present) side character. The last third offers slightly more action, but by the time the story gets there the moderate tempo of the first and second half might have already made some viewers to switch to something more action packed. It very much depends on whether you prefer your zombie films with all guns blazing type of action or whether you rather watch something with more character driven, with focus on ambience. If the answer is the latter, #Alive might just be your cup of tea.