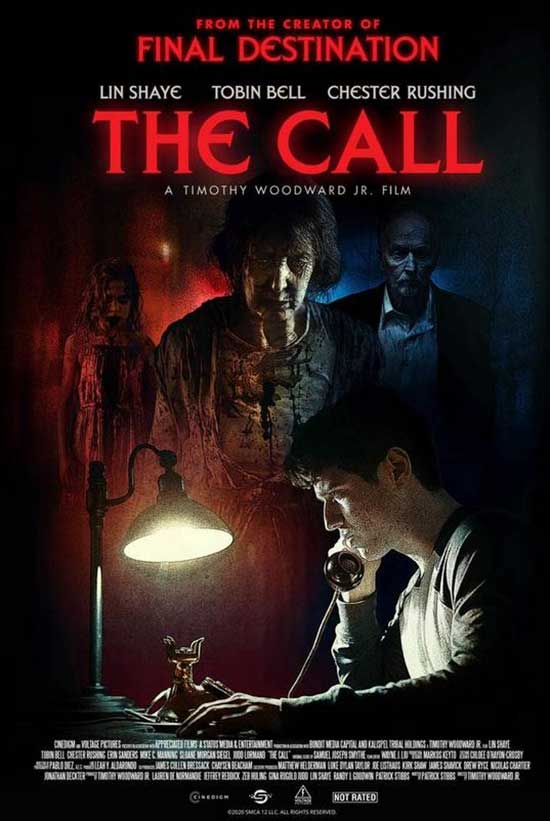 In the fall of 1987, a group of small-town friends must survive the night in the home of a sinister couple after a tragic accident brings them to the couple’s door.

It’s 1987. Chris is the potentially-cool/possibly-dweeb new kid in school, and he’s already being called to the principal’s office before he knows how to cruise these new hallways.

Lucky for him, bitchin’ babe Tonya spies Chris wandering in a bit of a fog. Since she seems to collect boys like charms for her bracelet, she slams him with her smile and “who gives a damn?” attitude, and he follows her like a puppy.

Chris’s mom, just out of a divorce, is cramping his style, so he agrees to hang out with Tonya at the local carnival. There, he meets Zach, the leather-jacket-wearing-tough-guy who used to date Tonya, and his perpetual shadow, Brett, Zach’s brother.

Bored with the cryptic messages from cheap psychics and snarling carny barkers, the group decide to visit and torment the local target of community hatred, Edith Cranston.

The story goes that the Cranstons, a wealthy couple in the area, ran a daycare center from their very large home. One day, Tonya’s little sister vanished, and the last place she had been seen was the daycare. No charges were brought as no evidence could be found, but the community, especially the younger folks, held Edith responsible.

So began years of cyclical assaults on the Cranston home. “Pranks”, the kids called them. Often these groups were led by Tonya.

On this night, Edith snaps. She confronts the four teens, expressing her unwillingness to bend in the face of their torture. Unfortunately, she succumbs to the pressure, seems to invoke some anger-filled curse, and hangs herself.

The four teens are summoned by Edith’s husband and offered a choice: Dial a number for a phone supposedly buried with Edith and stay on the phone, or he reveals the truth about their part in his wife’s suicide. If they stay on the phone for a minute, they will be given $100,000 each and all is forgotten. If they refuse or fail, the authorities will be called.

“The Call” is a love letter to 80’s era teen horror. The visuals are neon infused. The characters are shallow. Class struggle and the privilege of wealth are hinted at. Arcade games are played. The reality is more rubber than Tigger’s head. People listen to cassette tapes.

The first part of the film is your typical opening of setting up the tone, then your characters, then the incident that the rest of the film hinges on. It takes FORTY-FIVE MINUTES before we get to the phone calls! They spend that time loading the screen with worthless teen angst and posing. Scenes, on sets that wouldn’t strain the budget, drag on and on without giving you any character depth or insight that would help the audience care, even a little, about these characters. 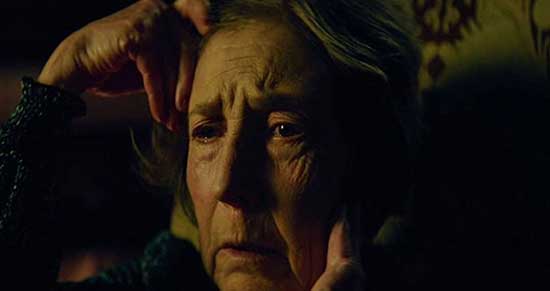 Nearly half of that 45 minutes should have been about Edith and Edward Cranston. You are given one throwaway scene where Edith mentions their adventures while you see a house full of odd and eccentric relics from a lifetime of collecting. Given the completely supernatural turn the film takes, some indication that maybe Edith and/or Ed were collectors of “magical” items from various cultures would explain the abrupt shift that the film experiences halfway through.

While “The Call” sets itself up like a slightly darker spin on R.L. Stine’s FEAR STREET books, it launches into full-blown “Nightmare on Elm Street” territory from the moment the first victim dials the number. Such a move fits the homage to the 80s, but it signals the point where the film seems to stop making even the slightest bit of effort. “Just put whatever weird things we can find in a poorly-lit shot, then we’ll off the ‘teen’ in some fashion. The audience won’t care.”

Do they offer atmosphere to set the tone in Pointless Rubber Reality? Nope. They just have Lin Shayne, playing Edith, drool chocolate syrup and scream her dialogue. Creepy visuals or monsters? Nope, but they roll out (for the millionth time) the contorting body mixed with choppy editing and sped-up film because that has worked so well for hundreds of other films. Do the characters figure out a way to avoid their fate? None of them are that smart, so one of them is openly given the answer to survival, and even THAT doesn’t prevent stupidity from reigning supreme.

(Actually, the characters are secretly given the two rules that would save them, but none of them are listening after they hear “$100,000”.)

Lin Shaye and Tobin Bell are the highlights in the film, even though most of the main cast have a large number of credits in their history. Lin Shaye does her usual routine; it seems to serve her well as she pops up in movies as often as Steve Buscemi used to in the 90s. Tobin Bell basically repeats the “Jigsaw” character that he can do in his sleep these days, but he does it so effortlessly that you can’t help but be glad he provides some gravity to a fairly shrill script. 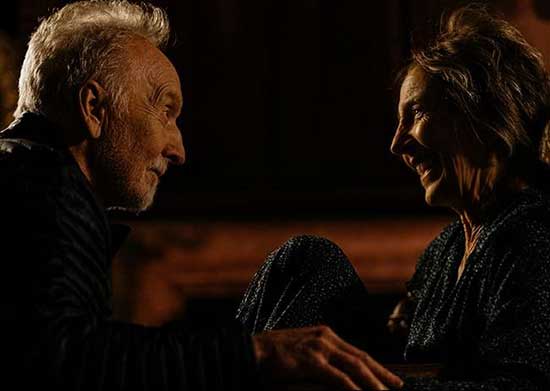 “The Call” is far from the worst thing out there. The problem is that all the depth the story needed was either removed or, worse yet, never there to begin with. The audience sits in frustration as the film appears to want to do or say something interesting but ends up making you watch it navel gaze for nearly 100 minutes. Don’t forget to check out the nearly-30 folks playing teenagers!