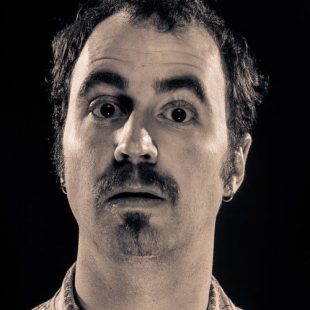 What got you involved in the film industry?
Like a lot of people, it was a passion thing vs falling into it. I watched WAY too many movies when I was younger and loved telling stories, so that mixed with the youthful hubris of “I could do that” really did it. When I got my first camera I spent all my free time shooting any little idea I could and kept going from there. The hustle and chase never stops.

Where did you come up with the concept for CAPTURE, KILL, RELEASE?
It started as a conversation about murders committed by couples, wondering how not one but TWO people could both agree to commit such a heinous act. I started pulling the thread, thinking about the relationship dynamics involved and how things could actually get to that point. The morbid fascination and disgust with the idea didn’t go away, which snowballed into ink on paper.

From script – to – screen, how close was your vision for CAPTURE, KILL, RELEASE?
Shockingly close. The overall concept started as something very different, but the final script-to-screen was very close. There was a lot of room for improv to fit the actors voices, but it was all very close to what was on paper. There were tweaks made along the way and some happy accidents, but reading the script after seeing the movie would still be a close experience.

What have you learned since CAPTURE, KILL, RELEASE that you might apply to the film, if you could go back in time?
I wouldn’t call it a “new” lesson, but one that keeps evolving that everyone should remind themselves of – it to trust your instinct. That doesn’t mean you are always right about everything or to shut out other voices (which would be a terrible mistake) but to always leave room at the table for that little voice inside that tells you when something really is and isn’t working.

What is the biggest obstacle you faced while making CAPTURE, KILL, RELEASE?
Our biggest obstacle ended up being our saving grace. We actually had shot a bit of the film with a different cast, who were great but together didn’t quite bring that magical spark that Jenn and Farhang had together. We made a difficult decision to cut our losses and start again with our two new leads, and the film is much stronger because of it. 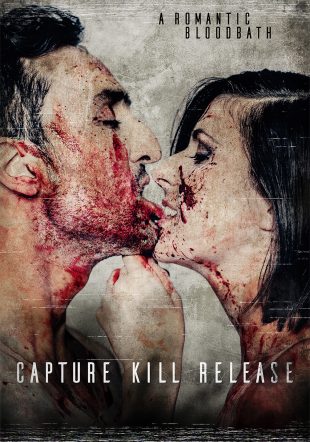 What was your proudest moments during production?
I was really nervous about planning and shooting some of our practical effects shots. I banked big on having a couple shots that would sell the horror of the situation and then let the imagination do the rest, but knew that if those shots DIDN’T work out, the audience wouldn’t buy the rest. The day we shot our big “gore” scene with our extremely talented FX artist Mitchell Stacey, we could all see that this was really going to work. We had the performances, now we had the raw terror – it was going to work.

What other filmmakers inspire you to do what you do?
Anybody that just does it without having the keys handed to them. I’m always fascinated to read/hear about filmmakers’ first movies and early work – see what did AND didn’t work for them. So many things can go wrong making a film that it’s a minor miracle any of them actually make it to completion, let alone are GOOD. When you see someone trudge through the process of a seed of an idea to actually make something that people enjoy watching, that’s inspiring as hell. I try to keep my “inspiration” as a growing board instead of idolizing one person’s body of work as the be all and end all.

How do you get a film to stand out in the crowd in such a vast crowd of independent horror?
A combination of hustle, transparency, quality and luck. The horror community is incredibly supportive and passionate about finding/supporting new stuff – as long as you respect them as an audience with the story you’re telling. We aimed for real performances that did that, with a couple shocking scenes along the way to give people something to talk about.

What is your favorite horror decade and why?
That’s a very tough question. The nostalgia lover in me wants to say the 80’s due to the insane amount of icons we got (not to mention how much FUN those movies are), but there was a real sense of “dread” in 70’s horror that was lost and missing from the genre for a long time. It’s also too early to say but I wouldn’t sleep on the 2010’s either, which was an incredible decade for the genre.

What is next for Nick McAnulty?
That answer changes day-to-day, making me ready for whatever comes my way. I have a few creative irons in the fire – including one hell of a scary script that’s had a few false starts (thanks Covid) that I can’t wait to get out there. 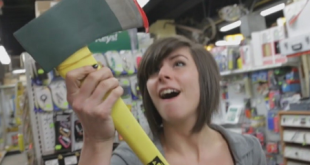 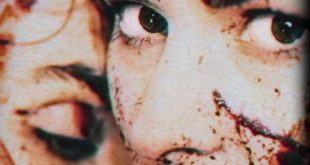 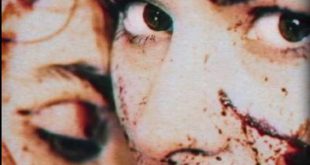 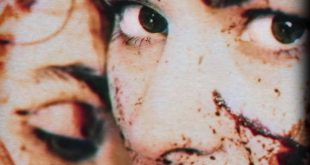