Antebellum arrives on 4K, Blu-ray, DVD, Digital, and On Demand 11/3 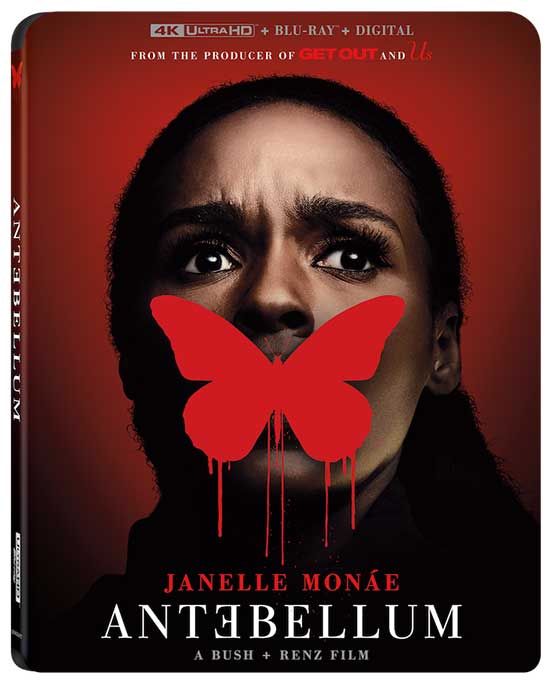 Successful author Veronica Henley (Janelle Monáe) finds herself trapped in a horrifying reality that forces her to confront the past, present and future – before it’s too late.

Gerard Bush + Christopher Renz, the writer-producer-directors of Antebellum, said, “We are thrilled Antebellum will continue its forward march into homes across America. Ultra 4k HD, Blu-ray & DVD will include never before seen deleted bonus scenes and the ability to go back and catch all the clues you may have missed in the first viewing. Antebellum is sure to ignite some really animated conversations around the dinner table this upcoming holiday season.”

>From QC Entertainment, producer of the award-winning films Get Out, Us, and BlacKkKlansman, Antebellum is written, produced, and directed by the visionary filmmaking duo Gerard Bush + Christopher Renz (“Kill Jay-Z” music video, “The Glass House” music short-film, “Against the Wall” PSA).

Take home Antebellum and go behind the scenes of the mystery with a 2-part documentary, deleted scenes, two featurettes, and theatrical trailers. The Antebellum 4K Ultra HD™, Blu-ray™, and DVD will be available for the price of $42.99, $39.99, and $29.95, respectively.