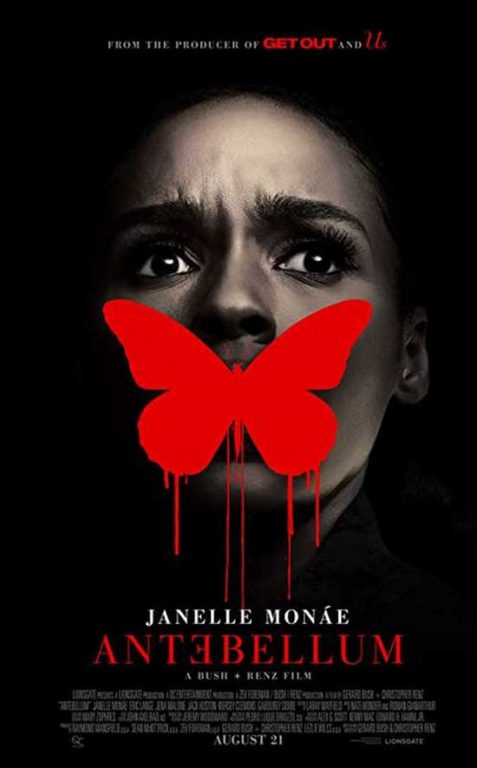 Successful author Veronica Henley finds herself trapped in a horrifying reality and must uncover the mind-bending mystery before it’s too late.

From the moment this movie began, the horror was intense. It is safe to say that the general consensus among Americans and others is that slavery was one of the most horrific atrocities to ever occur in America and elsewhere. Antebellum captured this horror to a tee. Although I was confused during a lot of the film, by the end I was happy I watched something so shocking and terrifying. I don’t know if I’ll watch it again but I can definitely say that it wasn’t a waste of time.

The film opens supposedly during the Civil War era in America where slavery and violence were running rampant. We are met with slaves that have attempted escape unsuccessfully, and they are subsequently punished. Afterward, we learn about Eden, the one who orchestrated the escape plan. In addition to Eden, we are introduced to the other slaves on the plantation, as well as the confederate soldiers. Admittedly, it was super hard to watch the scenes where the slaves were being mistreated. I expected this, but I had to turn away at points.

After the introduction to the plantation and its people, I noticed some peculiar behavior of Eden’s that was hard to figure out at first. Later it makes perfect sense. Anyways, after a while, we are introduced to “Julie” who immediately recognizes Eden and consults her about leaving. I was still trying to figure things out at this point; there was a lot to take in. After more violence ensues, we find out that Eden’s “master” is raping her and after they go to bed, and Eden wakes up in “present time”.

I promise these cryptic quotation marks will be explained soon, but I have to say that this is where my confusion about the plot came to a peak. The timeline of the film could have used some improvement so that the plot would make more sense during the entire run-time. We meet Veronica, a mother, wife, and social justice activist who eventually leaves to speak at a conference. Her daughter gives her a sweet drawing of herself and her dad with a plane flying overhead. Veronica accepts it and makes her way to the conference.

She meets her friend at her hotel and receives mystery flowers with a strange note on it. Someone anticipates her “homecoming”. She runs into a few strange people in the hotel, some being racist, and things start to get strange after her seminar. When she and her friends are on their way to dinner, she texts her husband thanking him for the flowers, and he says they aren’t from him. After dinner, she says bye to her friends and gets into her Uber. It wasn’t her Uber. 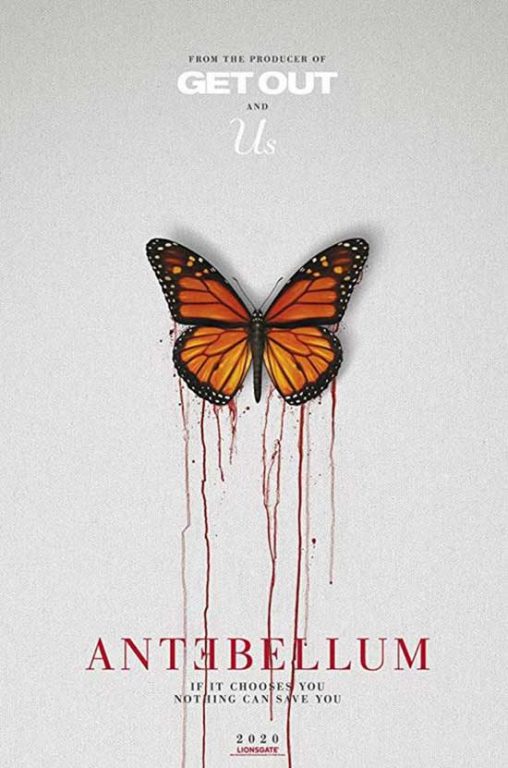 At this point, things start to click. The person driving the van, as well as an accomplice, kidnaps her and we are taken back to what looked like the past before. After her “master” pulls out a cell phone, everything comes together for me. She was kidnapped and taken to a bizarre setting where the brutality of the Civil War and slavery was brought back to life.

I appreciated the message that this film was trying to convey. Racism is still alive and well, and maybe we’re not as far as we’d like to believe we are from the heinous acts that happened during slavery. This is what I enjoyed most about the film. The moral questions left inside my head were many.

All of the other signs came together. Her daughter’s drawing was carved into the wall at the camp and the plane flying overhead solidified my suspicions. Eden was Veronica and she was trapped in the “past”. The film wrapped up as nicely as it could with what was happening and Veronica ended up getting ahold of the phone and got in touch with her husband who called the police. Although one of her friends at the plantation didn’t make it, she ended up escaping.

Overall, this movie kept me invested the entire time, was horrific, and gave me a satisfying ending. Janelle Monáe was terrific as Eden/Veronica and the entire cast of characters played their roles exceptionally well. Gerard Bush and Christopher Renz also did a fantastic job directing. Everything was very compelling. However, there was one major flaw with the film. The order of events could have flowed together a lot more nicely and the confusion could have been minimal because of it. Even though the writing could have been better, I still enjoyed the film and I’m happy to have watched it.

I give Antebellum a B.