The festival to run for ten days featuring the best horror, thriller and sci-fi films  from around the world

DENVER, CO, Mile High Horror Film Festival (MHHFF) is pleased to announce its return on Thursday, September 24th running through Sunday, October 4th. Established in 2010, the festival will be held virtually, allowing for attendees to watch over 80 of the best horror, thriller and sci-fi films from around the world along with Q&A’s with filmmakers and special guests. Scream Passes are now on sale here with individual tickets coming soon.

“With theaters closed and large gatherings no longer allowed, we are launching our festival virtually this year,” says MHHFF co-director Timothy Schultz. “Horror fans are hungry for new films and we’re excited to shine a spotlight on them.”

Throughout the ten days, attendees will be able to stream films at their own convenience, including 12 shorts programs and over five features. Most films included in the festival are new films, giving fans a chance to see them before they are released to the general public.

The full festival schedule will be announced soon.

The Mile High Horror Film Festival (MHHFF) was established in 2010 and is now one of the largest genre film festivals in North America. It showcases the very best in horror, thriller, and sci-fi film programming. The MHHFF is recognized as one of “the top 5 coolest” horror/sci-fi film festivals in the world by MovieMaker Magazine. 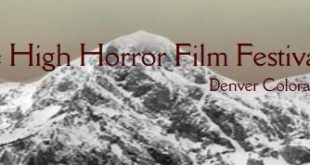