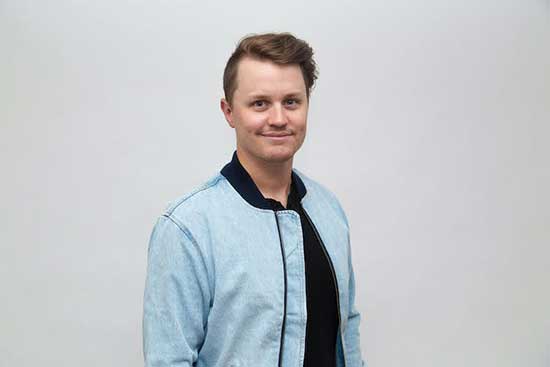 “In the film, when Beth’s (Keegan Connor Tracy) son (Jett Klyne) brings home an imaginary friend named “Z,” she becomes concerned that he is falling too deep into a world of make believe. He starts to display extremely destructive behavior, blaming Z for all of his actions. But after he gets kicked out of school, Beth is forced to find a solution. She medicates her son, making him unable to see his imaginary companion. But now Beth sees Z…and he wants to be her friend.”

Hi Brandon, how are you?

I’m good, thanks. I watched Z, I think maybe two or three times. It was so good. It was so creepy and Keegan, it felt like she took her heart and threw it at everyone.

B.C. – Yeah, you could definitely tell that she was putting a lot of herself in the film.

How did you get everyone ready for Z and how did this idea manifest for you?

B.C.- Just as a writer/director, I’m married and I’ve got three kids, so, I’m always seeing these everyday things like, kids going to school and you know just kids growing up. After Still/Born, I was kind of looking inward to see sort of what my experiences were like and to see if there was anything I could find for a film. My oldest son had just started Kindergarten at that point. He was going away from the family for the first time and from 9-3, he was gone all day. When he came home, he would have all these new ideas and new thoughts, these things he would tell us. 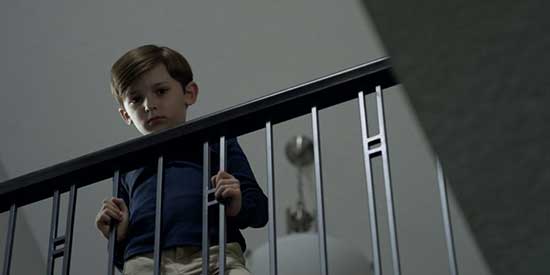 There’s this weird detachment where we’re like, well, we didn’t teach him that and so it started a conversation with my wife like, well, what are some horrible things that he could potentially bring home that would be disruptive for our family unit? My wife threw out the idea for an imaginary friend. It just started a conversation about, if a kid were to bring home something like that, something that you as parents can’t control because you’re not able to physically see this thing and physically talk to thing and reason with this thing.

Your taking something at its core is just kind of silly. It’s imaginary, it has no roots in reality. That’s when we started the conversations about what its like to be an adult and lose that childhood sense of yourself, where your no longer able to experience something like that. It was fun to try and explore that. Then, directing it, how do you direct people. You rely on really good actors, in Keegan’s case, I had somebody who is already a mother, she has two daughters. She definitely has had a lot of these experiences where your dealing with things you don’t fully understand because you’re a parent. I think she’s a super smart woman and a smart actor that she was able to bring a lot of ideas to the character, Beth. It’s one of those things where you let them go and see what happens. 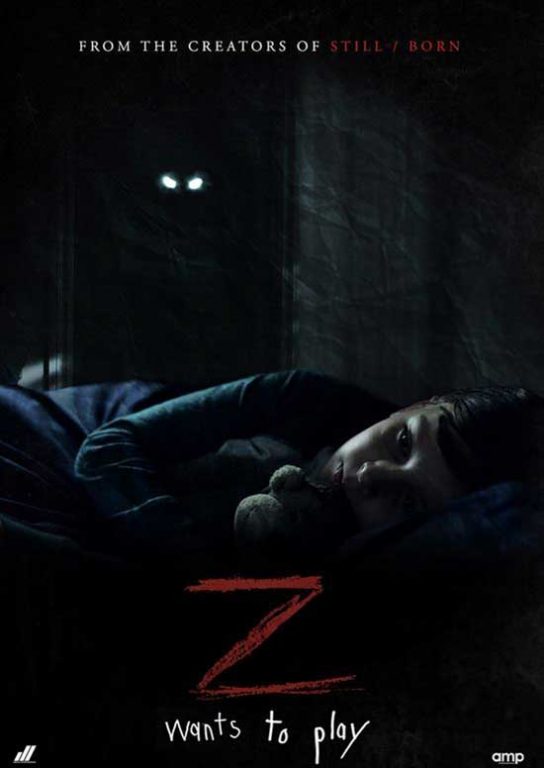 Z is a fascinating character. It’s an imaginary friend but there is sort of an unknown aspect until Keegan’s character Beth watches the footage. How did you figure out with special effects what you wanted to do?

B.C.- I’m a huge fan of the JAWS method of showing monsters where, a less is more situation. In JAWS, you have the score that tells the audience that he’s there. In this, we have things like the alphabet toy that has the little jingle and when that’s going off, you kind of get the sense that there’s a presence there. So, I think using that and using the camera to frame shots as if Z was in the room with them really kind of gives the film the feeling that someone else is there.

What do you want to say to everyone that will be watching Z?

B.C.- I think that unfortunately families like this and every family eventually is going to deal with some sort of trauma. It’s basically how you react to it as a family unit that can dictate how the rest of your life can go. Beth is finding strength that she didn’t know she had. In the face of tragedy, I think everybody is able to bring up some strength that they didn’t know they had. I’ve seen it happen in real life and the film touches on that a lot. It’s pretty important to know that your stronger than you think you are.

I think that was an important aspect. I thank you so much for taking the time to talk. Z was a great film.