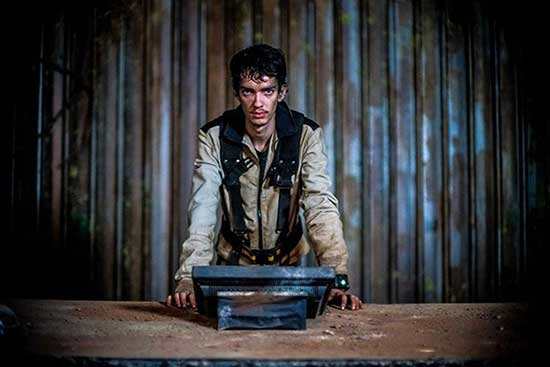 RLJE Films will release the sci-fi/thriller film 2067 In Theatres, on Demand and Digital on October 2, 2020.

SYNOPSIS: By the year 2067, Earth has been ravaged by climate change and humanity is forced to live on artificial oxygen. An illness caused by the synthetic O2 is killing the worlds’ population and the only hope for a cure comes in the form of a message from the future: “Send Ethan Whyte”. Ethan, an underground tunnel worker, is suddenly thrust into a terrifying new world full of unknown danger as he must fight to save the human race.

I grew up in the forest in Australia. My days were filled with exploring rivers and trees and caves – it was the only life I knew as a child. With everything that is happening around us in the world today, the environmental crisis, our deforestation of the planet for greed in the face of catastrophic climate change – the fear that future generations may not have the same privilege, terrifies me.

I also grew up a huge fan of the classic sci-fi movies of the 70’s and 80’s. These character-driven epic adventures showed me that there is more out there in the universe than what I could see with just my own eyes. Stories that suggested we are part of something bigger than ourselves, that we are all connected, that the great human journey is worth sharing together.

For me filmmaking is an opportunity to have a conversation about something important – in this case our faith in our own humanity; our ability to affect change as individuals in the face of genuine fear; and how we learn to forgive those who came before us, and who’ve left destruction in their path.

How much control do we have over our lives and our futures? In the face of the environmental and political change that is being portrayed in the media, people can feel powerless. Do we accept what we hear in the news and or do we fight to restore our belief in the life we’ve built on Earth and our ability to have a positive impact on the world around us?

I wanted to make a movie that suggests that these questions about the human experience are important, and wrap them up in a fun, epic, sci-fi adventure, like the ones that moved me so much as a kid. The kinds of genre films that infused entertainment with big questions – ones that we take our own personal meaning from.

2067 is about the idea that even though we may not have proof that our small, selfless acts affect change in the world, that if we truly believe in ourselves and in the people around us, if we believe that it is never too late, then we can do anything. 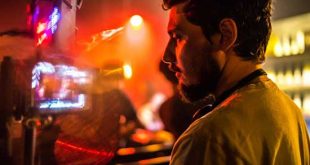