What to Watch This Week: Dark Comedies Streaming on DARK MATTER TV 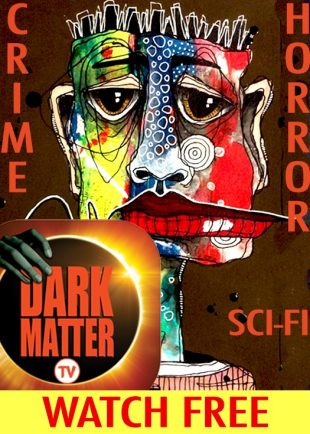 Dark Matter TV – Have a laugh during these rough times with Dark Matter TV’s newest collection of dark comedies.

1. Softness of Bodies (2018) – directed by Jordan Blady
An American poet living in Berlin hopes to win a prestigious grant while dealing with her former relationships, a rival poet, and her own penchant for stealing things.

2. Humble Pie (aka ‘American Fork’, 2007) – directed by Chris Bowman
At nearly 400 pounds, Tracy Orbison is a wide target. When he sets out to pursue his dream of acting, the grocery clerk finds an assortment of people waiting to dash his dreams: his acting coach, who has designs on his sister Peggy; his juvenile-delinquent friends, who suck him into their petty crimes; and his God-fearing, self-loathing mother. Through it all, Tracy remains irrepressibly upbeat, convinced he’s destined for something big.

3. Love Addict (2016) – directed by Charis Orchard
A womanizing attorney is unable to have sex after a hypnotherapy session to quit smoking goes awry and he seeks help from one of his clients, an uptight psychiatrist, who teaches him that there is more to women than just sex.

4. Love on the Run (2016) – directed by Ash Christian
Starring Steve Howey (Shameless), LOVE ON THE RUN follows Franny, who woke up this morning it was another day of possibilities to have all her dreams come true. Her optimism can’t be silenced even when Rick takes her hostage while robbing a bank.

5. Almost Sharkproof (2014) – directed by Simon Chan and Joe Rubalcaba
Broke, busted, and living in a tent outside their parents backyard. Vince (Cameron Van Hoy) and Freddy (Michael Drayer) hit on the idea of a lifetime, Sharkproof wetsuits, and are determined to strike it rich. They go to a local loan shark, Max (Jon Lovitz) who owns a club in downtown LA to fund the venture. At the club they both fall in love with the same girl, Isabella (Kinga Kierzek) the receiving half of knife throwing duo that are preforming at the club. Yuri (Ken Davitian) is her drunk, knife-throwing partner. When Isabella chooses the boys over Max he sends his goons to reclaim her. Suddenly the boys must become the men they pretend to be, but now it’s sink or swim.

6. Violence Voyager (2018) – directed by Ujicha
Following an end-of-term school ceremony, the American boy Bobby decides to go with his friend Akkun into the mountains outside their village, to a place perfect for a secret base. On the way they stop into a mysterious amusement park. They have fun there, but are attacked and cannot leave.

7. Dead Squad: Temple of the Undead (2018) – directed by: Dominik Hauser
A group of young people become lost in the jungle during a river rafting trip and stumble upon a long lost ruin that is home to a host of mysterious monsters.

8. Kung Fu Brother (2014) – directed by: Marcus Aurelius Daniels
In this action packed, international comedy thriller, three cops and a female reporter are in hot pursuit of a murderer whose quest is to acquire the Sacred Kuji Denjo Scrolls. As the team traverses across the globe in this perilous adventure, they can’t seem to avoid hand-to-hand combat battles, white-knuckle car chases, sword fights, and explosive gun fights. The crew must find a way to discover the murderer fast enough so they are no longer targets of ancient Thailand’s Weirding Clan.

Containing over +500 titles of the best curated horror, sci-fi, action and true crime entertainment, join the dark side by downloading the Dark Matter TV app on any smart device here on the app store, on Google Play or by visiting: www.darkmattertv.com. 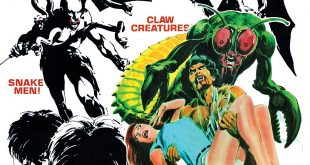