Digital and on demand platforms on August 4 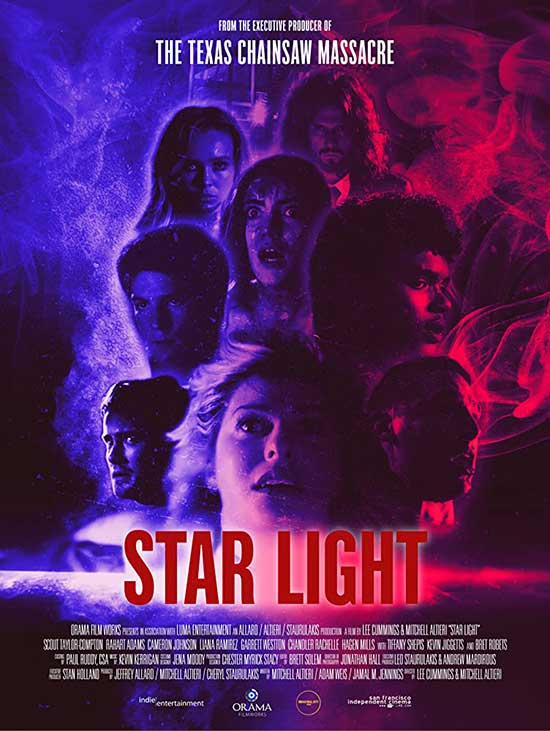 A supernatural thriller, STAR LIGHT involves a kind hearted teenager, Dylan (Cameron Johnson), who crashes into a beautiful young woman (Scout Taylor-Compton) while skateboarding. She turns out to be a world famous popstar, who is on the run from her handlers. While he and his group of friends try to help this mysterious woman, unexplained events begin to occur within the home. When Bebe’s threatening handler, Anton, shows up demanding her return, the teenagers’ refusal makes him unleash a barrage of dire and otherworldly consequences that turns a fun graduation party into a night of living hell.

“STAR LIGHT is a highly entertaining thriller of a film featuring an exciting, fresh young cast and a solid track record of inventive horror courtesy of Mitchell Altieri. We look forward to audiences around the world discovering the film,” said Lev Avery-Peck at 1091.