Jay Cheel created a five-part documentary, Cursed Films, that features five films that people have been calling “cursed” and sharing various thoughts on what went on during filming for these five incredible movies. Jay Cheel dives in and interviews several people and seeks the truth. He took time to do an interview with Horrornews.net and he talks about getting this project made. He is getting ready for preproduction for a second season and working safely during this pandemic. He talks about how Cursed Films manifested after SHUDDER came to him for this project. Cursed Films should be placed on your must-watch list. 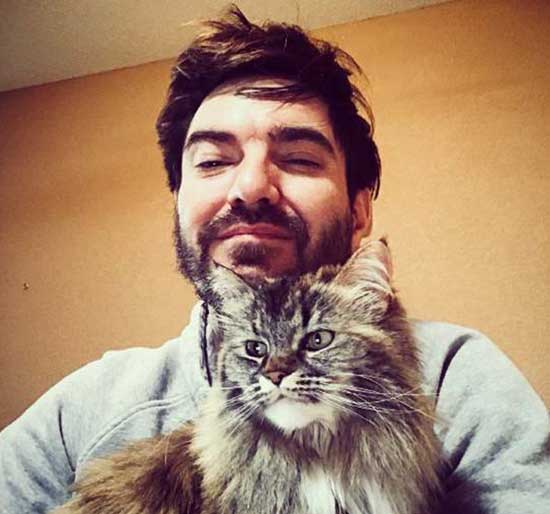 Hi Jay, I watched Cursed Films and there was a lot of stuff I didn’t know. I was surprised at all the stuff. I think everyone should watch this documentary series, not just horror fans but everyone. I think it is fascinating and these films are long lasting. All the tragedy and yet we still have these incredible films.

Jay- Thank you, I’m glad to hear that. That was kind of the goal. It was to create something that obviously horror fans would enjoy but also something that worked as a documentary series about not just the production of these films but why we’re so fascinated with horror and all of these legends to come from these troubled film productions.

Why did you decide to make Curse Films and why did you pick the films you picked?

Jay- SHUDDER brought the project to me, they had the idea of doing something about cursed films and I think it was brought to me because I had previously done a short documentary called, Twisted which was about an urban legend in my home town. A local drive-in was hit by a tornado. The story is that it blew through a screen while the movie Twister was playing. So, that was always the story that was spread around here, and you know, the kind of thing where everyone knew someone who was there and saw it happen. I investigated that and ultimately that short became a piece about the nature of memory. It worked unintentionally for what I would pitch back to SHUDDER for my take on doing a series on cursed films. We wanted to use them as the opportunity to discuss, not just the movies but things like coincidence, magical thinking, synchronicity and vigorous sort of human conditions.

I’m also glad that you brought up films like Apocalypse Now and the Superman movie because I think sometimes Horror films sort of get put into this box. I’ve watched horror movies my entire and they have sort of been a comfort to me.

But some people are not always as accepting and when you say, Oh, I watch horror movies. People kind of look at you like you should be sitting in the corner and I went to Catholic school and I was already going to hell for everything so and maybe having someone want to throw holy water at me. (Laughter) I think its important that you bring that up because I heard stories about these movies growing up, but the horror movies were really the only ones mentioned. Did you have to go through that and think of that? That it wasn’t just horror films.

Jay- For sure, part of this was ultimately trying to figure out why these stories are connected to horror films and those are the ones that kind of rise to the surface and seem to have the longest life-span and hold the most power. I think it does have to do with the subject matter, the films that their connected to. Also, I think that sometimes the curses that have the longest shelf life are the ones that in ways, mirror the plots of the film. The Poltergeist curse is probably the best example of that where, this idea of real skeletons being used on the set, in the minds of some, suggest that the curse might have come from this desecration of human remains and that in itself mirrors the plot of the movie in which this new subdivision is built upon an ancient burial ground and the Freeling family is terrorized by these skeletons. 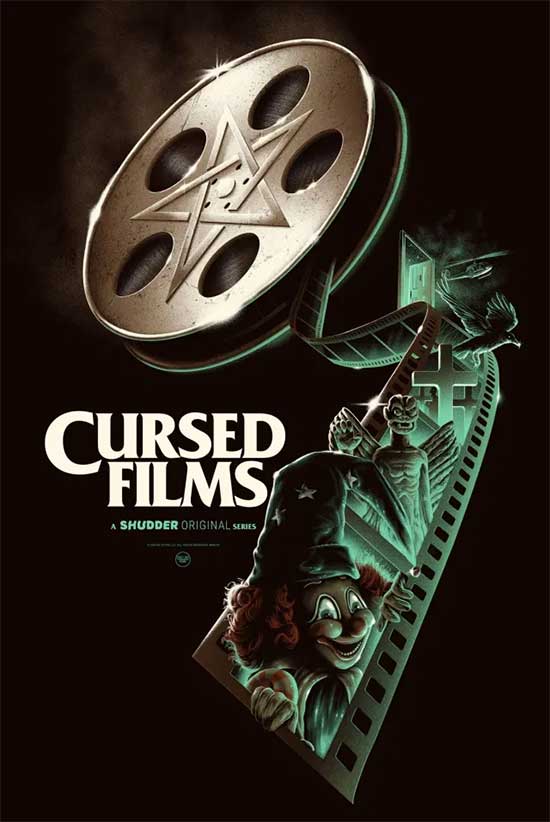 It kinds of creates this weird connection between the interior sort of fantasy world of the film and the exterior real world that we’re living in. Ultimately the most interesting question is, why that sort of connection or acknowledgment is fascinating or intriguing? I think its fair to say that by acknowledging some sort of supernatural concern, it might suggest to some people that if there is a devil then there must be a God? We get into that as well with The Exorcist episode, this idea of the horror film as the missionary tool where its in the mind of some used as a continual reminder that evil is real. There is always this battle between good and evil and ultimately at the center of that in many of these films is the skeptic that must be convinced that there’s a battle even taking place. Its an interesting thing. You’re right in that, I think horror fans and horror films are sometimes unfairly criticized as a form of cinema that’s populated only by people who are darker or like you said, “the types you would want to throw holy water at.” I think that is an unfair generalization, but they do also work as some sort of catharsis.

Jay- I’m kind of a skeptical person but a lot of these stories certainly are, there are just some case where there are so many of them. It’s hard to imagine that there isn’t some force ultimately guiding some of these occurrences. I do think that, you know like we were saying, the fact that they are connected to these movies dealing with subject matter that lends itself to this sort of supernatural thinking plays a big role in that. You also must think about the passing down of these legends and how those stories ultimately change and are shaped every time their retold. This is something that I kind of explored in that documentary about the tornado where every time someone retells that story, they might unknowingly add some small detail to make the story that much more interesting. 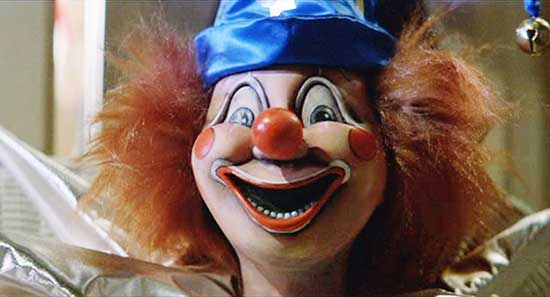 That detail ultimately is folded into the official narrative and is passed down and continually adding to in a long game of telephone. When your looking at these films, a lot of the stories are coming from the cast and crew and you know with The Omen, I interview Richard Donner and he talks about all these events happening on that film. I was kind of blown away by the strange occurrences but also continually mindful that the man telling me these stories is a professional, well regarded storyteller. So, of course the way in which he lays these scenes out to me will be in the most engaging and mind-blowing way possible. It makes you wonder what details have been added over the last forty years to make this version of all those weird coincidences. There’s an interesting line there between what took place, which is still mind-blowing but also the natural progression of these stories over time to become more and more intriguing.

It almost kind of seems heartbreaking watching some of the stories. To hear what everybody went through. They know the stories and maybe it took a bit of a toll on people. Were you sort of overwhelmed or did you face any challenges with this project?

Jay- Yeah, I mean, I think ultimately the thing I kind of walked away with was this level of which the interview subjects were willing to open up and talk about some of these tragedies in a real and honest way. At times it gets very raw, going into this series I didn’t think it would be such a demonstration of across the five episodes, a slow descent into the reality of labor issues on film sets that ended in tragedy. It was a lot of accidents that could have been avoided and that distinction between the fun of talking about how weird these things were and making all these connections. That’s one thing but looking at the real tragedies behind those stories and how the affected people that were there actually there and they witnessed these things firsthand. It was something I was interested in exploring.

Do you think you will be doing a season two? Or are you working on something different?

Jay- Well, its funny you asked because we are in preproduction on season two. We’re doing five more episodes. We haven’t announced the films yet but its going to be a nice eclectic collection of movies that have some great stories connected to them. Some of them will have more of an international perspective. We’re excited to start filming that within the next month or two, considering all the challenges currently with the pandemic. We are slowly positioning ourselves to start filming in as safe a way as we possibly can.

It was an honor to talk to you Jay. Cursed Films was incredible, and I think it is something that everyone should watch. It is beautifully shot, heartbreaking and thoughtful. You also see that no matter how much tragedy or what these people went through, they persevered and made these forever lasting films we have. You did a great job. Thank you so much.

Jay- Thank you so much. I’m excited for you to see the second season. Stay safe.

You too Jay. Thank you.

SYNOPSIS: Cursed Films is a five-part documentary series which explores the myths and legends behind some of Hollywood’s notoriously “cursed” horror film productions. From plane accidents and bombings during the making of The Omen, to the rumored use of real human skeletons on the set of Poltergeist, these stories are legendary amongst film fans and filmmakers alike. Were these films really cursed, as many believe, or just the victims of bad luck and bizarre circumstances? 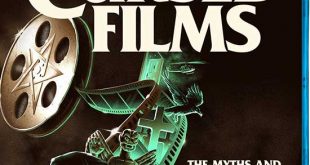