The VIDI SPACE FILM FESTIVAL will bring indie films to the big screen for a chance at the first ever “Spacers Choice Award” and $1,000 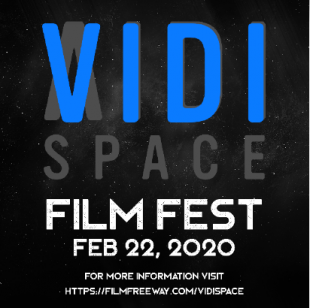 VIDI SPACE, a streaming channel that has created a space for independent filmmakers, is hosting its first annual VIDI SPACE Film Festival (VSFF). The event will take place on February 22, 2020, in the Washington, DC Metro Area.

The network originated as a media hub for paranormal, horror, haunting, and other similar content. Since launching in 2018, the platform has developed to include different genres, and VIDI SPACE now supports independent filmmakers with a place to showcase their creations.

The purpose of the film festival is to provide indie films with an opportunity to share their work on the big screen at an event that supports independent filmmakers. In addition, any films that are submitted to the festival will also receive distribution deal offers through VIDI SPACE to continue the promotion of indie filmmaking beyond the festival. The festival will hold film screenings throughout the day, as well as several celebrity presentations. VIDI SPACE Film Festival will bring enthusiasts and industry professionals together, featuring a panel of celebrity judges that include:

President and CEO of VIDI SPACE, Elizabeth Saint, says, “The winner of the Spacers’ Choice Award, voted on by the VIDI.SPACE OTT community subscribers will receive a $1,000 that they can put towards their upcoming production.” She adds, “When establishing VSFF’s first year, we really wanted to offer a festival that not only showcased the submitted titles, but supported the creation of future projects for these independent filmmakers.”

VSFF will accept entries until December 13, 2019 (late entry deadline), and accepted films will be notified on January 1, 2020. Those wanting to enjoy the full day of independent film and speaker presentations can purchase an all-day access pass for $100. For only $75 more, patrons can purchase a VIP “Spacer” Festival Pass, which includes a “meet and greet” with celebrities and presenters, an exclusive gift bag, and a full year subscription to the VIDI.SPACE platform. Both Festival Day passes and VIP Festival passes can be purchased a filmfreeway.com/VIDISPACE. 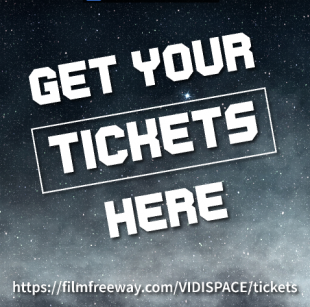 VIDI SPACE
Elizabeth Saint (of Ghosts of Shepherdstown), Justin Narragon, and Nick Groff (of Paranormal Lockdown and Ghost Adventures) co-founded VIDI SPACE as a streaming channel for unique programming. The channel is subscription-based, offering content at a monthly or annual fee for the ultimate streaming experience.
VIDI SPACE began as an online platform for genres like horror, haunting, paranormal, documentary, science fiction, and much more. Since the launch in 2018, it has evolved into a network that showcases independent filmmakers, providing them with a space that allows creative ideas to develop into their full potential.

PULL QUOTES FOR MEDIA:
“At my core I am a passionate filmmaker and there’s so many talented artists creating that have not been discovered yet. That’s now changing with the most epic and hip film festival bringing life to their hard work! It’s been a dream to discover incredible films and screen them to a packed audience…”
– Nick Groff

“Two of my favorite things in the word are 1) supporting independent films and filmmakers and 2) judging people. And now, thanks to the VIDI SPACE Film Festival, I get to do both!”
– Kevin Tenney (director of “Witchboard” and “Night
of the Demons”)

“By presenting an opportunity to new and exciting indie filmmakers, VIDI SPACE has given a voice to those that may not have had the chance before. As well, the film festival is offering fresh and original stories to audiences looking for the next big thing in genre and beyond. If you are ready for thrills, chills, laughs and passion, look no further than the VIDI SPACE Film Festival!”
– James Oster

“I’m honored and humbled to be an upcoming judge for the VIDI SPACE Film Festival. I’m inspired by the talent that has been submitted before me. I commend all of the actors, filmmakers, and crews that worked very hard on their projects. Thank you for entrusting me to watch your work. Congratulations to all of the finalists.”
– Chad Lindberg

“Being a filmmaker myself, I know how hard it is to get a project off the ground and for it to be seen. I’ve been supporting filmmakers as much as I can via my site Arrowinthehead.com for 19 years now and I am elated to also have the opportunity to do so by way of being a Judge at the VIDI SPACE Film Festival! I
can’t wait to see all of your films! Bring them on! Let’s have some fun!”
– John Fallon 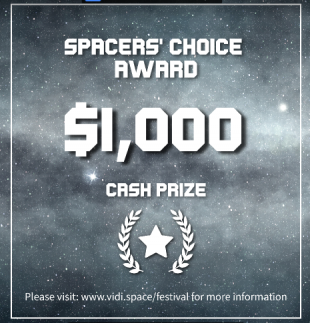