to Handle Worldwide Rights for the

Los Angeles, (June 8, 2020) Award-winning writer and director Courtney Paige teams up with seven-time recognized cinematographer Stirling Bancroft (Freaks) to tell the story of The Color Rose, where an A-list girl clique starts a cult where each of them must embody one of the seven deadly sins. They realize there is more to their small religious town after they go missing one by one.

The Color Rose breathes new life into young adult female-driven content. Produced by Siena Oberman (Skin, Mainstream, The Birthday Cake) and Hanna Griffiths (American Cherry, Angels in the Sky, Underbelly), The Color Rose has 2 wins and 15 award nominations including 5 Leo Award nominations from Canada. The film is written by Courtney Paige, Erin Hazlehurst, and Madison Smith and created by a rising female above-the-line team. The Color Rose recently had its world premiere at Mammoth Film Festival.

“We are thrilled to bring talented Courtney Paige’s clever and stylish mystery thriller to buyers. I’m so impressed with what the team achieved together, and so happy audiences will get to enjoy The Color Rose soon. Kudos also go to Stirling Bancroft for his beautiful lensing,” said Rister.

“We are excited to add The Color Rose to our Cannes 2020 slate with its award-winning stunning visuals. Stirling brings breathtaking images to the screen that have been recognized by multiple festivals. The cast has been in popular tv shows such as “Riverdale” and feature films like Scary Movie, Man of Steel, and Descendants 2-3, pulling together audiences of a broad range. Courtney Paige has shown tremendous skill and we can’t wait for the world to see her vision come to life,” Hamilton states. 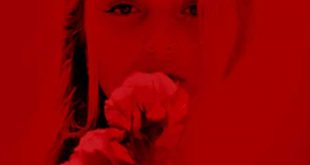